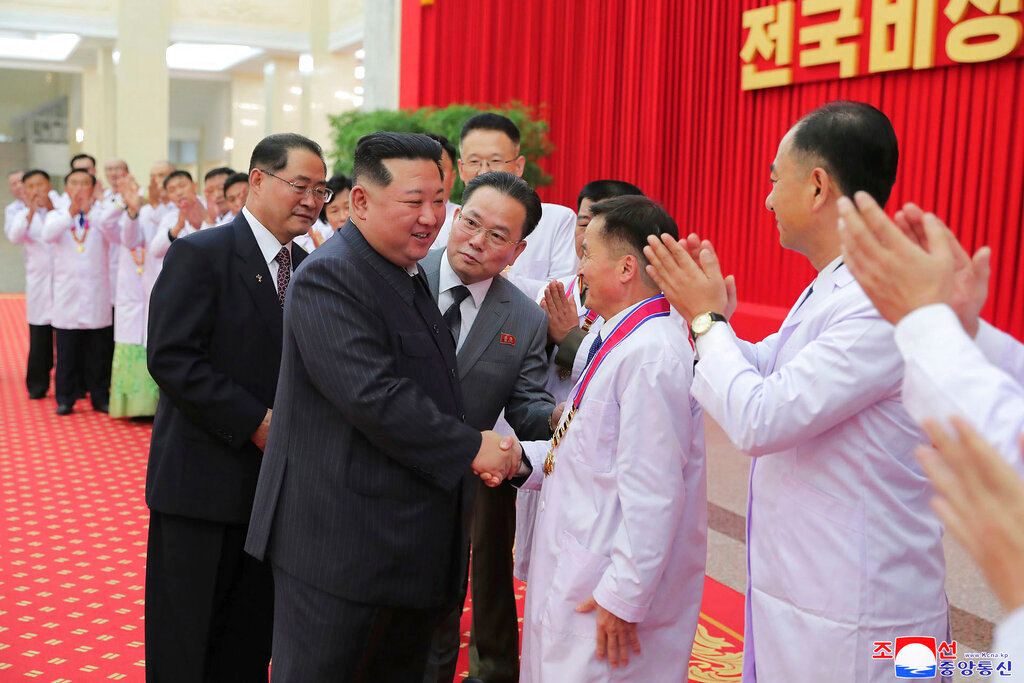 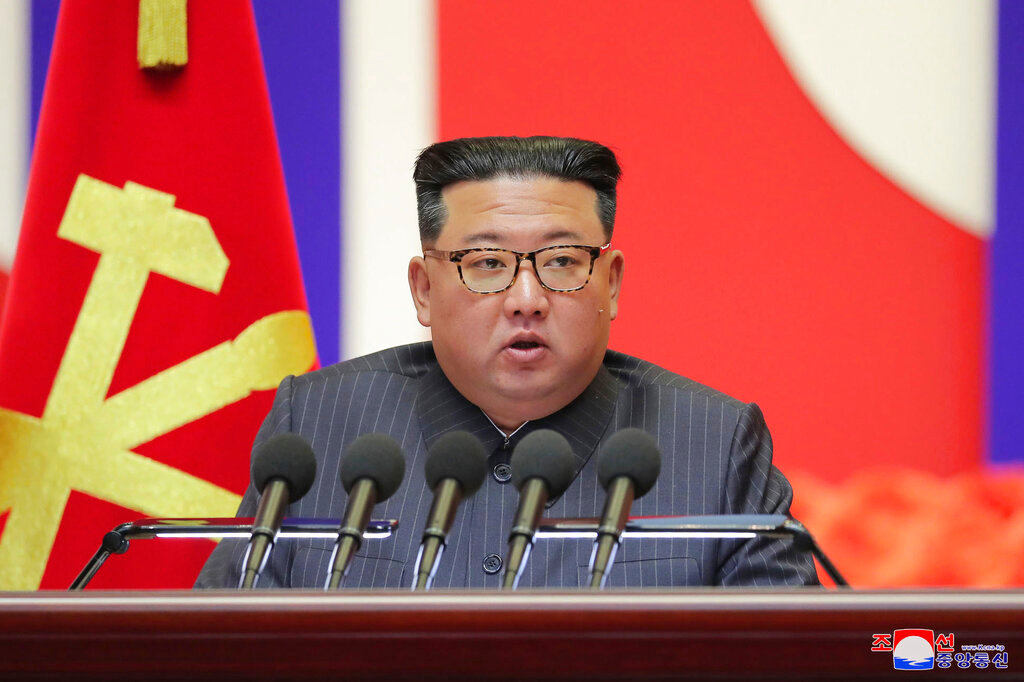 SEOUL, South Korea (AP) — In a striking speech before thousands of North Koreans, leader Kim Jong Un’s sister said he suffered a fever while guiding the country to victory over the coronavirus. She blamed rival South Korea for the outbreak and vowed “deadly” retaliation.

Kim Yo Jong, a powerful official in charge of inter-Korean relations, glorified her brother's leadership during the outbreak in her speech Wednesday at a national meeting where he jubilantly described the country's widely disputed success over the virus as an “amazing miracle” in global public health.

North Korea’s statements about its outbreak are widely believed to be manipulated to help Kim Jong Un maintain absolute authority. But experts believe the victory announcement signals his intention to move to other priorities and are concerned his sister’s remarks portend a provocation, which might include nuclear or missile tests or even border skirmishes.

In her first known televised speech, his sister said he suffered a fever and glorified his “epoch-making” leadership. She accused South Korea of spreading COVID-19 to North Korea's largely unvaccinated populace, saying the initial infections were caused by “leaflets, banknotes, awful booklets” and other items flown across the border by anti-North Korean activists in the South.

North Korea first suggested in July that its COVID-19 outbreak began in people who had contact with objects carried by balloons launched from South Korea — a questionable claim that appeared to be an attempt to blame its rival.

Since North Korea acknowledged its coronavirus outbreak in May, it has reported about 4.8 million “fever cases” in its population of 26 million but only identified a fraction of those as COVID-19. The country, which likely lacks test kits and other public health tools, has claimed the outbreak has been slowing for weeks and that just 74 people have died.

“Since we began operating the maximum emergency anti-epidemic campaign (in May), daily fever cases that reached hundreds of thousands during the early days of the outbreak were reduced to below 90,000 a month later and continuously decreased, and not a single case of fever suspected to be linked to the evil virus has been reported since July 29,” Kim said in his speech Wednesday during a national meeting at which he announced a revised pandemic response.

“For a country that has yet to administer a single vaccine shot, our success in overcoming the spread of the illness in such a short period of time and recovering safety in public health and making our nation a clean virus-free zone again is an amazing miracle that would be recorded in the world’s history of public health,” KCNA quoted him as saying.

For Kim to declare victory against the coronavirus suggests he wants to move on to other priorities, such as boosting the country's broken and heavily sanctioned economy, which has been further damaged by pandemic border closures, or conducting a nuclear test, said Leif-Eric Easley, a professor of international studies at Ewha Womans University in Seoul.

South Korean and U.S. officials have said North Korea could be gearing up for its first nuclear test in five years amid a torrid series of weapons tests this year that included its first launches of intercontinental ballistic missiles since 2017.

The provocative tests underscore Kim’s intent to advance his arsenal while also pressuring the Biden administration over long-stalled negotiations in which he hopes to use his nuclear weapons as leverage for badly needed sanctions relief and security concessions, experts say.

Kim Yo Jong's bellicose rhetoric indicates she will try to blame any COVID-19 resurgence on South Korea and is also looking to justify North Korea’s next military provocation, Easley said.

Activists in South Korea for years have flown balloons across the border to distribute hundreds of thousands of propaganda leaflets critical of Kim's regime. North Korea has often expressed fury at the activists and at South Korea’s government for not stopping them.

During Wednesday’s meeting, Kim Yo Jong called the country’s virus outbreak a “hysteric farce” kicked off by South Korea to escalate confrontation.

“(South Korean) puppets are still thrusting leaflets and dirty objects into our territory. We must counter it toughly,” she said. “We have already considered various counteraction plans, but our countermeasure must be a deadly retaliatory one.”

North Korean state TV showed some people in the audience of thousands crying as she spoke about her brother’s fever — a reference that wasn’t further explained. The crowd applauded and cheered as she vowed North Korea will “eradicate not only the virus but also (South Korean) government authorities” if the “enemies continue dangerous acts that could introduce the virus into our republic.”

While Kim Yo Jong has made many speeches and statements in recent years as one of the most powerful members of her brother’s leadership circle, Thursday was the first time North Korean media have broadcast the complete video and audio of one of her speeches, South Korea’s Unification Ministry said. The highlighting of her speech by state media reflects her rising status and could be aimed at emphasizing the threat directed at South Korea.

North Korea’s claim about the origin of the outbreak contradicts outside experts, who believe the omicron variant spread when the country briefly reopened its border with China to freight traffic in January, and surged further following a military parade and other large-scale events in Pyongyang, its capital, in April.

In May, Kim Jong Un prohibited travel between cities and counties to slow the spread of the virus. But he also stressed that his economic goals should be met, which meant huge groups continued to gather at agricultural, industrial and construction sites.

At the virus meeting, Kim called for the easing of preventive measures and for the nation to maintain vigilance and effective border controls, citing the global spread of new coronavirus variants and monkeypox.