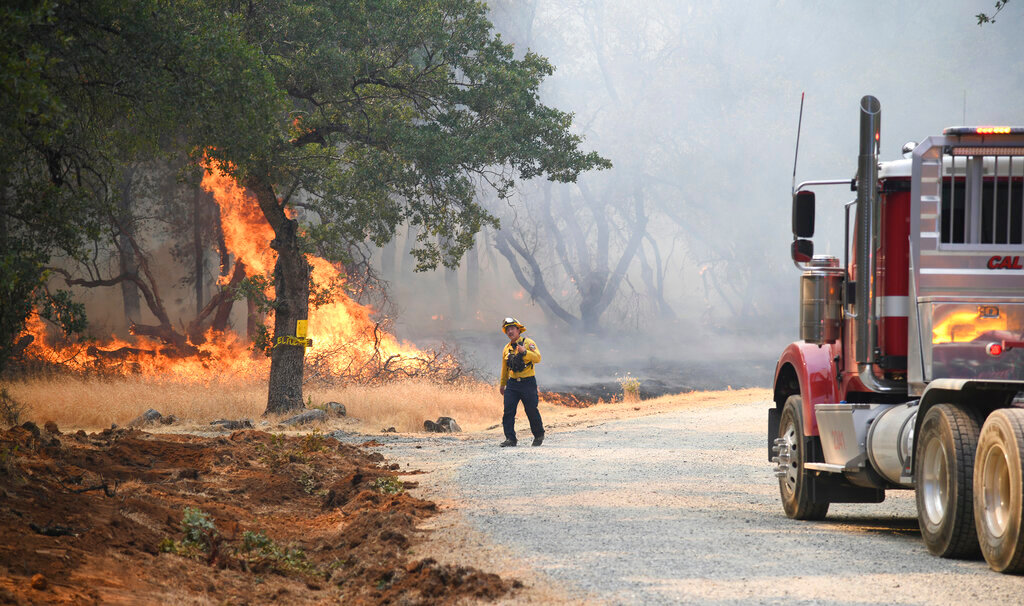 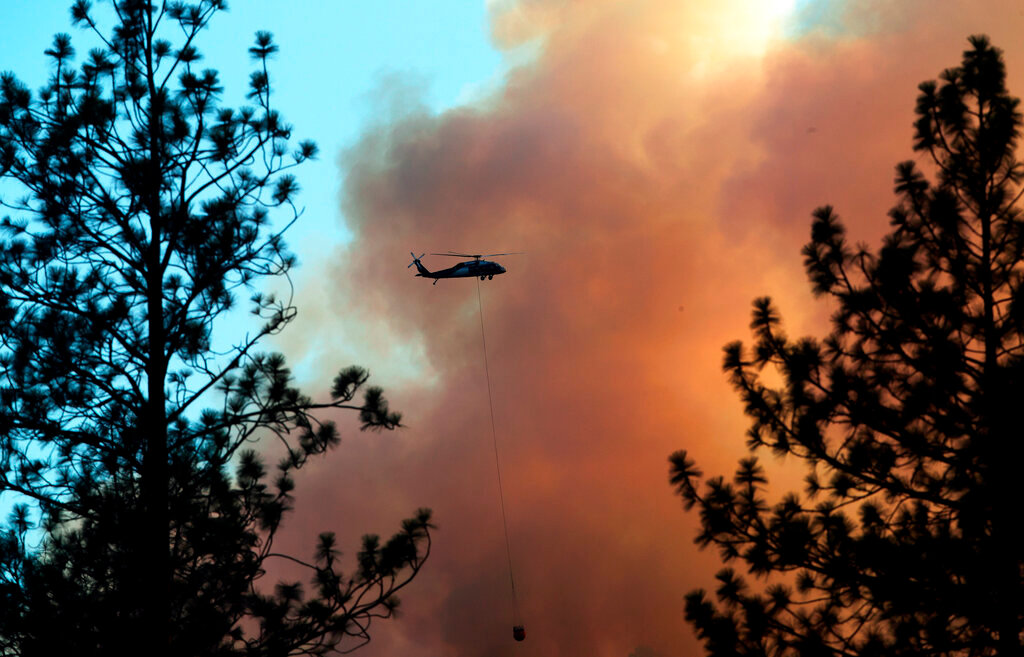 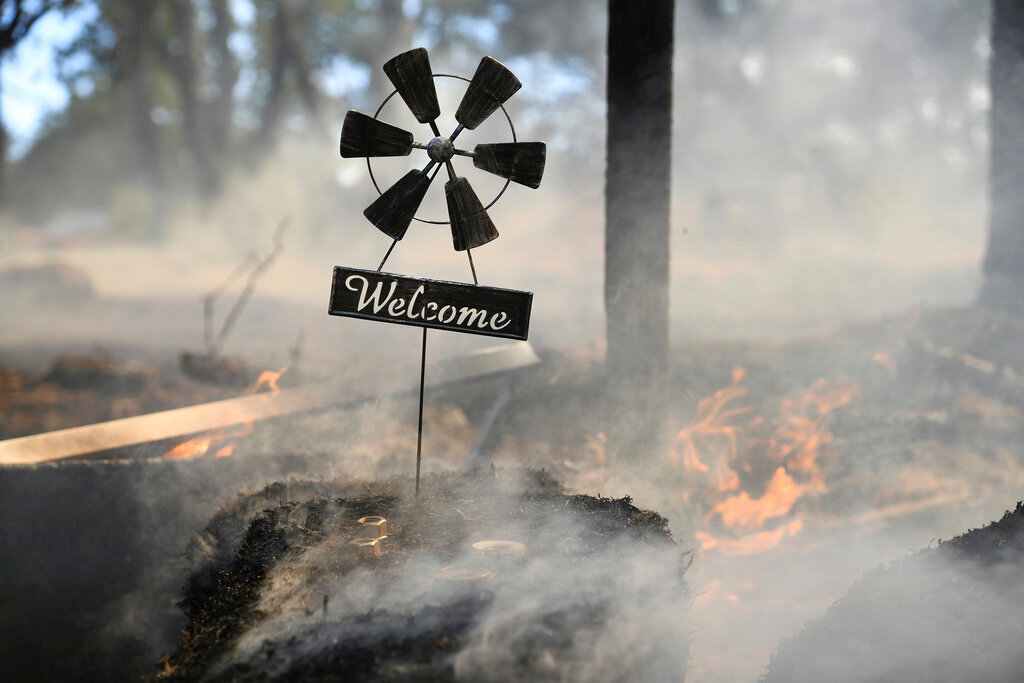 A welcome home sign sits at the front gate of a home along Troost Trail, that was saved by firefighters from the Rices Fire on Tuesday, June 28, 2022, in California's Nevada County. (Elias Funez/The Union via AP)
Previous Next
Posted Wednesday, June 29, 2022 10:43 am

BRIDGEPORT, Calif. (AP) — A wildfire that erupted in Northern California forced evacuations as it threatened about 500 homes and other buildings Tuesday, authorities said.

The Rices Fire erupted at around 2 p.m. near the Yuba River in Nevada County and had spread to more than 500 acres by nightfall, said Unit Chief Brian Estes of the California Department of Forestry and Fire Protection.

The rural area is in the Sierra Nevada, northeast of Sacramento and about halfway between the state Capitol and the Nevada border.

Authorities earlier said the fire began with a burning building and the flames spread to nearby dry vegetation.

At an evening news conference, however, Estes said he couldn't confirm reports that some buildings had been destroyed.

About 350 buildings homes and other buildings were under evacuation orders, county Sheriff Shannan Moon said.

Firefighters fought the blaze on the ground and in the air, with aircraft making dozens of drops of water and fire retardant.

The fire was one of several in Northern California that flared Tuesday as the state sweltered under summer heat, with temperatures in the Rices Fire area hitting as high as 98 degrees with low humidity.

A blaze that erupted Tuesday morning in San Luis Obispo County burned through grass and brush. It threatened about 50 buildings but no damage or injuries were reported and the blaze was 25% contained, fire officials said.

In Glenn County, a fire that charred more than 300 acres was 65% contained.

Another fire near Davis, west of Sacramento, was contained without building damage or injuries after burning 500 acres, authorities said.