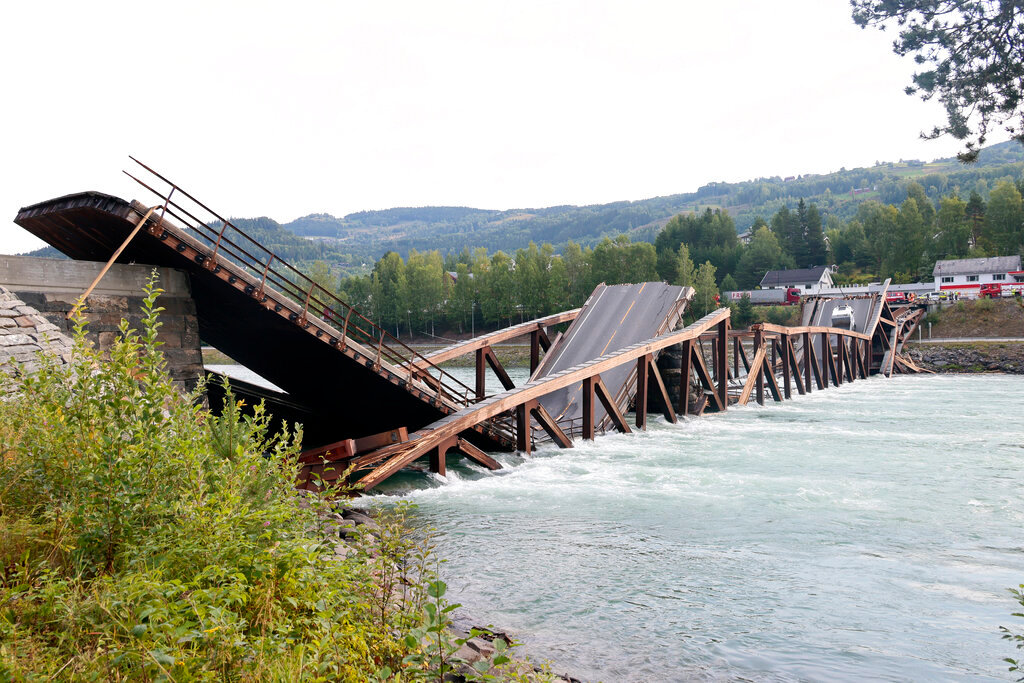 COPENHAGEN, Denmark (AP) — A wooden bridge over a river in southern Norway collapsed early Monday, with a car plunging into the water and a truck getting stuck on a raised section. The drivers of both vehicles were rescued and doing well, police said.

Police were alerted shortly after 7:30 a.m. that the bridge had collapsed as a truck and a car were crossing over it. The cause wasn’t immediately known.

The car plunged into the river while the truck remained on the bridge in a nearly vertical position on a section that was raised at a steep angle out of the water.

A helicopter assisted in the rescue operation and pulled out the truck driver, police said. The driver of the car managed to get out of his vehicle by himself.

The nearly 500-foot-long bridge connects the west bank of the Gudbrandsdalslaagen River and the village of Tretten. The bridge opened in 2012.

“It is completely destroyed, everything has fallen down,” he added.

Atle Formo, who lives by the Tretten bridge, said he heard “an intense crash.”

“The whole house was shaking. I was rolling up the blinds in the bedroom and looked right at a bridge laying in the river,” he told Norwegian broadcaster TV2.