Official: All those killed at Texas school were in 1 room 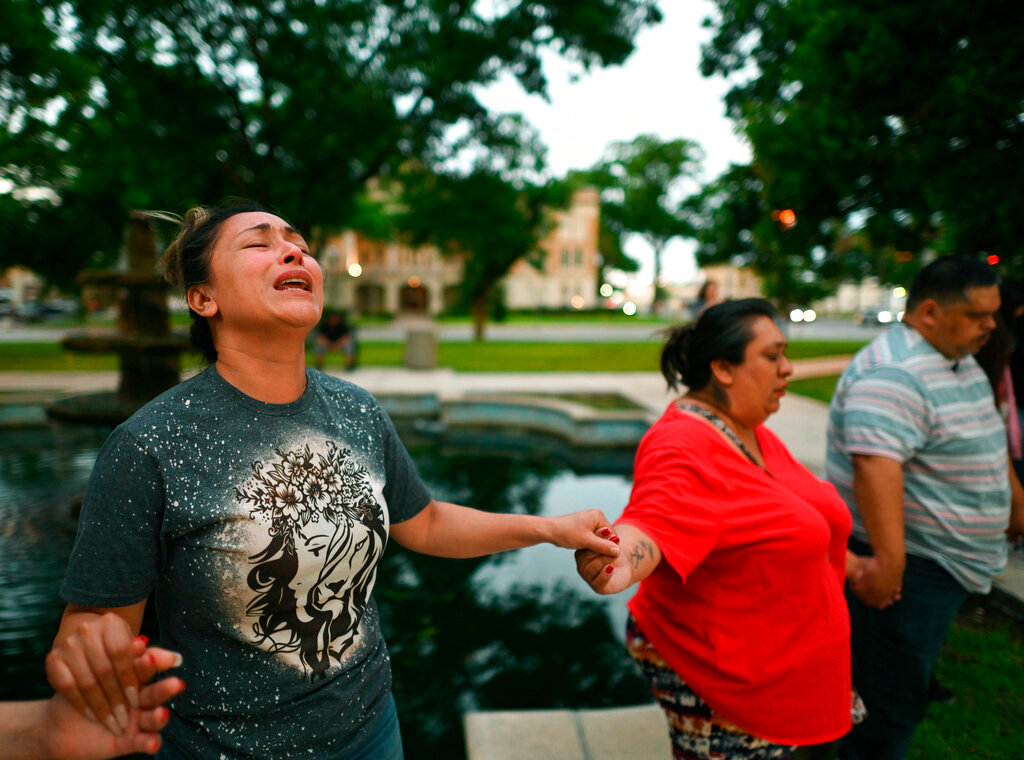 Kladys Castellón prays during a vigil for the victims of a mass shooting at Robb Elementary School in Uvalde, Texas, on Tuesday, May 24, 2022. (Billy Calzada/The San Antonio Express-News via AP) 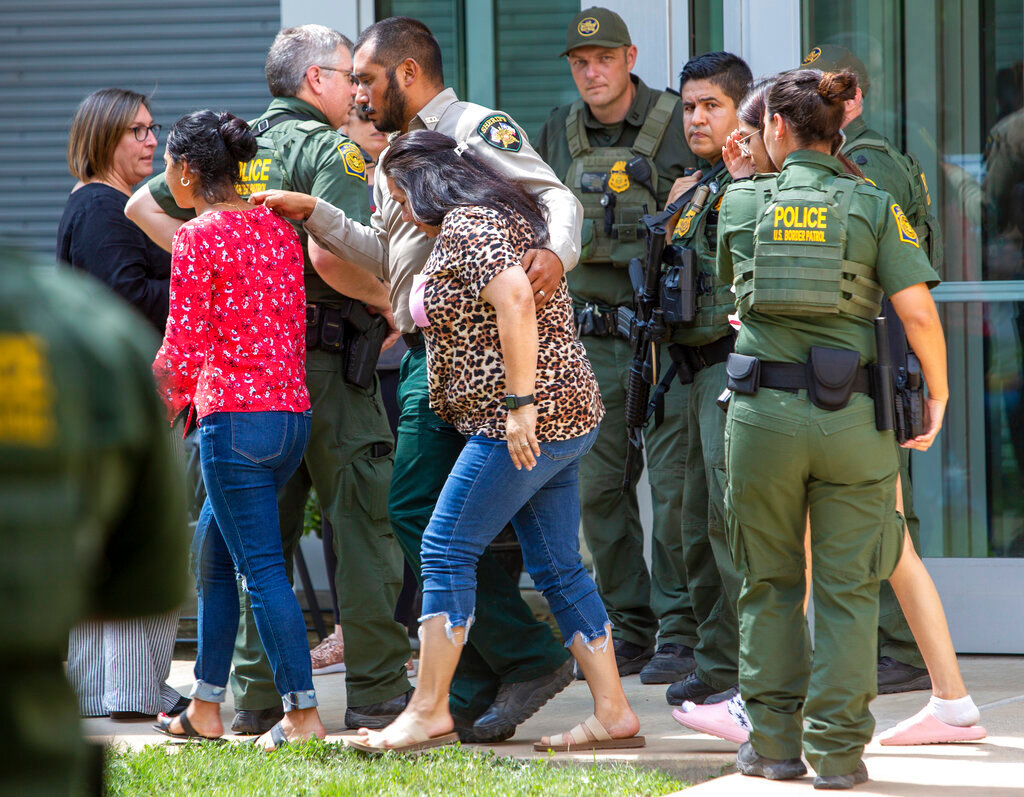 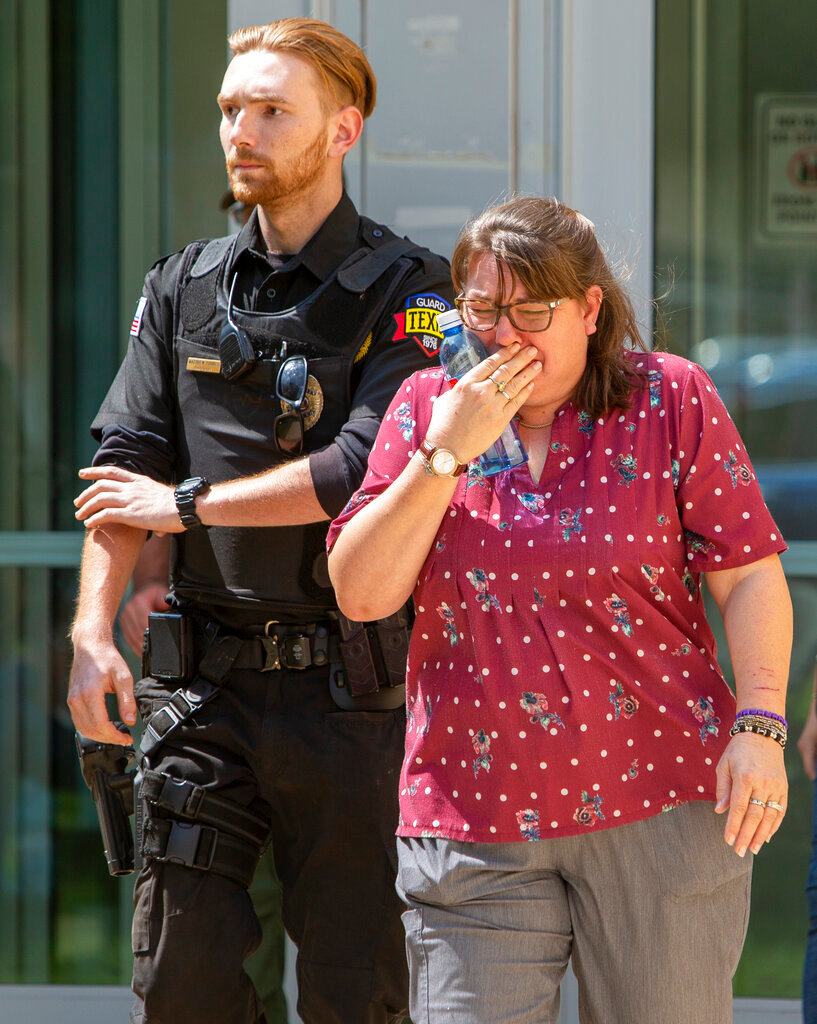 A woman cries as she leave the Uvalde Civic Center following a shooting earlier in the day at Robb Elementary School, Tuesday, May 24, 2022, in Uvalde, Texas. (William Luther/The San Antonio Express-News via AP)
Previous Next
Posted Wednesday, May 25, 2022 8:45 am
By ACACIA CORONADO and JIM VERTUNO, Associated Press

UVALDE, Texas (AP) — An 18-year-old gunman opened fire Tuesday at a Texas elementary school, killing at least 18 children as he went from classroom to classroom, officials said. The attacker was killed by law enforcement.

A law enforcement official says all those killed at a Texas elementary school were in the same classroom. Texas Department of Public Safety Lt. Christopher Olivarez told CNN that all victims were in the same fourth-grade classroom at Robb Elementary School in Uvalde.

The death toll also included two adults, authorities said. Gov. Greg Abbott said one of the two was a teacher.

The massacre at the school in the heavily Latino town of Uvalde was the deadliest shooting at a U.S. grade school since a gunman killed 20 children and six adults at Sandy Hook Elementary in Newtown, Connecticut, almost a decade ago.

“My heart is broken today,” said Hal Harrell, the school district superintendent, announcing that all school activities were canceled until further notice. “We’re a small community, and we’re going to need your prayers to get through this.”

Many of the injured were rushed to Uvalde Memorial Hospital, where staff members in scrubs and devastated victims' relatives could be seen weeping as they walked out of the complex.

The gunman, who was wearing body armor, crashed his car outside the school before going inside, Sgt. Erick Estrada of the Texas Department of Public Safety told CNN.

He killed his grandmother before heading to the school with two military-style rifles he had purchased on his birthday, Gutierrez said.

“That was the first thing he did on his 18th birthday,” he said.

Officials did not immediately reveal a motive, but the governor identified the assailant as Salvador Ramos and said he was a resident of the community about 85 miles west of San Antonio.

Ramos had hinted on social media that an attack could be coming, Gutierrez said, noting that “he suggested the kids should watch out.”

A Border Patrol agent who was working nearby when the shooting began rushed into the school without waiting for backup and shot and killed the gunman, who was behind a barricade, according to a law enforcement official speaking on condition of anonymity because he was not authorized to talk about it.

The agent was wounded but able to walk out of the school, the law enforcement source said.

It was not immediately clear how many people were wounded, but Arredondo said there were “several injuries.” Earlier, Uvalde Memorial Hospital said 13 children were taken there. Another hospital reported a 66-year-old woman was in critical condition.

Robb Elementary School has an enrollment of just under 600 students, and Arredondo said it serves students in the second, third and fourth grade. He did not provide ages of the children who were shot. This was the school's last week of classes before summer break.

Heavily armed law enforcement officers swarmed to the school, with officers in tactical vests diverting traffic and FBI agents coming and going from the building.

Uvalde, home to about 16,000 people, is about 75 miles from the border with Mexico. Robb Elementary is in a mostly residential neighborhood of modest homes.