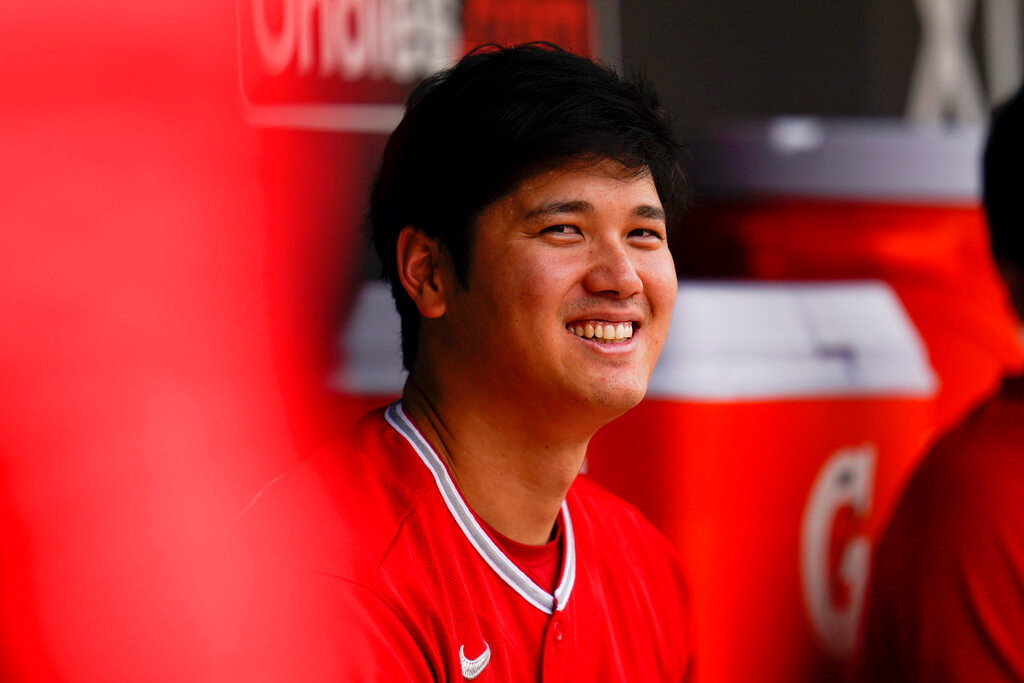 NEW YORK (AP) — In a city of stars, the Angels' Shohei Ohtani and the Dodgers' Clayton Kershaw will be in the spotlight on July 19 at Dodger Stadium.

“I think it’s been a couple of years since I got to compete in an All-Star Game, and something about Dodger Stadium, too, is special,” Kershaw said after pitchers and reserves were announced Sunday. “I don’t take that for granted. Like I said before, I hope I didn’t take anybody’s spot that was more deserving than me, but now that it’s official and I get to do it, I am very excited about it.”

A year after he became the first two-way All-Star, Ohtani was picked for the American League pitching staff as a Major League Baseball selection, two days after he was elected by fans to start at designated hitter.

Kershaw, 6-2 with a 2.40 ERA, and pitcher Tony Gonsolin were chosen from the host Dodgers, joining starting outfielder Mookie Betts and shortstop Trea Turner. Kershaw was picked by MLB and is a favorite to open on the mound for the NL, which has lost eight straight All-Star Games and 20 of the last 23 played to a decision.

“I’m going to try to take it all in as best I can,” said the 34-year-old left-hander, a three-time Cy Young Award winner. “As the years go by, you start to appreciate things a bit more, so every time I get to pitch at Dodger Stadium, every time we get a win, every time something significant happens, I try to take it in a little bit more now.”

Pitchers Clay Holmes, Gerrit Cole, and Nestor Cortes made the AL team from the Yankees along with catcher Jose Trevino, giving New York six All-Stars for the first time since 2011. Outfielders Aaron Judge and Giancarlo Stanton were elected to start.

Contreras will be the NL’s DH in place of Philadelphia’s Bryce Harper, who was elected to start but broke his left thumb on June 25.

Contreras and Chicago Cubs catcher Willson Contreras will be the first brothers in the same All-Star Game since Aaron and Bret Boone in 2003. They will be just the fifth brothers to start in an All-Star Game after Mort and Walker Cooper in 1942 and '43, Dixie and Harry Walker in 1947, Joe and Dom DiMaggio in 1949, and Roberto and Sandy Alomar Jr. in 1992.

Seattle outfielder Julio Rodríguez was the lone rookie picked and at 21 is the youngest of this year’s All-Stars. There are 30 first-time All-Stars and Rodríguez, who debuted on April 8, is among 10 aged 24 or younger.

Ohtani, the reigning AL MVP, is hitting .260 with 19 homers and 59 RBIs and is 8-4 with a 2.44 ERA, 111 strikeouts, and 20 walks in 81 innings. He has won five consecutive starts and is coming off a Wednesday outing at Miami when he became the first player in major league history to strike out 10 batters, drive in two runs and steal a base.

Detroit first baseman Miguel Cabrera is the senior All-Star with 12 selections and St. Louis DH Albert Pujols is second with 11, both picks of baseball Commissioner Rob Manfred under a provision for career achievements in the new collective bargaining agreement.

Los Angeles Angels outfielder Mike Trout is next with 10, followed by Kershaw and Verlander with nine apiece. Trout was picked for the ninth straight time.

At least one player must be included from all 30 teams. Twenty-eight All-Stars were born outside the 50 states.