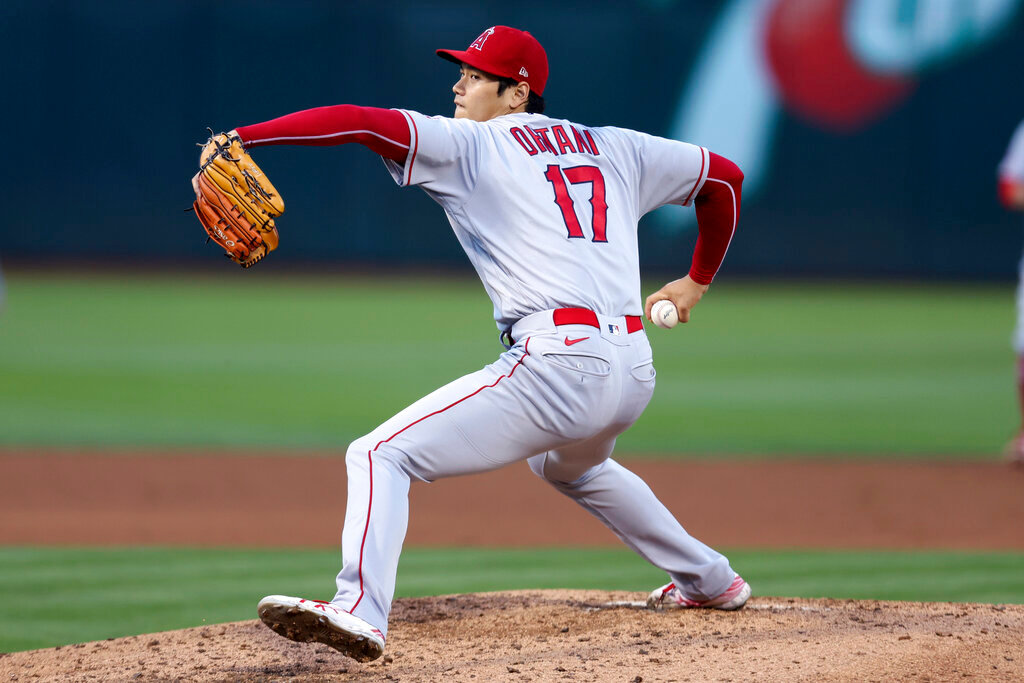 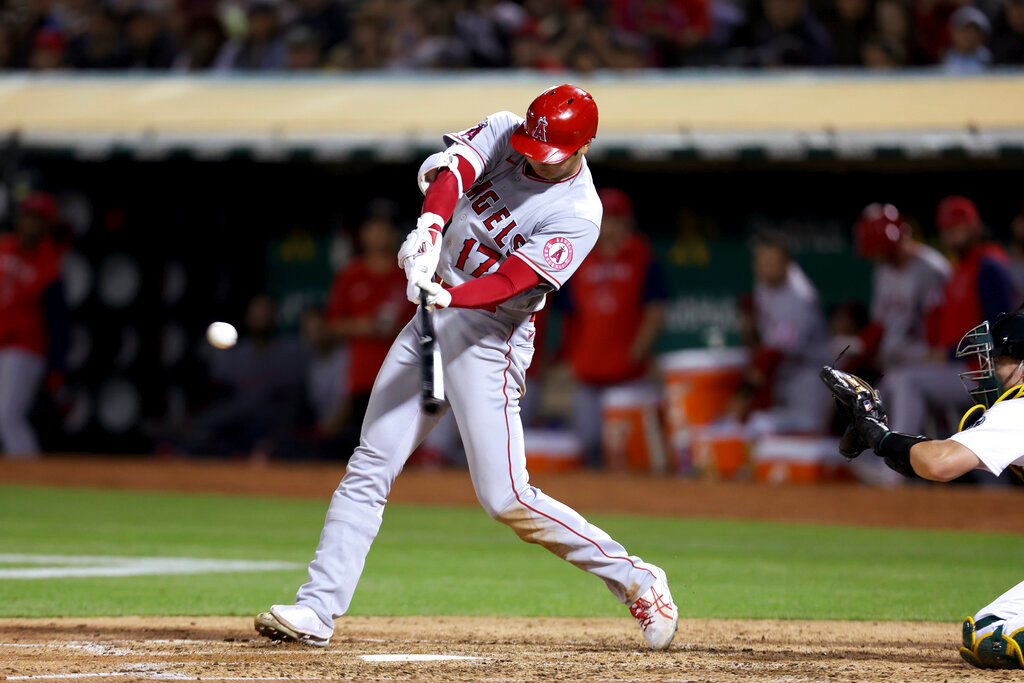 OAKLAND, Calif. (AP) — Another home run, another pitching win, another spot in the history books. Just another night for Shohei Ohtani.

The two-way sensation from Japan withstood another injury scare and pitched six scoreless innings to go with his team-leading 25th home run, reaching yet another monumental milestone as the Los Angeles Angels beat the Oakland Athletics 5-1 on Tuesday.

Ohtani joined Babe Ruth (1918) as the only players in major league history to have at least 10 home runs and 10 wins in the same season. According to the Angels, two players from the Negro Leagues also did it: Bullet Rogan of the 1922 Kansas City Monarchs and Ed Rile of the 1927 Detroit Stars.

“I feel like every time we’re out there he does something special,” Angels interim manager Phil Nevin said. “You try not to take for granted what we’re seeing every night but it’s pretty awesome to be a part of. These things don’t go by us lightly.”

Ohtani singled and scored on Taylor Ward’s three-run homer in the fifth, then connected for a towering drive off Sam Selman leading off the seventh as a throng of red-clan fans sitting behind the Angels dugout roared.

That moved Ohtani past Ichiro Suzuki for the second-most home runs (118) by a Japanese-born player. Hideki Matsui had 175.

“Obviously we’re very different types of hitters, but if I get to pass Ichiro I’m really honored,” Ohtani said through a translator.

On the mound, Ohtani (10-7) was mostly crisp. He had five strikeouts, allowed four hits and retired seven of his final eight batters.

“After that home run today, I turned to the umpire and third base coach and was just like, ‘I don’t know how he does it,'" A’s third baseman Vimael Machín said. “Just being an elite player overall who can throw over 100 mph with nasty off speed and hit the ball the way he hits it, I can’t even describe that. I wish I could do that, too. It’s amazing what he does.”

The reigning AL MVP almost didn’t make it out of the third.

Two days after getting spiked on the top of his left foot following a collision with Mariners pitcher Marco Gonzalez near the on-deck circle, Ohtani was hit near the same area by an 87 mph line drive from Ramón Laureano.

After making the play for the final out of the inning, Ohtani bent at the waist in obvious discomfort and then limped slowly off the field. He returned to the field a few moments later to test his leg, and stayed in the game.

“It hit my foot pretty square so initially I thought there was a good chance that might be it tonight,” Ohtani said. “Got back in there and it wasn’t as bad as I initially thought.”

“He’s good. He’ll play tomorrow it looks like,” Nevin said. “It hit him right on the instep. Those things, if you sit for a while, a little bit of a chilly night, it tightened up on him a little bit.”

Steven Duggar, claimed off waivers from Texas on Sunday, tripled and scored for Los Angeles. The Angels are 5-1 at the Coliseum this season.

Chad Pinder homered for the A’s.