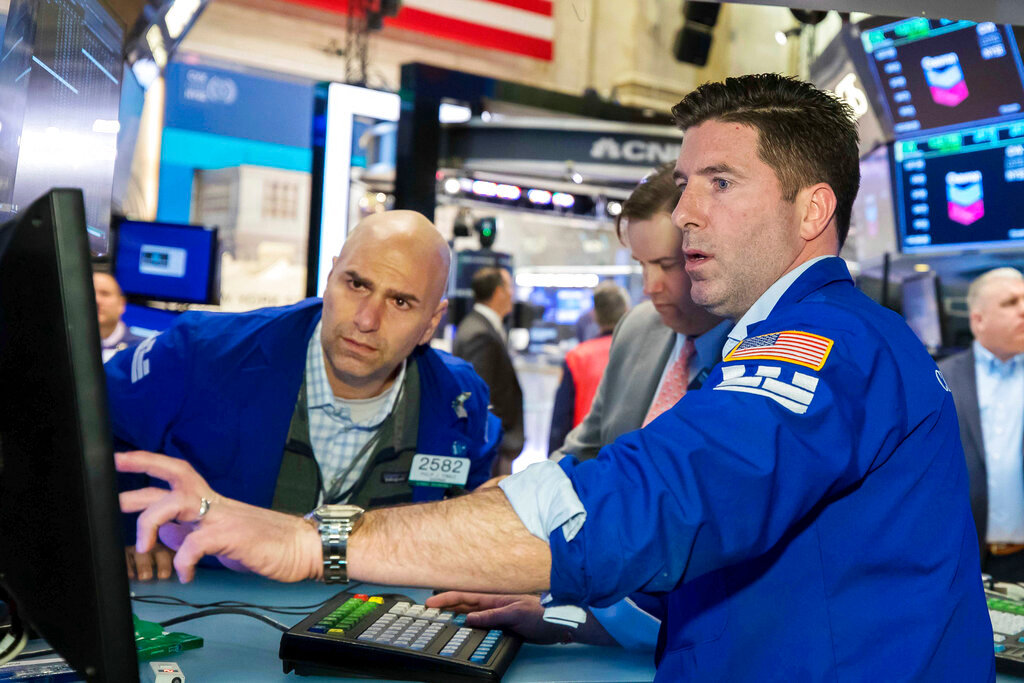 NEW YORK (AP) — Oil prices soared Tuesday and investors shifted more money out of stocks and into ultra-safe U.S. government bonds as Russia stepped up its war on Ukraine.

The bigger moves came from the markets for oil, agricultural commodities and government bonds. Oil has been a key concern because Russia is one of the world’s largest energy producers. The latest bump in prices increases pressure on persistently high inflation that threatens households around the world.

The crisis in Ukraine prompted an extraordinary meeting of the International Energy Agency's board, which resulted in all 31 member countries agreeing to release 60 million barrels of oil from their strategic reserves,

Russia's invasion of Ukraine has also put more pressure on agricultural commodity prices, which were also already getting pushed higher with rising inflation. Wheat and corn prices rose more than 4% per bushel and are already up more than 20% so far this year. Ukraine is a key exporter of both crops.

Investors continued putting money into bonds. The yield on the 10-year Treasury fell sharply, to 1.71% from 1.83% late Monday. It is now back to where it was in January. In February, it had crossed back above 2% for the first time in over two years. The 10-year Treasury yield is used to set interest rates on mortgages and many other kinds of loans.

The conflict in Ukraine has shaken markets globally and added to worries about economic growth in the face of rising inflation and plans from central banks to raise interest rates. The U.S. and its allies have been putting significant pressure on Russia's financial system as that nation continues its push into Ukraine and its key cities.

The value of the Russian ruble plunged to a record low Monday after Western countries moved to block some Russian banks from a key global payments system. Also Monday, the U.S. Treasury Department announced more sanctions against Russia’s central bank.

Various companies have announced plans to scale back or pull out from ventures in Russia, or to suspend operations in Ukraine due to the conflict. The Russian central bank has also raised its key rate to 20% from 9.5% in a desperate attempt to shore up the plummeting ruble and prevent a run on banks. Russia's stock market remained closed on Tuesday.

Investors are closely monitoring developments in Ukraine while awaiting the latest updates from the Fed and U.S. government on the economy. Fed Chair Jerome Powell is to testify before Congress later this week and that could offer clues on the path ahead for raising interest rates. A report on Friday will also show whether strength in the U.S. jobs market continued in February, allowing the Fed more leeway to raise rates.

Several stocks made big moves on earnings. Target jumped 10.6% after reporting strong fourth-quarter financial results and saying it will invest up to $5 billion this year in physical stores, remodels and other initiatives. Workday rose 6% after reporting encouraging earnings.