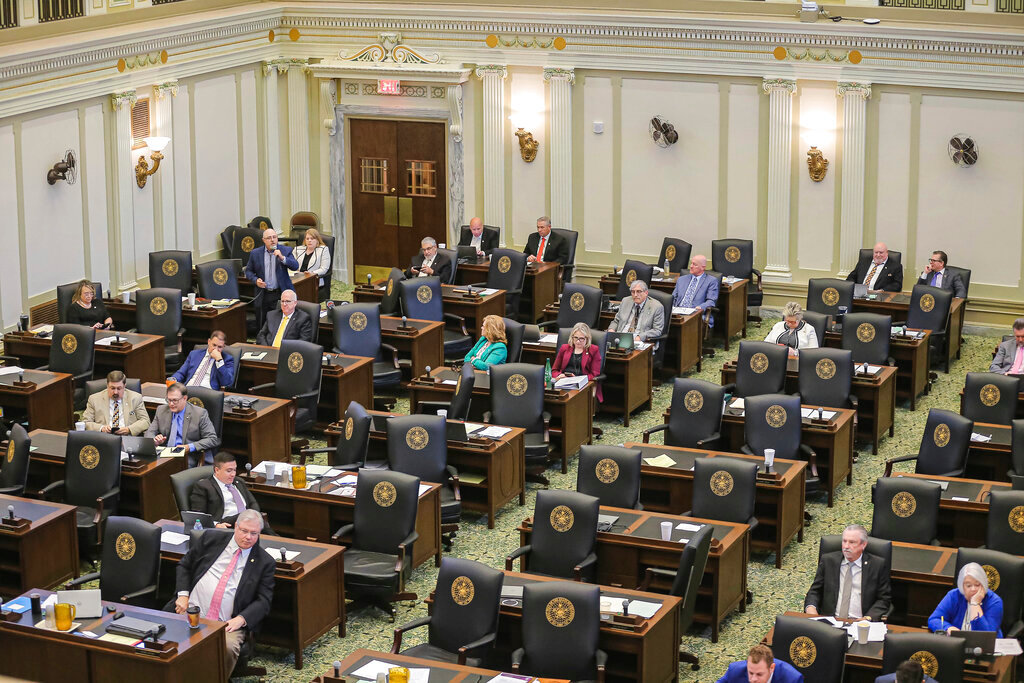 Rep. Justin Humphrey, R-Lane urges lawmakers to vote yes on House Bill 4327 during debate in the House of Representatives at the state Capitol Thursday, May 19, 2022. (Nathan J Fish/The Oklahoman via AP) 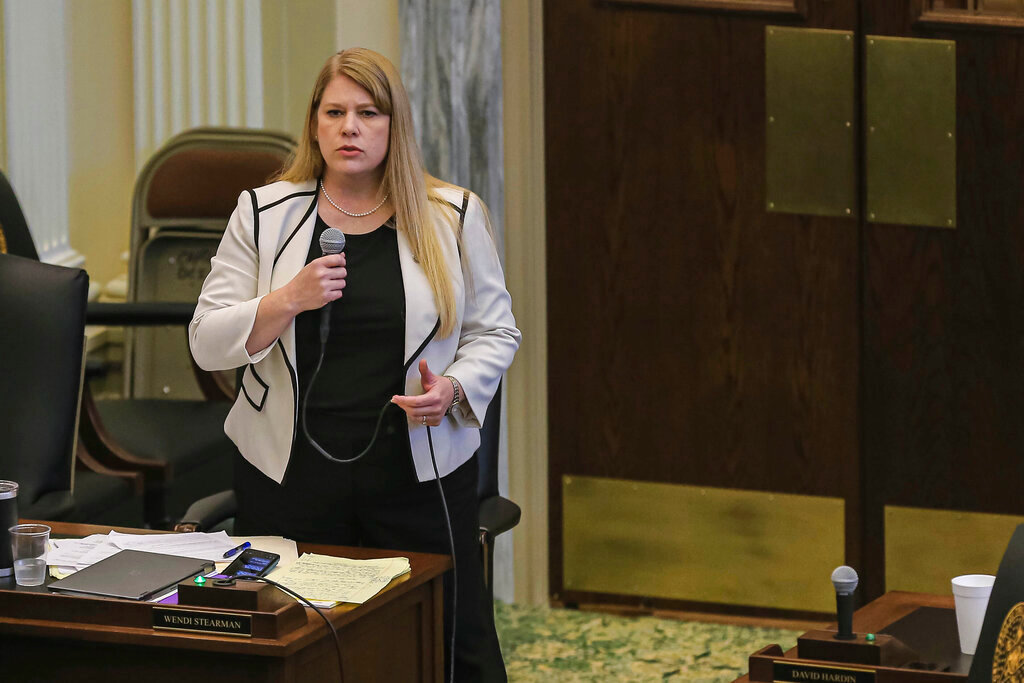 Rep. Wendi Stearman, R-Collinsville urges lawmakers to vote yes on House Bill 4327 during debate in the House of Representatives at the state Capitol Thursday, May 19, 2022. (Nathan J Fish/The Oklahoman via AP)
Previous Next
Posted Thursday, May 19, 2022 6:19 pm
By SEAN MURPHY, Associated Press Writer

OKLAHOMA CITY (AP) — Oklahoma lawmakers on Thursday approved a bill prohibiting all abortions with few exceptions, and providers said they would stop performing the procedure as soon as the governor signs it.

Two of the state's four abortion clinics already stopped providing abortions after the governor signed a six-week ban earlier this month, and an attorney for the two other independent clinics said they will no longer offer services once the bill is signed. The bill is likely to reach Gov. Kevin Stitt's desk early next week, and the first-term Republican running for reelection has already said he would sign any pro-life bill the Legislature sends to him. It would take effect immediately after he signs it.

“This bill could go into effect at any time, and once it does, any person can sue the clinic, the doctors, anyone else who is involved in providing an abortion in Oklahoma," said Rabia Muqaddam, an attorney for the Center for Reproductive Rights, which is representing Oklahoma clinics in legal challenges against several proposed new pro-life laws.

The bills are part of an aggressive push in Republican-led states across the country to scale back abortion rights. It comes on the heels of a leaked draft opinion from the U.S. Supreme Court that suggests justices are considering weakening or overturning the landmark Roe v. Wade decision that legalized abortion nearly 50 years ago.

The bill by Collinsville Republican Rep. Wendi Stearman would prohibit all abortions, except to save the life of a pregnant woman or if the pregnancy is the result of rape or incest that has been reported to law enforcement.

“Is our goal to defend the right to life or isn't it?" Stearman asked her colleagues before the bill passed on a 73-16 vote, mostly along party lines.

The bill specifically authorizes doctors to remove a “dead unborn child caused by spontaneous abortion" or to remove an ectopic pregnancy, a potentially life-threatening emergency that occurs when a fertilized egg implants outside the uterus, often in a fallopian tube and early in pregnancy.

The bill also does not apply to the use of Plan B, morning-after pills or any other type of contraception.

Because the bill defines an “unborn child" as a human fetus or embryo in any stage of gestation from fertilization until birth, it is not expected to apply to in vitro fertilization, which is when eggs are fertilized in a lab before being transferred into a woman's uterus, said Dr. Eli Reshef, an Oklahoma City fertility specialist.

“(The bill) does not criminalize what we do," Reshef said. “No matter one's position on abortion, we are not concerned about the bill harming our particular profession."

The bill is one of at least three pro-life bills sent this year to Stitt. Another Texas-style abortion bill that prohibits the procedure after cardiac activity can be detected in the embryo, which experts say is about six weeks, already has taken effect and has already dramatically curtailed the practice in Oklahoma. Another bill set to take effect this summer would make it a felony to perform an abortion, punishable by up to 10 years in prison. That bill contains no exceptions for rape or incest.

Like the Texas law, the Oklahoma bill would allow private citizens to sue abortion providers or anyone who helps a woman obtain abortion. After the U.S. Supreme Court allowed that mechanism to remain in place, other Republican-led states sought to copy Texas’ ban. Idaho’s governor signed the first copycat measure in March, although it has been temporarily blocked by the state’s Supreme Court.

After Texas passed its bill last year, there was a dramatic reduction in the number of abortions performed in that state, with many women going to Oklahoma and other surrounding states for the procedure.

There are legal challenges pending in Oklahoma to both the bill to criminalize abortion and the six-week Texas ban, but the courts have so far failed to stop either measure.

Before the Texas ban took effect on Sept. 1, about 40 women from Texas had abortions performed in Oklahoma each month, the data shows. That number jumped to 222 Texas women in September and 243 in October.