Only 3 pastors in 92 years: Mt. Harmony Baptist Church proves it can be done 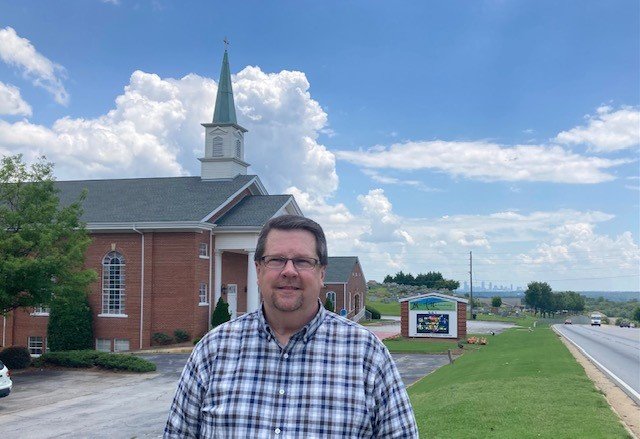 MABLETON, Ga. – In the Bible belt where pastors come and go almost like nomadic shepherds, something’s different at Mt. Harmony Baptist Church in the Atlanta suburb of Mableton.

Preachers here tend to stick around long term. In fact, Mt. Harmony has had only three pastors in the past 92 years.

Pastor Randal Whitten, who has been here for the past 13 years, said the reason may be that the congregation is made up of a loving group of people who work together in harmony, as the church’s name suggests.

“There is a spirit of unity and cooperation here,” Whitten said. “The people are gracious and loving and forgiving.”

Thom Rainer, the former president of the Southern Baptist Convention’s LifeWay Christian Resources, has said the median tenure for pastors is four years. That means, he said, that half of all pastors leave the churches they serve before their fourth anniversary.

Rainer called that unfortunate because, research shows, the most fruitful time of ministry for pastors doesn’t begin until they’ve been at their churches from five to seven years.

“W.A. Criswell once preached a sermon on the advantages and disadvantages of a long pastorate,” Burch said. “Of those advantages he listed, one idea that stands out is moving from being a minister to families to being a member of the family. Another advantage is actually being able to see a long-term vision become a reality. As the Lord leads some to move on and others to stay longer, it seems that the pastor must alter his own leadership from pioneer to partner to promoter.”

Mt. Harmony, which celebrates 150 years of ministry on Sept. 19, had a rapid succession of pastors in its early years. But when the late G.W. Southard arrived in 1929, that changed. He stayed 30 years. Southard was followed by the late Bob Baxter, who served 49 years.

“Obviously the Lord should be, and is, the one who determines the length of time a pastor should remain at a church,” said Tim Dowdy who leads the pastor wellness minister at the Georgia Baptist Mission Board. “And when the Lord chooses for a pastor to faithfully shepherd one congregation over a long period of time, it is such a blessing to a congregation.”

Dowdy said consistency in leadership typically means greater trust and that can result in greater effectiveness in sharing the gospel.

“Relationships become stronger between the pastor and the people because relationships are built on trust and trust is gained through the investment of time,” he said.

Mt. Harmony was organized in 1871, long before urban sprawl brought Mableton into the Atlanta metropolitan area. In fact, the first worship service was under a brush arbor in what at the time was rural Georgia. The next year, they gave up the brush arbor for a log cabin. By 1896, they had moved into a more traditional one-room church building.

From those humble beginnings came major milestones in the life of the church. They hooked onto the Georgia Power electrical grid in 1939, added a baptistry, stained-glass windows and a steeple in the 1940s, constructed a new sanctuary in the 1950s and added an education building and fellowship hall in the 1970s.

Rainer listed a number of traits prevalent among pastors who stay at churches long term. Among them, he said, those pastors connect with and love people in the communities they serve. And, he said, they choose their battles carefully and wisely.

“Not every issue is worth a fight,” Rainer said. “Long-term pastors are not cowardly; they are just highly selective and wise.”

Whitten said the Mt. Harmony congregation is working hard to reach an ever-growing community as the population of the Atlanta metro increases, and, in living up the church’s name, they’re doing it together in harmony with one another.

“That doesn’t mean we agree on everything,” he said. “But we agree on the priority things.”