Part 2: The three types of students 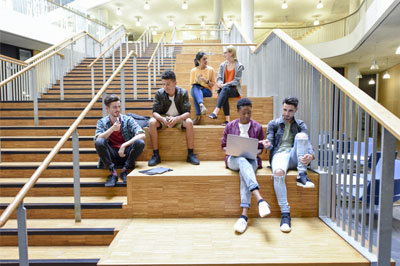 Note: An earlier version of this story contained some formatting errors that may have led to confusion over results of the questions.

In the last article, I shared the three kinds of students I have discovered over seven years of teaching Bible survey classes at Shorter University. The three groups are:

At the beginning of each Bible survey course, I give a Bible literacy pretest which I described in Part 1. My evaluation of the pretests of over 1,600 students over the past seven years have revealed two startling discoveries.

Knowledge of the Bible among students is very low.

It is one thing to read about the low Bible literacy rates among teens today, but it is another thing to see it firsthand. How did each group of my college students score on the pretest? Not as well as I had hoped as can be seen the following chart:

This 30-question Bible knowledge pretest is multiple choice with the correct answer right in front of the students. Yet the students consistently missed two-thirds of the questions, even those students who were raised in church.

Anyone raised in church should have gotten most of these questions right. For example, one pretest question was who were the authors of the four Gospels? We must ponder how students who have been raised in church know so little about the Bible. Think of how many sermons, Sunday School lessons, and youth group teachings they heard over the years.

Trust in the Bible among students is very low.

The second discovery was an unpleasant epiphany for me. Into my pretests, I have carefully woven apologetic questions about God, the Bible, and Jesus. Let’s examine the answers students have given to the three questions about the Bible:

3. Who directed the writing of the Bible?

6. The New Testament is a record of:

Where did this perspective of the Bible come from? An Unsure student once said to me, “I believe the Bible is the Word of God but not God’s Word.” When I asked for clarification, she said she believed that God originally said and did the things in the Bible, but over the years of multiple translations, lost books, and additions and changes by the church, she could not believe the Bible was credible anymore.

So now that we know how many of our high school graduates entering college know and view the Bible, what can we as parents, pastors, and the church do? In part three, I will share some positives I see as well as suggestions that I have seen work.