Pastor Appreciation can, and should, last longer than a month 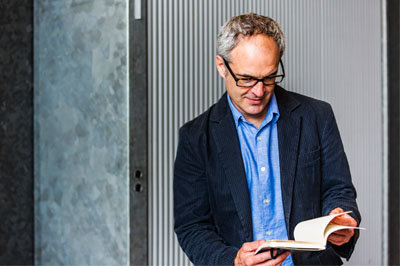 October brings a lot of things. Cooler weather, fall festivals, the heart of the SEC schedule, and pumpkin spice you-name-it. Pastor Appreciation Month also provides the opportunity for churches to invest in those who truly never go off the clock.

That’s Marcus Merritt’s view. Merritt served as a pastor and on church staffs for 18 years before joining the Georgia Baptist Mission Board Evangelism department. For the past five years he’s worked in Church-Minister Relations. A focus for the department centers on developing healthy relationships among pastors and congregations. More often than not, he testified, the smallest steps make a huge difference in accomplishing just that.

“We’ve all read the surveys about discouraged pastors, pastors dropping out, and the pressure on their families,” Merritt said. “Knowing those pressures exist, why wouldn’t we want to take time to bless and encourage them?”

Emotional health plays a huge part in a pastor’s performance, he stressed. “He’s always on the job. There’s no such thing as off days. Even when he’s on vacation church matters are never far from his mind.”

Studies reveal that many pastors consider leaving the ministry due to stress. However, few actually do so. While the latter is worth celebrating, ongoing stress leaves pastors not functioning at the level they could be. It also leaves others feeling the effects.

“Today, I met with a pastor who told me he could face criticism. But, his wife and children can’t. He said it hurts his wife to her core and the experience played heavily in his grown children not going to church,” Merritt said.

“When a pastor receives appreciation from his church, his wife and children see that. There’s a reverse effect on the family.”

“Resist the clichés,” Merritt advised. “No ties, and even though I love shopping there, avoid the gift card to the local Christian book store.

“Something as simple as a date night with his spouse could be arranged. Enlist volunteers for babysitting. Pay for dinner. And, give something like a VISA gift card he can use for whatever he wants.

While October is in its 25th year as the official time to show pastor appreciation, Merritt stressed it’s definitely not the only time to do so. He advised churches to consider giving the pastor a sabbatical, which Merritt stressed is not a vacation. Those wanting more information can contact Church-Minister Relations at (770) 936-5362. Merritt expressed a willingness to meet with leaders in person to explain details.

Most of the time such steps have the pastor directly in mind. However, Merritt testified to when he felt appreciation as a pastor, even when he wasn’t the one being honored.

“At my last pastorate they always remembered my wife’s birthday,” he said. “That meant a great deal. If it was near Wednesday, they’d have the meal in honor of her. Anything you do for the pastor’s family is a great source of encouragement for the pastor.”