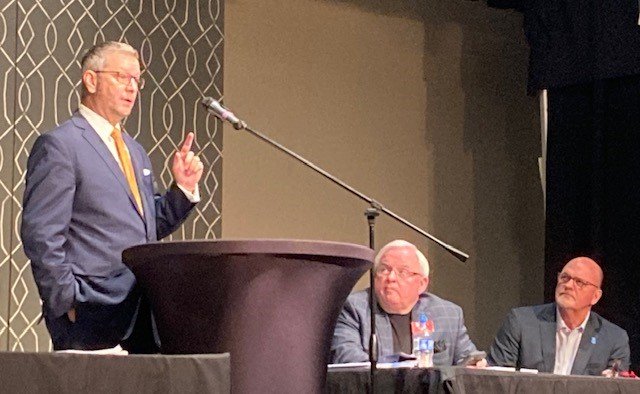 SNELLVILLE, Ga. – Church leaders must stand on the truth of God’s Word, even though it’s not popular in today’s culture.

That’s the challenge Eastside Baptist Church Pastor Matt Brady issued to members of the Georgia Baptist Convention’s Executive Committee who gathered for a meeting at the Church on Main in Snellville on Tuesday.

“Today, truth is under attack like never before,” said Brady, who serves as second vice president of the Georgia Baptist Convention. “From schools to sports, from politics to the pews, and even in the pulpit, truth is being relegated to obscurity.”

Brady reminded Executive Committee members of the Apostle Peter’s warning to be careful not to be carried away with error.

“We must not follow the false truth,” he said. “You realize the first lie, the first diversion, the first cunningly devised tale did not completely circumvent the entire story. It only changed one word. God said you shall surely die. Satan said you will ‘not’ surely die. It may look exactly like it always has except for a certain element of diversion.  You see it’s fictional theory that diverts from factual thinking.”

An emphatic Brady told the church leaders that students, especially those in public universities, need prayer support because they face a barrage of non-biblical teaching. He lamented that many parents send their students to Christian high schools, then, instead of sending them to Christian colleges, enroll them in non-Christian universities.

“We need to be sending them to a place that’s going to teach them thus saith the Lord,” he said. “Truth is immortal. We must stand on that.”

Truth, Brady said, is found in the Word of God.

“We do not follow the 12 steps, or the greatest author, or the most selling book on the New York Times’ best seller list today,” he said. “We follow the inerrant Word of God.”

Brady also reminded the pastors that they don’t need to interject the world into a message to make it flashy. He said Hollywood couldn’t possibly come up with anything better than events recorded in the Bible.

“It’s time that we wake up,” he said. “Listen, don’t let the noise of the world keep you from hearing the voice of God.”

Brady also said standing on truth comes at a cost. Even so, he said, Georgia Baptists are compelled to make Jesus known to a lost and dying world.

“The world hates those who stand for truth,” he said. “They killed the prophets, enslaved and murdered the apostles. They continue today to persecute authentic, true followers. “But won’t it be worth it?” 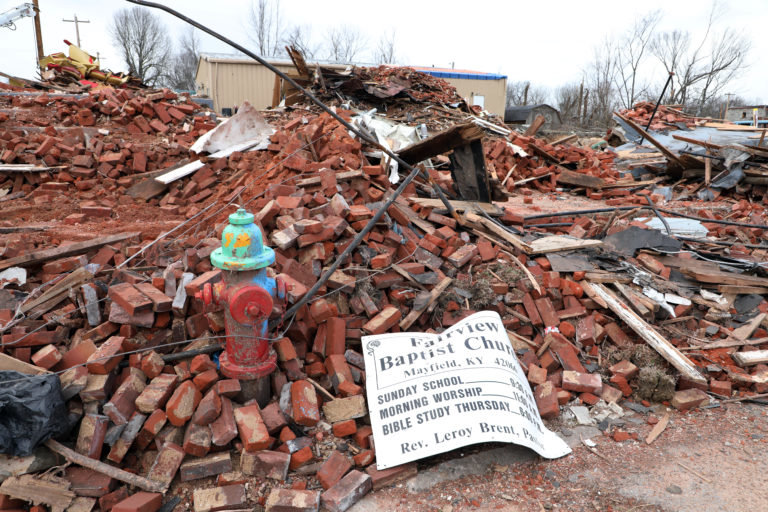