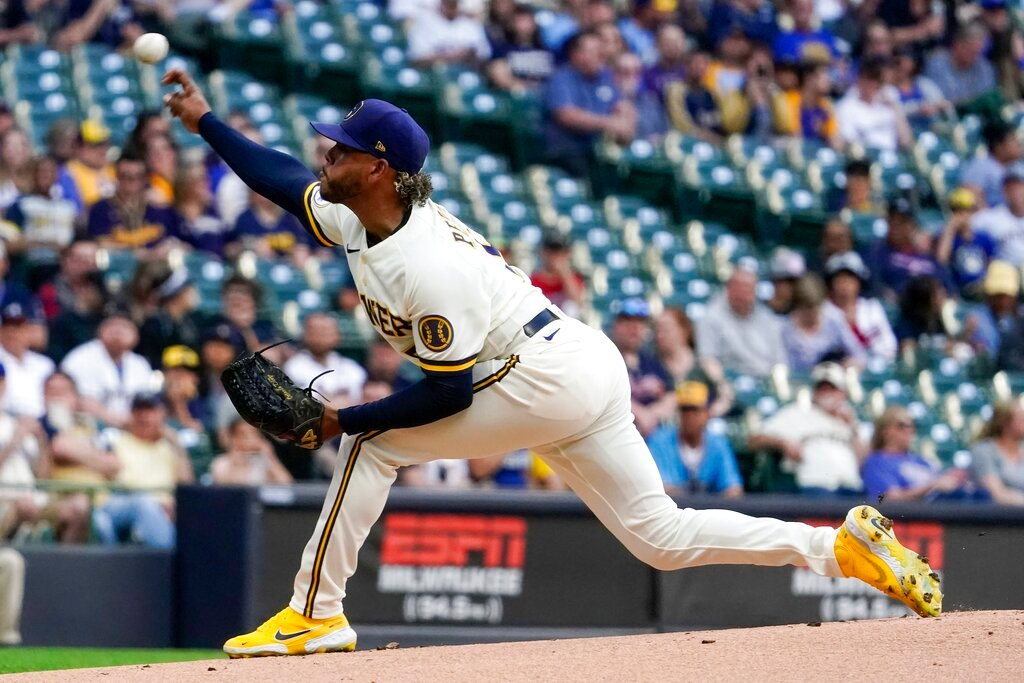 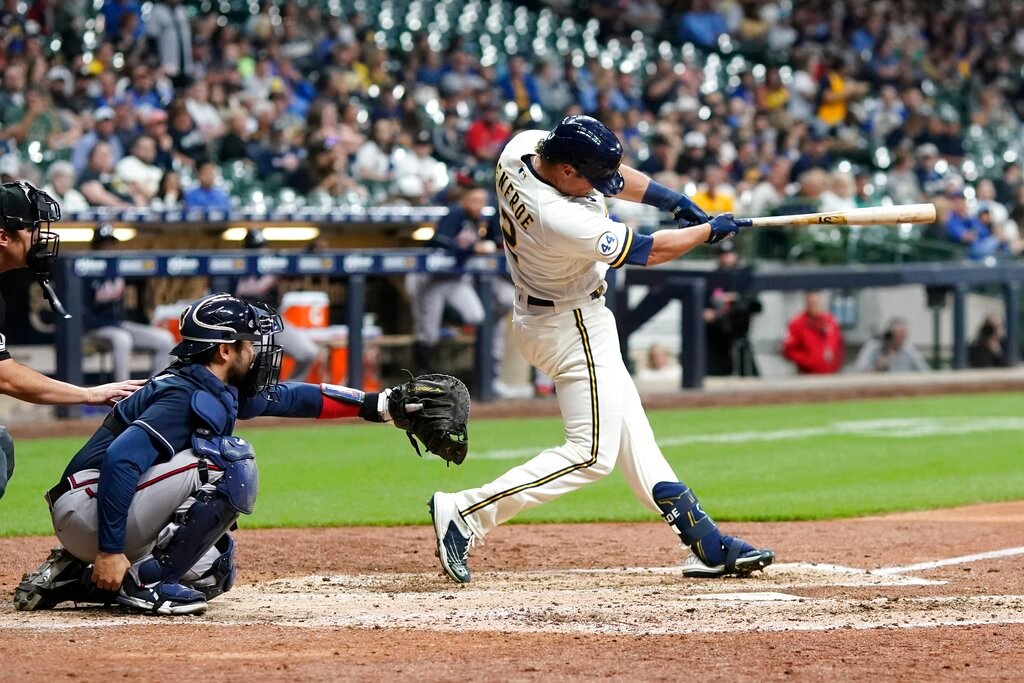 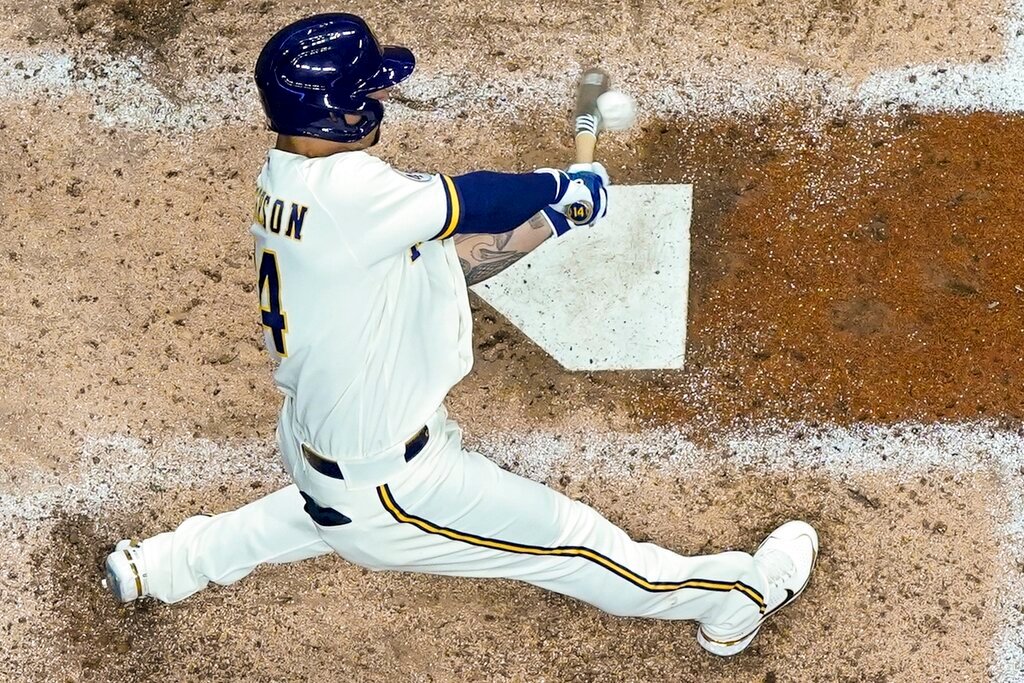 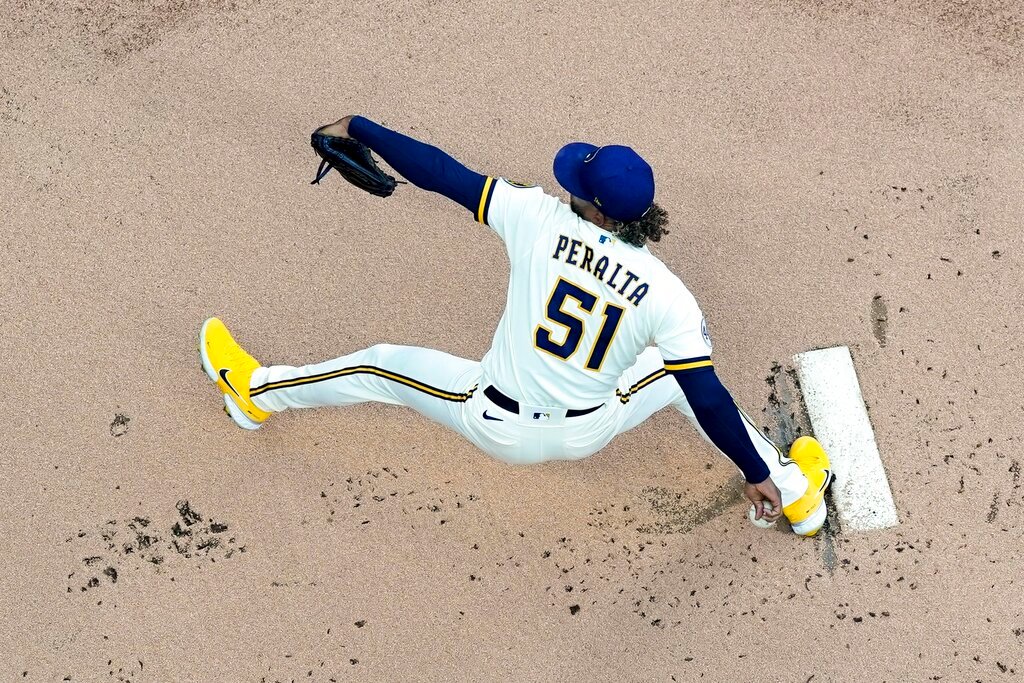 Peralta (3-1) gave up two hits and a walk while striking out 10 and retiring his final 11 batters. It was the sixth time in Peralta’s career that he struck out 10 or more batters. Brewers starters have seven outings with 10 or more strikeouts this season, the most in the majors.

“Freddy was great tonight. He got locked in and for seven innings, he was just even and smooth and didn’t get into trouble,” Brewers manager Craig Counsell said.

Peralta recorded his 500th career strikeout in the seventh when he retired Marcell Ozuna on a called third strike.

“My confidence, of course, is getting way better,” Peralta said. “Everything was working really good.”

The Brewers improved to 11-4 at home, the best mark in the National League.

Atlanta starter Ian Anderson (3-2) shut out Milwaukee through five innings before the Brewers broke through in the sixth. Renfroe doubled with one out and moved to third on Omar Narváez's groundout. Renfroe then scored on Anderson's wild pitch.

Devin Williams struck out the side in the eighth and closer Josh Hader did the same in the ninth for his 14th save in 14 appearances this season. Hader has converted 28 consecutive save opportunities dating back to last season.

“Peralta was just spot on. His stuff is good," Braves manager Brian Snitker said. "The other two guys, Williams and Hader, are as good as it gets. You know you are going to get good pitching the whole series when you come in here and play these guys.”

Anderson allowed four hits and one run in six innings. He walked two and struck out three.

“I feel like I was throwing the ball well. The velocity was good again," Anderson said. "I wish I could get that pitch back.”