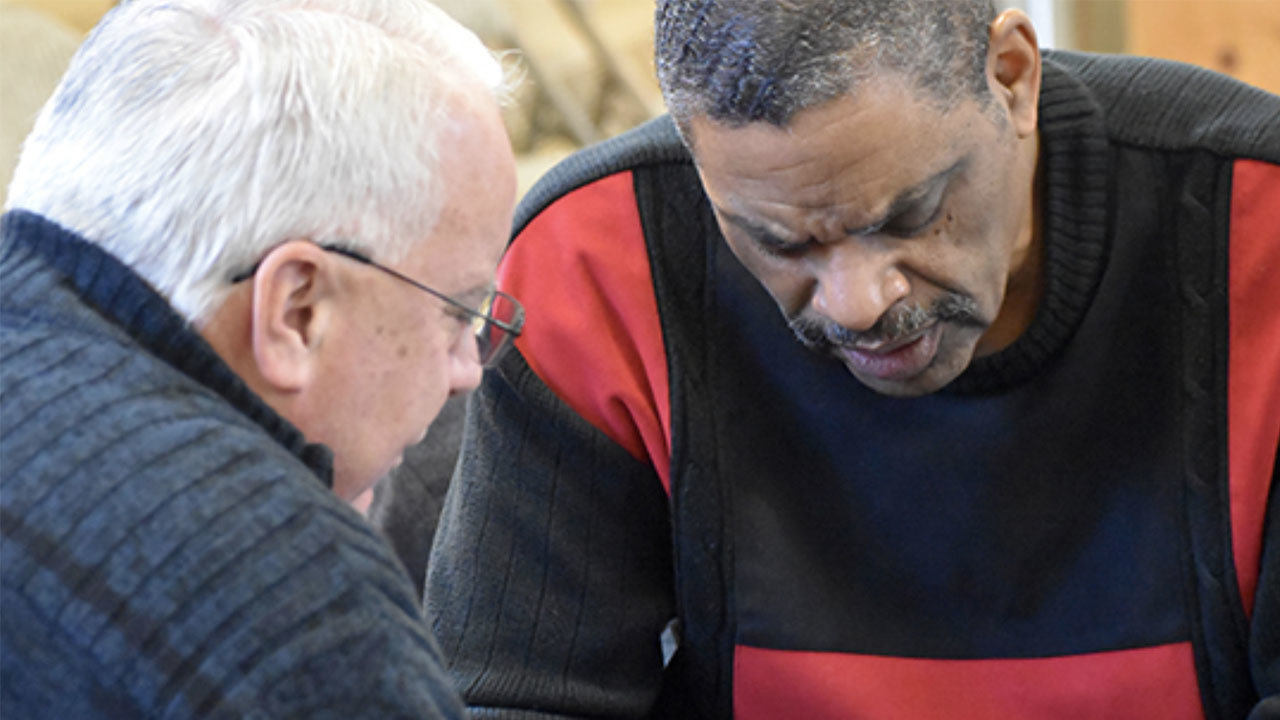 Editor's note: To better familiarize Georgia Baptists with our state convention partners, The Index will be sharing stories from their respective publications.

PHILADELPHIA (BRN) — Without strict adherence and obedience to the “Greatest Commandment” to love the Lord and our neighbors, we don’t have a mission, says Pastor K. Marshall Williams, pointing to Matthew 22:36-40.

“Greatest Commandment living will authenticate the Great Commission imperative (Matthew 28:18-20) as issued by the Master,” said Williams, who recently celebrated his 36th year at Nazarene Baptist Church in Philadelphia. “Ultimately, [as] Grandmom said, ‘I’d rather see a sermon than hear one any day.’”

In other words, he said, our mission is “inextricably linked” to our love for God and how we treat others—including those of other ethnicities.

Williams is one of 12 Philadelphia-area pastors, six African American and six Anglo, who have participated for the past 3.5 years in a Baptist Resource Network cohort designed to bring about racial reconciliation and healing.

“Love God, love your neighbor – love your near one – as yourself,” he stressed, noting the Savior has given the world a solution for revival and spiritual awakening – and racial reconciliation.

“The world needs to see our sermon. Talk is cheap. It’s like one drunk telling another drunk to get sober,” Williams said, urging Christians to passionately pursue religious liberty and morality in the face of injustice and racism.

As part of “our spiritual mandate that we love God” and knowing that “God is a God of justice and righteousness (Psalm 89:14),” Williams said Christians who love one another provide “an ocular demonstration and a pictorial illustration” that will cause men “to glorify our Father, which is in heaven” (Matthew 5:16).

“The only Bible that many people in our sin-sick, secular society will see, or read, is our lives,” he said.

Nonetheless, Williams acknowledged that the racial divide is a battle. “It’s a moment-by-moment battle, and it’s not flesh and blood, it’s not me against you. It’s spiritual warfare. It’s principalities and powers and spiritual wickedness in high places, and the only way to get there, is prayer and trusting God to work in us and through us that we might be able to rise up as Kingdom citizens of all ethnicities and be authentically the people of God,” he said.

“I think that was the beauty of our journey with the other pastors of the lightest hue – that we met together. I knew some, some I didn’t know. We got to know each other as brothers and hear each other’s stories, not so much from our head, but from our hearts.”

He said the greatest thing about the experience was getting to know each other, each other’s families, and each other’s spiritual pilgrimages, stories, hurts, and pains, “that we might be able to feel what another brother feels and see what they see and feel where they’ve been,” he said.

He added, “It’s amazing what happens when you just sit down with another brother and just talk. I think that’s how I built relationships – just talk with each other and talk about issues based on what the scripture says.”

Williams said the group has had a lot of good dialogue in the meetings, where he says the participants felt safe and comfortable “to take off the mask” and “to admit when they didn’t know something.” And because they focused from a Christo-centric perspective, “our brethren of the lightest hue [didn’t] feel victimized with white guilt or anything like that.”

The long-time pastor also expressed concern for the nation at large.

“I think the thing that really grips my heart is I’m one heartbeat from standing in front of Jesus and giving an account of my stewardship – my time, talent, treasure–down here, and I think that the problem in our nation is we don’t fear God anymore.

“The Bible says, in Proverbs 1:7, the fear of the Lord is the beginning of wisdom. We don’t take God seriously,” he said, noting judgment is coming.

“ doesn’t tolerate sin. And so our mission and mandate is to challenge Kingdom citizens of all ethnicities to come together with unconditional love, personal holiness, and passionate prayer and fasting, and with an arm of standing up for righteousness and justice and calling a nation to repentance,” he said. The manifest fruits of repentance, he added, include not only repentance and restoration, but restitution and reparation, “that we might be authentically the people of God and have a message that is exemplified by our ministry.”

He reminds Christians that their walk and talk must match so that people would be able to have the capacity to hear our message.

“Because I think what’s happened in the body of Christ, our hypocrisy hinders the heathen from hearing when we holler about the holy. They can’t hear us because they see that which is diametrically opposed to what we say.”

Pointing to the systemic, institutional racism prevalent in the nation, Williams said he urges Kingdom citizens to challenge unjust laws and to do justice as the minor prophet Micah says, “to love mercy and to walk humbly with God” (Micah 6:8).

He admitted it can be overwhelming “without the Omnipotent, without the Master,” but people need to partner together and use their influence to exert change. But the foundation has to be “passionate, persistent, prevailing fasting, and prayer,” he said.

“We need Kingdom citizens, no matter what their vocation is, to stand up and represent the Savior in those arenas,” he urged. “My prayer is that God would enlarge the remnant of authentic ambassadors that men might see our good works because a godly life (Matthew 5:16) is convincing testimony that Jesus is alive and that the Bible works.”