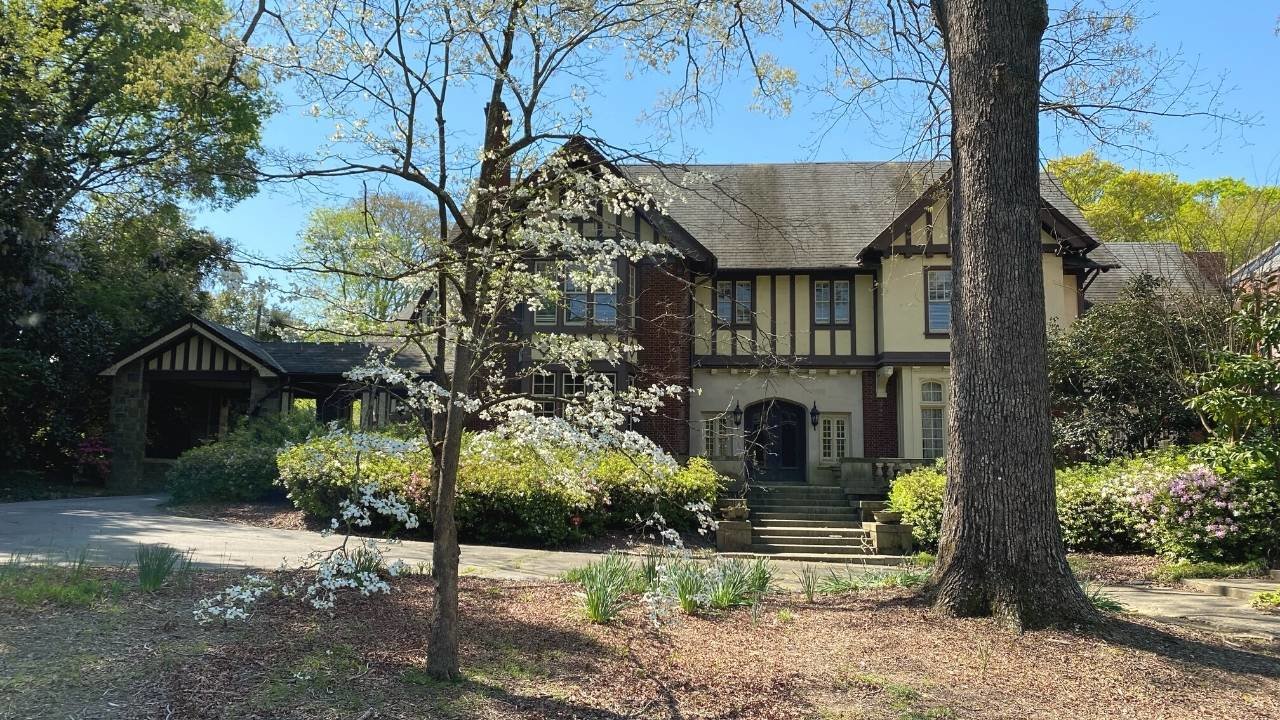 The Pinebloom mansion, built in 1914 for Preston Arkwright, President of Georgia Railway and Power Company,  has been sold by the Georgia Baptist Mission Board to urban infill developer Joel Reed of Reed and Company. COURTESY/Gerald Harris

ATLANTA – The Pinebloom property located at 1585 South Ponce de Leon in Atlanta has been sold to Joel Reed of Reed and Company. The property consists of a prestigious mansion built in 1914 for Preston S. Arkwright, president of Georgia Railway and Power Company.  A church facility once occupied by Jackson Hill Baptist Church has been attached to the mansion for years. The big Tudor home was designed by Architect Walter T. Downing and named for Mrs. Arkwright’s family home in Baker Country, Ga.

In 1997, the Executive Committee of the Georgia Baptist Convention voted to accept the property as a gift in order to provide office space for The Christian Index at a location separate from the Baptist center on Flowers Road. The limited warranty deed was signed by representatives of the Jackson Hill Church and The Christian Index on April 27, 1997. At the time the property was received the church facility was being used by the Moreland Avenue Baptist Church and the Jackson Hill Church was meeting on Sunday morning and Wednesday night in the solarium of the mansion. The building is rich in Baptist history and at one time was the home of The Radio Commission of the Southern Baptist Convention.

Once the property was acquired the refurbishing and renovation was initiated, but it was not until January 2001 that The Christian Index was able to move into its own home in the historic Druid Hills area of Atlanta. The renovation and maintenance of the building proved to be costly and by 2003 The Index moved back to the Baptist Center on Flowers Road in order to have access to the Convention (Mission Board) staff and be in the middle of the information center and activities hub of Georgia Baptist life.

Over the past decade efforts have been made to sale the property, but extenuating circumstances and concern for the health of the Jackson Hill Church made the decision to dispose of the property difficult.

Joel Reed has worked with the Jackson Hill Baptist Church to craft a new agreement that will permit them to continue to worship in the Pinebloom location. The old trust agreement with the Convention has been nullified and thus releases the mission board from any contractual covenant with the Jackson Hill Baptist Church. The mansion will remain intact and the adjacent church facility, which is in ill repair, will be disassembled and removed from the property.

Reed and Company have expertise in developing urban infill projects and their design for the property has met with the approval of the church and the Druid Hills Civic Association. The company specializes in revitalizing urban areas, the adaptive reuse of significant historic buildings, and providing residents with a prime location and diverse amenities.

According to Reed, the mansion will have three condo units on the second floor and two on the third floor. The property will also accommodate 11 villas with four duplexes and one triplex. Three single family homes will be constructed on the back of the property facing Clifton Road.

The sale of the Pinebloom property has been a consideration for years, but the manner in which the property has been sold, the continuing provision of a worship facility for the Jackson Hill Baptist Church and the dissolution of the old trust agreement and the enhancement of the property as an urban infill project appears to be a positive solution for all parties involved.