Pleasant Grove has a significant past and a bright future 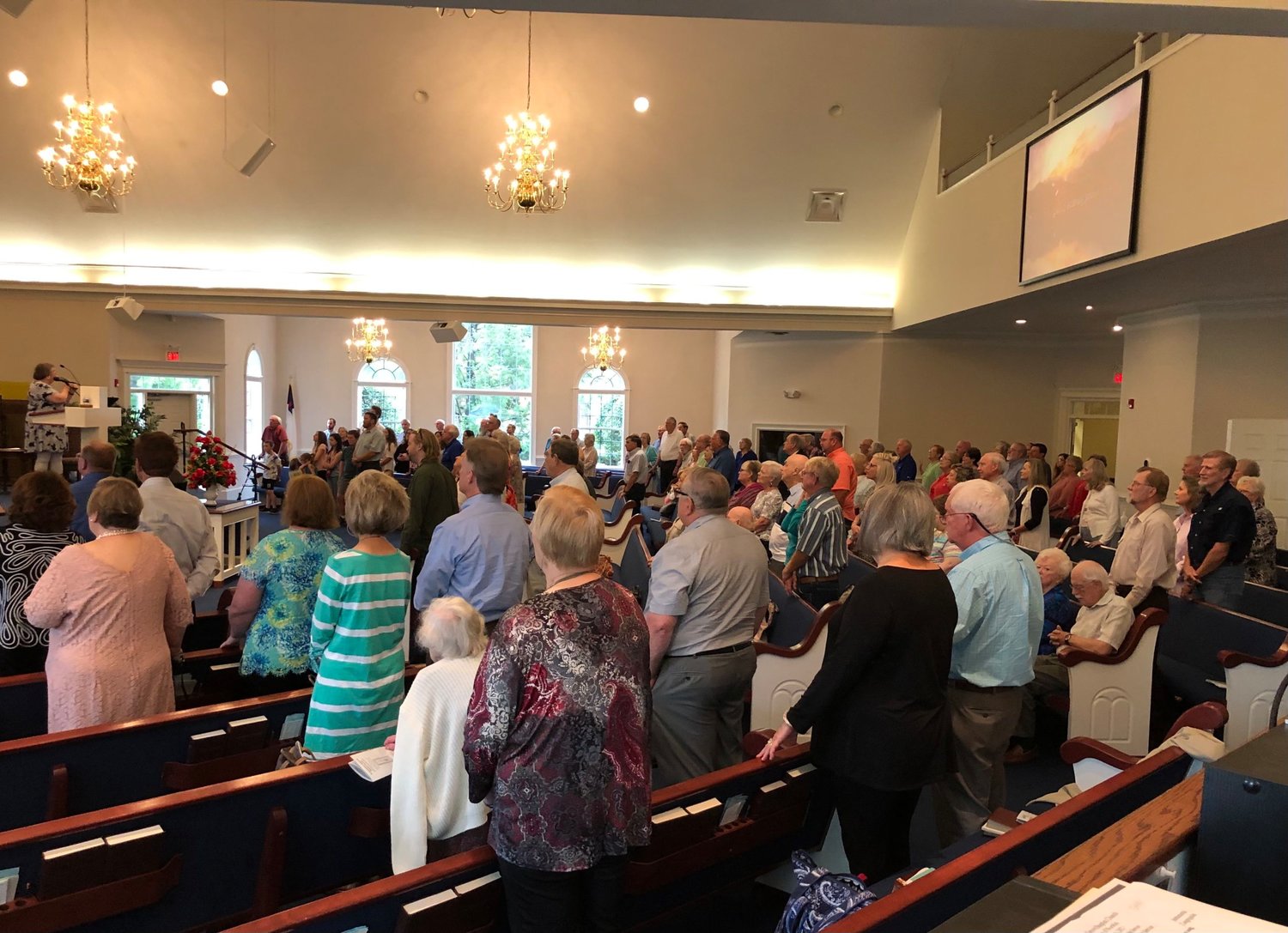 Pastor Dan Rosser says that 90 percent of the people are back in church at Pleasant Grove Baptist Church in Ellijay.

The first meeting house was destroyed by fire and a new building was constructed in 1926. The building which now stands across the road from the cemetery was dedicated in 1950. The current worship center was completed before Christmas in 2001 and was dedicated on June 2, 2002 on the occasion of the 144th anniversary of the church. In mid-2005 construction was started on the second floor. Phase I was completed early in 2006 and the church’s fellowship hall was dedicated in June of 2007.

The mortgage was paid off in 2013; and on June 2, 2013, the church celebrated retiring the indebtedness by burning the mortgage on the 155th Homecoming/Anniversary Sunday. 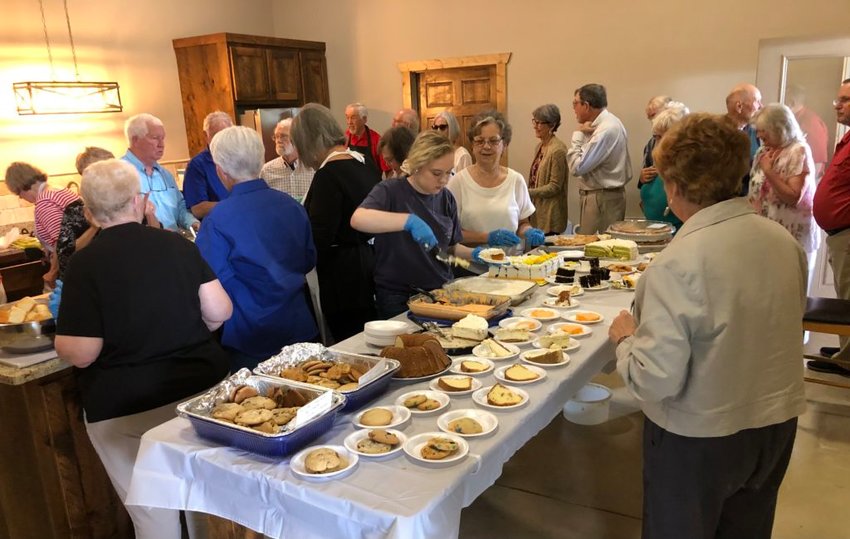 For Pleasant Grove Homecomings and Anniversaries are still important milestones in the life of the church. On Sunday, June 6, members and guests gathered to celebrate their 163rd birthday anniversary. The day was marked by heartwarming music, spirited worship and dinner on the grounds. Actually, the dinner was enjoyed under the church’s relatively new, beautiful and accommodating Pavilion located on a plateau overlooking the church.

A chicken and pork barbeque lunch complete with myriads of casseroles and vegetables served as a prelude to some of the most succulent and mouthwatering desserts on the planet. There were glowing testimonies about the fresh, moist coconut cake, the delectable key lime cake, the succulent cheesecakes and the sumptuous apple pies, just to name a few of the delicacies.

The blended music for the morning worship service was done with excellence. There were hymns, songs of praise and a hint of southern gospel with songs like “I’ll Fly Away” and Andrae Crouch’s “Soon and Very Soon We are Going to See the King.” The church’s men’s quartet, who are good enough for a Bill Gaither Homecoming appearance sang “Just a Little Talk with Jesus” and “The Lighthouse” featuring a solo part by Pastor Dan Rosser, who happens to have a degree in music and is a superb vocalist.

Pastor Rosser did not say that the special day was designed to get all the church members back to in-person worship after the ravages of the deadly and debilitating pandemic, but the beautiful worship center was filled with eager and excited worshippers who were echoing the sentiment of the Psalmist who declared, “I was glad when they said unto me, let us go unto the house of the Lord” (Psalm 122:1).

Homecomings, one day revivals, special emphasis Sundays maybe a good way to get church members back in the practice of regular Bible study and worship attendance. Hebrews 10:25 urges us to exhort one another to assemble ourselves together and not forsake that opportunity and privilege.

Pleasant Grove is an active church and has a variety of ministries to demonstrate the love of Christ including: a bus ministry to transport children to church on Sunday and Wednesday, mission outreach ministries, namely Food for the Hungry, Clothes Closet and a Medical Clinic. At the Homecoming/Anniversary Pastor Rosser announced that there were twelve families that had united with the church in recent months in the midst of the COVID crisis and restrictions. 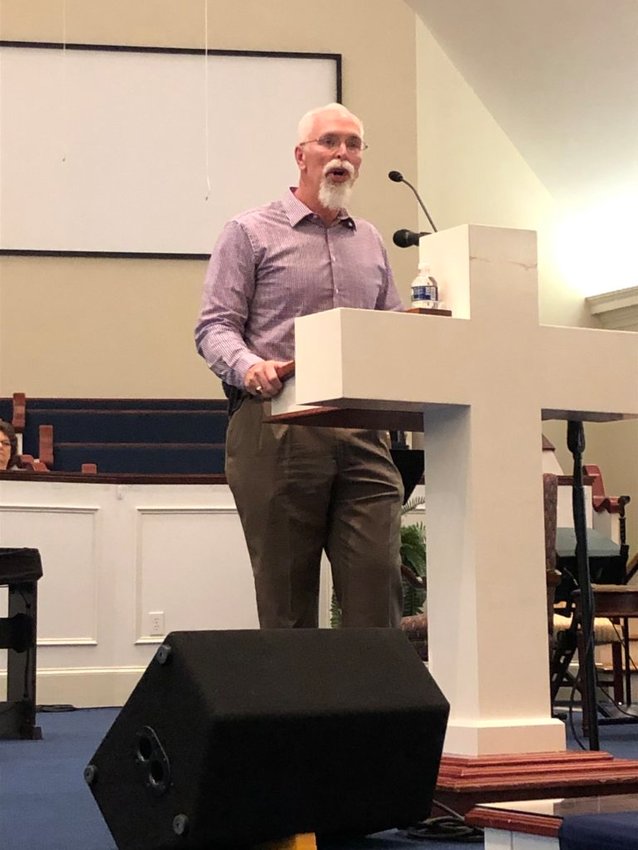 Pastor Dan Rosser is a gracious, talented and dedicated pastor who loves his church is committed to serving them well.

Those who look back in history to the year the church was birthed will note that James Buchanan, the 15th president of the United States, occupied the White House. It was in 1858 that Abraham Lincoln made his “House Divided” speech at the State Capitol in Springfield, Illinois signaling his acceptance of the Republican nomination for a seat in the U. S. Senate; and Minnesota was admitted into the Union as the 32nd state.

According to the CPI Inflation Calculator one dollar in 1858 would have an equivalent value of $32.57 today. In 1858 a pound of flour sold for three cents, a pound of coffee for 21 cents and a pound of roasting beef also cost 21 cents. A four-room tenement rented for $4.45 a month and a ton of coal sold for $6.40.

Throughout Pleasant Grove’s history there have been some constants, some things that have not changed – the message, the ministry and the mission of the church. Today the church is an active, dynamic fellowship engaged in a myriad of activities all designed “to make known the glory of God in Gilmer County and to all the nations.”

While the church has a rich history it also has a promising future. The church’s vision includes being: (1) persistent in prayer, (2) honest in preaching, (3) authentic in worship, (4) intentional in witness, and (5) sacrificial in giving.”

The church is characterized by a warm and convivial spirit and they seem to agree with William Jennings Bryan who said, “Destiny is no matter of chance. It is a matter of choice. It is not a thing to be waited for, it is a thing to be achieved.”