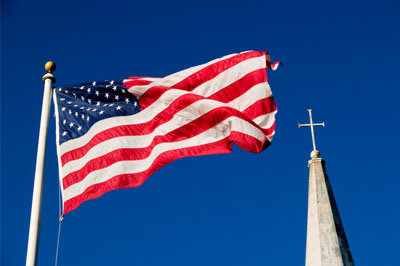 NASHVILLE (BP) — America has become increasingly divided by politics in recent years. So have its Protestant churches, according to a study released Aug. 23.

Those are among the findings in a new report on churchgoing and politics, conducted Aug. 22–30, 2017, by LifeWay Research.

"Like many places in America, churches are divided by politics," said Scott McConnell, executive director of LifeWay Research. "And churchgoers under 50 seem to want it that way."

For the study, LifeWay Research surveyed 1,010 Americans who attend services at least once a month at a Protestant or nondenominational church. 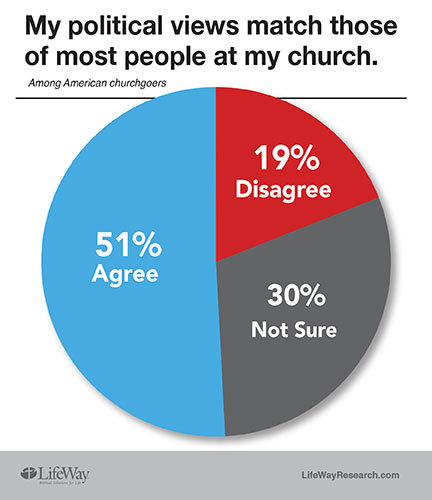 Forty-six percent agree with the statement, "I prefer to attend a church where people share my political views." Forty-two percent disagree. Twelve percent are not sure.

"Politics doesn't seem to be a high priority for most Protestants when choosing a church to attend," he said. "But for a small group of churchgoers, it's really crucial."

LifeWay Research also asked Protestant churchgoers if their political views match those of people in their church. Half agree (51 percent), while 19 percent disagree and 30 percent are uncertain. 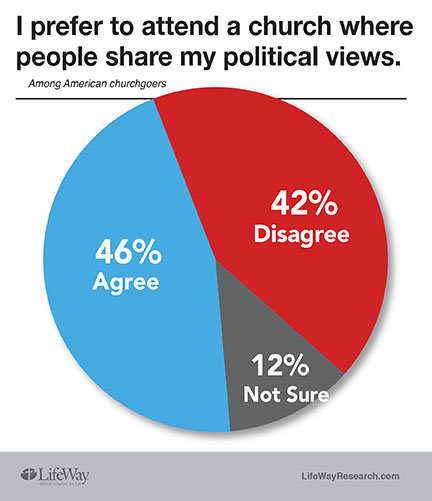 Protestant churchgoers and other Americans who attend worship services at least once a month made up about half of voters (52 percent) in the 2016 presidential election, according to data from Pew Research.

Churchgoers might stick around even if they disagree over politics.

A previous LifeWay Research study of Protestant and nondenominational churchgoers found only 1 in 10 (9 percent) would consider leaving their church over political views.

"More than a few churchgoers in the most recent study (30 percent) don't know the political views of people besides them in the pews," McConnell said.

"Politics isn't the only thing that churchgoers care about," he said. "In some churches, politics isn't mentioned at all – at least in the pews."