President Biden promised to push for the passage of the so-called “Equality Act” during the first 100 days of his term. With a Democrat-controlled House and Senate, the passage of such legislation is more likely than ever before.

The “Equality Act” should be concerning to anyone who values religious freedom and true equality.

It is a deliberate attempt to force people of faith — good people who serve everyone — to promote messages and celebrate events that conflict with their sincere beliefs. The “Equality Act” would also threaten the equal treatment of women and upend the bedrock understanding of male and female in our law and culture.

To understand how, let’s take a more in-depth look at this legislation and its ramifications.

What is the “Equality Act”?

The essence of the “Equality Act” is its addition of “sexual orientation” and “gender identity” as protected classes to already existing federal nondiscrimination laws. This would prohibit employers, preschools, and even religious schools and organizations from making choices based on basic biology, bodily privacy, and their beliefs about the nature of marriage. It would apply to every single recipient of federal financial assistance (including every public school and almost all colleges and universities.)

And though “nondiscrimination” sounds good in the abstract, that is not what this bill is truly about. The bill actually poses a devastating and unprecedented threat to free speech, religious freedom, and the progress that women have made toward true equal treatment in law and culture.

The good news is that God has equipped Alliance Defending Freedom for such a time as this.

With 11 Supreme Court victories since 2011, ADF will stand up to the Biden administration, all the way to the Supreme Court if necessary, to protect the First Amendment rights of Americans.

How would the “Equality Act” threaten religious freedom and free speech?

ADF has seen the impact that laws similar to the “Equality Act” have had across the country. And we stand ready to provide a strong defense for religious freedom and free speech.

How would the “Equality Act” threaten women?

This is a threat to women who need critical services, such as those provided by Downtown Hope Center in Anchorage, Alaska. ADF successfully defended Downtown Hope Center after the city government tried to force the shelter to allow biological men who identify as female to sleep mere feet from women, many of whom have suffered rape, sex trafficking, and domestic violence. For these women, having a biological man in the room where they sleep or undress triggers severe anxiety and trauma — so much so that one woman said she would have to leave the shelter and sleep in the woods in the Alaskan winter, because she could not sleep in the same room as a biological male.

ADF represents four girls in Connecticut, where a state high school athletic policy does just that. These four female athletes have already lost races, state championships, and opportunities to compete at the highest level. Our laws should recognize the biological differences between the sexes; by ignoring those differences, the “Equality Act” could make Connecticut’s disastrous policy a nationwide reality.

What about the Religious Freedom Restoration Act (RFRA)—doesn’t that provide some protection for these groups?

If you’re not already concerned about the scope and reach of the “Equality Act,” here’s another issue.

In the past, similar proposals have claimed to respect the concerns of the religious community, offering a few narrow protections for religious freedom. But the “Equality Act” offers no protections for religious freedom . In addition, the bill would forbid religious individuals and organizations even to invoke the Religious Freedom Restoration Act. That would make it harder for the faithful to defend themselves against a bill designed to punish them for living out their beliefs.

Laws must respect freedom and promote justice for every citizen, no matter who they are. But that is not what the “Equality Act” does. Instead, it threatens Americans’ fundamental liberties. And that is something no American should stand for.

Recent news
Best man? Deputy gets groom to wedding on time after accident
MONROE, Ga. (AP) — A groom’s car wreck on the way to his wedding didn’t disrupt the ceremony, thanks to a Georgia sheriff’s deputy who offered him a ride. 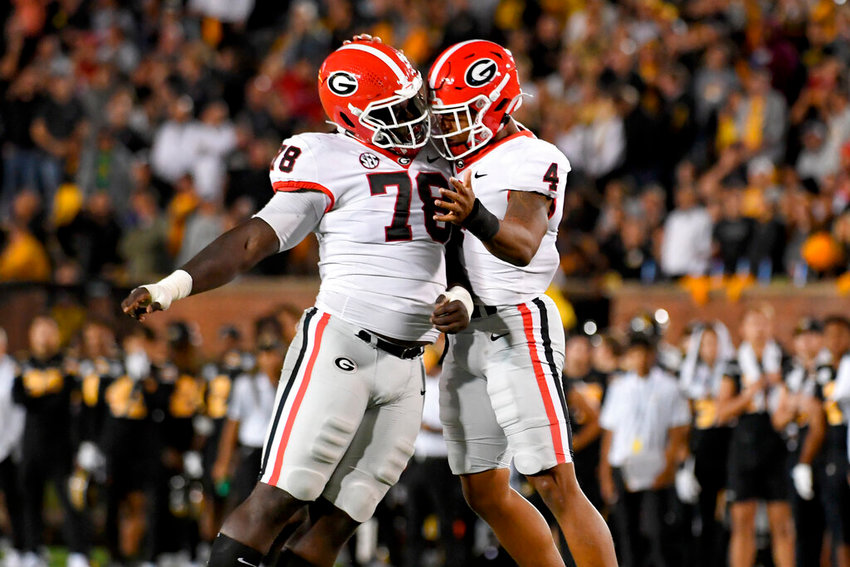 Commentary: The Christian Index seeing encouraging readership trends
The Christian Index has had nearly a quarter of a million people log in to read articles so far this year. Google analytics track that for us, and I’m encouraged by the trends that suggest the nation’s oldest religious newspaper remains relevant to our Georgia Baptist community. Newspapers across the country have been in decline for several decades. Subscriptions and advertising have been in free fall, and industry executives have been at a loss as to what do about it. We’ve taken a number of steps to ensure the Index remains strong.
Bible Study: Idol distraction
This week’s Bible study is adapted from The Gospel Project curriculum. Bible Passage: Isaiah 44:1-20 Discussion Questions: Why do people, even believers, succumb to the temptation of …
© Copyright 2022 The Christian Index | Copyright/Terms of Use
Powered by Creative Circle Media Solutions