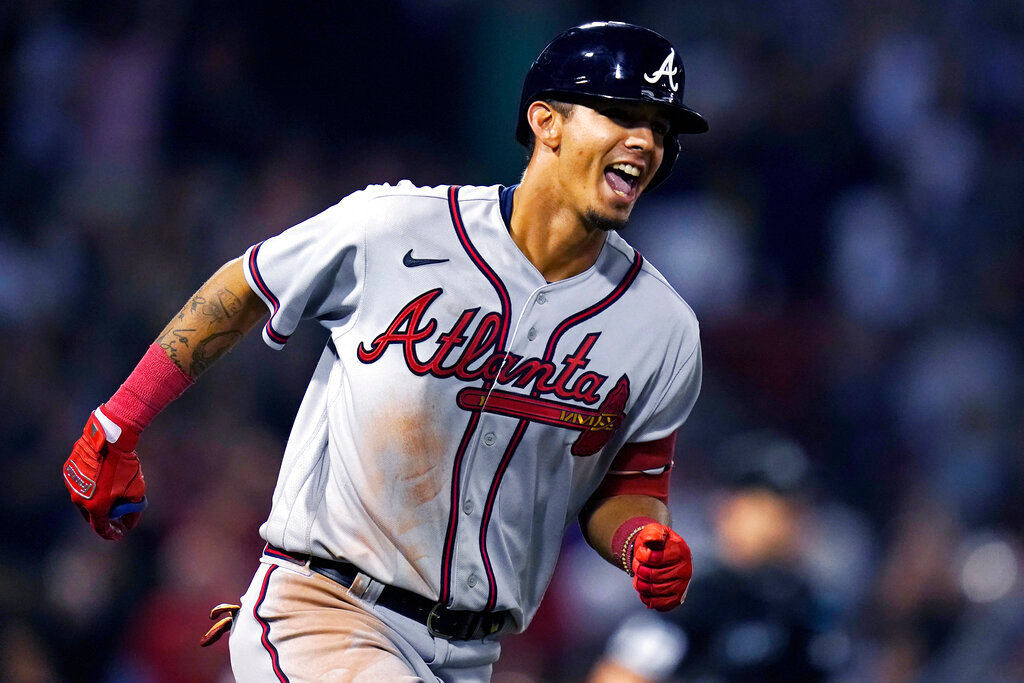 Atlanta Braves' Vaughn Grissom celebrates while running up the first base line on his two-run home run against the Boston Red Sox during the seventh inning Wednesday, Aug. 10, 2022, in Boston. (AP Photo/Charles Krupa) 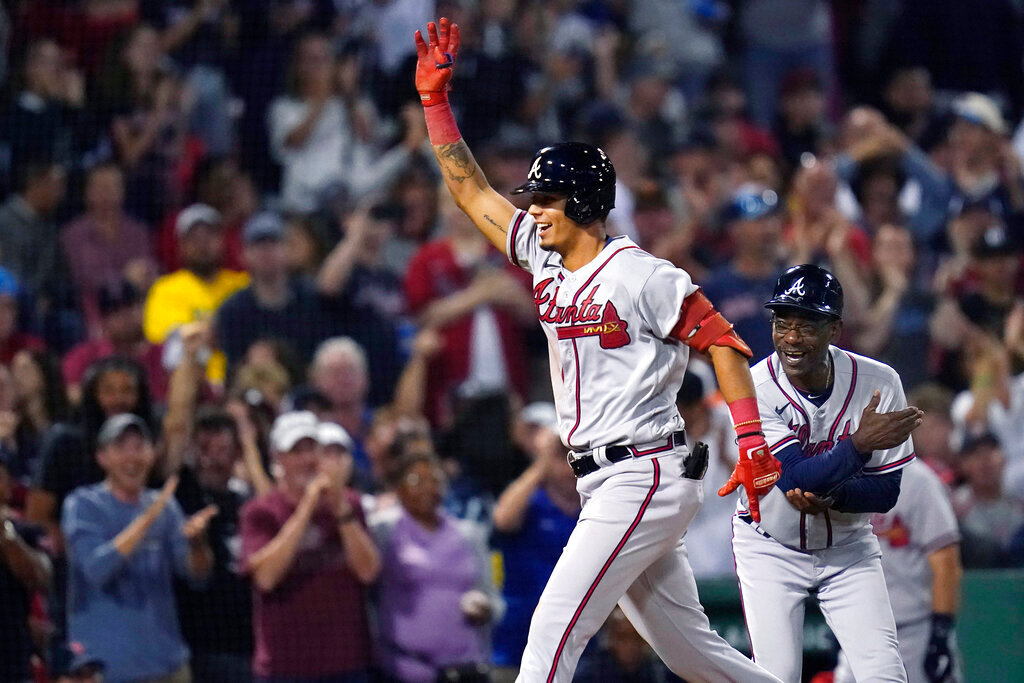 Atlanta Braves' Vaughn Grissom celebrates while running the bases on his two-run home run against the Boston Red Sox during the seventh inning Wednesday, Aug. 10, 2022, in Boston. At right is Braves third base coach Ron Washington. (AP Photo/Charles Krupa)
Previous Next
Posted Thursday, August 11, 2022 9:07 am
By JIMMY GOLEN, Associated Press

BOSTON (AP) — Vaughn Grissom was rounding third when it sank in.

He had just cleared the Green Monster for his first big league hit, and he gave himself an emphatic clap before finishing his home run trot.

“That was like a ‘We made it’ moment, I guess," the Braves' top prospect said after homering in his major league debut to help Atlanta beat the Boston Red Sox 8-4 on Wednesday night. “Like a ‘We did it’ type of feeling."

Grissom homered onto Lansdowne Street and then singled and scored another run, and Marcell Ozuna hit a three-run homer to help Atlanta complete a two-game sweep. Kyle Wright earned his league-leading 14th win for the defending World Series champions, who arrived in Boston after losing four of five to the first-place Mets and are now seven games back in the NL East.

“We had a rough weekend,” Braves manager Brian Snitker said. “Which is fine; it's going to happen. I did not think this was going to be bump free.”

Called up earlier in the day from Double-A, the 21-year-old Grissom went hitless in his first two at-bats but hit the first pitch he saw in the seventh inning completely out of Fenway Park. He tossed his bat aside before taking off around the bases, clapped his hands as he rounded third and arrived home to be congratulated by Michael Harris II, who had singled ahead of him.

A healthy number of Braves fans in the crowd of 35,406 gave Grissom a big cheer. Grissom singled his next time up, stole second and scored. When he gave a postgame interview on the field, fans behind the dugout chanted his name.

“I just took a second to myself (before the game) to just really look at everything, and just do my best to just take a picture in my head,” said Grissom, who went back on the field with his family after the game. “You really don’t know until you actually do it. I mean, you try to prepare yourself and all that, but it’s nothing like how you think it’s going to be.”

Wright (14-5) allowed one run on one hit and one walk in six innings, striking out five for the 10th win in 12 decisions.

Red Sox trade deadline pickup Tommy Pham homered for the third straight game, hitting a three-run shot in the seventh to turn a 5-1 deficit into a one-run game. But the Braves scored two more in the eighth, on Eddie Rosario’s double and Ozuna’s sacrifice fly.

Grissom was batting .324 with 14 homers, 67 RBIs and 27 stolen bases at Single- and Double-A this season. His mother, father, stepfather, sister, aunt and girlfriend made the trip from Florida to see him play second base and bat ninth in his debut.

Grissom hit into a fielder’s choice in the third inning, struck out in the fifth and came up again with one on and one out in the seventh, when he homered to make it 5-1.

Grissom added a single in the ninth; the Braves made sure to call for this ball as a keepsake (though the home run ball was eventually retrieved). He later scored on Dansby Swanson's single to make it 8-4.

“He was like a kid out on the playground, pretty much just having a ball. I think they said it’s genuine. I think that guy really likes to play baseball,” Snitker said. “It’s a novel idea: Have fun playing baseball.”

Harris, who was called up in May, is also a 21-year-old prospect who moved up to the eight spot in the order. He entered Wednesday’s game hitting .288 with 10 homers, 34 RBIs and 12 stolen bases while shoring up the defense in center field.