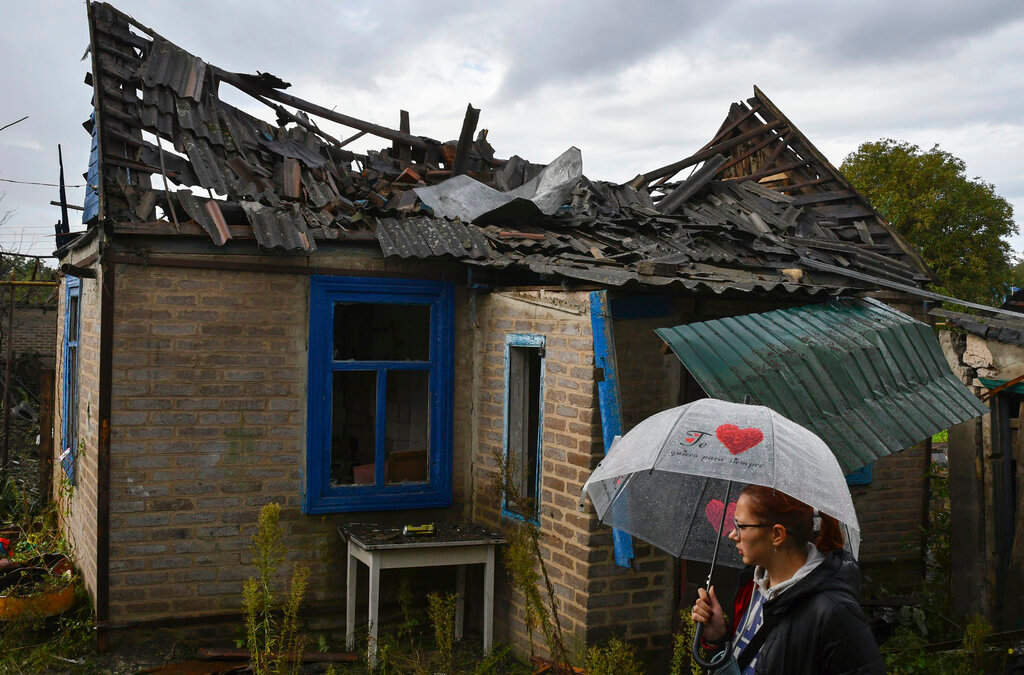 The documents finalizing the annexation, carried out in violation of international laws, were published on a Russian government website. In a defiant move, the Kremlin held the door open for further land grabs in Ukraine.

Speaking in a conference call with reporters, Kremlin spokesman Dmitry Peskov said that “certain territories will be reclaimed, and we will keep consulting residents who would be eager to embrace Russia.”

Putin last week signed treaties that purport to absorb Ukraine's Donetsk, Luhansk, Kherson and Zaporizhzhia regions into Russia. The move followed Kremlin-orchestrated “referendums” in Ukraine that the Ukrainian government and the West have dismissed as illegitimate.

Peskov did not specify which additional Ukrainian territories Moscow is eyeing for attempted annexation and he wouldn’t say if the Kremlin planned to organize more such “referendums.”

On the ground, Russia faced mounting setbacks, with Ukrainian forces retaking more and more land in the eastern and southern regions that Moscow now insists are its own.

The precise borders of the areas Moscow is claiming remain unclear, but Putin has vowed to defend Russia's territory — including the annexed regions — with any means at his military's disposal, including nuclear weapons.

The head of Ukrainian President Volodymyr Zelenskyy’s office, Andriy Yermak, wrote on his Telegram channel shortly after Putin signed the annexation legislation approved by Russia's parliament that “the worthless decisions of the terrorist country are not worth the paper they are signed on."

“A collective insane asylum can continue to live in a fictional world,” Yermak added.

Zelenskyy responded to the annexation by announcing Ukraine's fast-track application to join NATO. In a decree released Tuesday, he also ruled out negotiations with Russia, declaring that Putin's actions made talking to the Russian leader impossible.

Russia and Ukraine gave conflicting assessments Wednesday of a Ukrainian counter-offensive in the Russian-occupied Kherson region. A Moscow-installed regional official insisted that Ukrainian advances had been halted.

“As of this morning ... there are no movements” by Kyiv’s forces, Kirill Stremousov said in comments to state-run Russian news agency RIA Novost. He vowed the Ukrainian fighters “won’t enter (the city of) Kherson."

However, the Ukrainian military said the Ukrainian flag had been raised above seven Kherson region villages previously occupied by the Russians.

The deputy head of the Ukrainian regional government, Yurii Sobolevskyi, said military hospitals were full of wounded Russian soldiers and that Russian military medics lacked supplies. Once they are stabilized, Russian soldiers were getting sent to Crimea, which Russia annexed from Ukraine in 2014.

“Not everyone arrives,” Sobolevskyi wrote.