Annie Armstrong Easter Offering 2018 Week of Prayer missionary Trent DeLoach sits with children from many nations at the Clarkston International Bible Church – one of the most diverse square miles in the nation and home to more than 40,000 refugees over 25 years. NAMB/Special
Posted Friday, March 16, 2018 5:12 pm
North American Mission Board

Annie Armstrong Easter Offering 2018 Week of Prayer missionary Trent DeLoach sits with children from many nations at the Clarkston International Bible Church – one of the most diverse square miles in the nation and home to more than 40,000 refugees over 25 years. NAMB/Special[/caption]

CLARKSTON – More than 1,000 refugees come to Clarkston each year. Send Relief missionaries Trent DeLoach; his wife, Elizabeth; and the believers at Clarkston International Bible Church (CIBC) have made it their mission to help these men, women, and children feel not only welcome but at home in their new country. 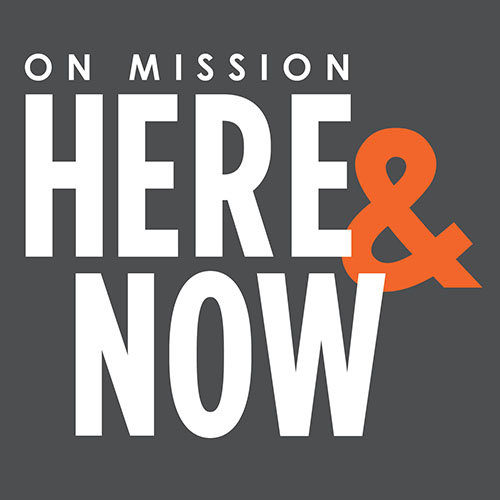 A U.S. refugee resettlement program in the 1990s opened the door of opportunity for people from around the world to start a new life in Clarkston. This suburb of Atlanta eventually became known as “the most diverse square mile in America.” More than 60 countries and 100-plus languages are represented, and the population continues to grow. A place so rich in culture is exactly the kind of city the DeLoach family dreamed of finding – however it was hard to believe such a place existed in North America, especially in Trent’s home state of Georgia.

Raised on a farm in southeast Georgia, DeLoach attended Toccoa Falls College, north of Atlanta. During his freshman year, he met Elizabeth, and they volunteered for a project with World Relief. “It was my first exposure to working with refugees in the city of Atlanta” says DeLoach. “I didn’t think much of it past that one opportunity.”

Elizabeth, on the other hand, volunteered because she heard there would be Bosnian refugees there. Her love for missions started early, working alongside her father in relief efforts in Rwanda and Bosnia. She says, “That’s where my heart for a specific people group began.”

After they married, the DeLoaches moved to Kentucky to work with a church in Louisville. They were astonished that more than 5,000 Bosnian refugees lived in the area. They started “restaurant hopping” and praying for connections. “The different cultures, religions, languages – it was all very intimidating,” says DeLoach. 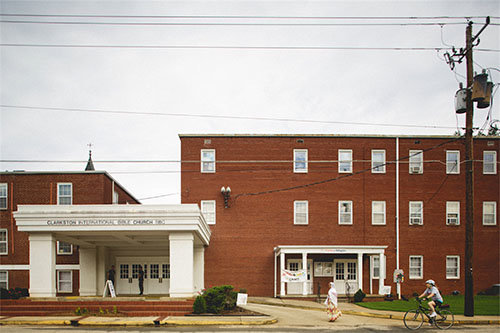 Clarkston International Bible Church is a haven for the refugee community of Clarkston, led by pastor Trent DeLoach. DeLoach is a Annie Armstrong Easter Offering 2018 Week of Prayer missionary. NAMB/Special

Over the course of two years, Elizabeth’s influence and passion for those forcibly displaced from their homelands slowly affected his heart. “It was really in Louisville, KY where our heart for refugees began to blossom,” says DeLoach, “and the burden went incredibly deep. We started living life intentionally, you know, as missionaries to serve those who were new to our country. We had the opportunity to spend many years in Louisville trying to help the local church connect to the international community.” 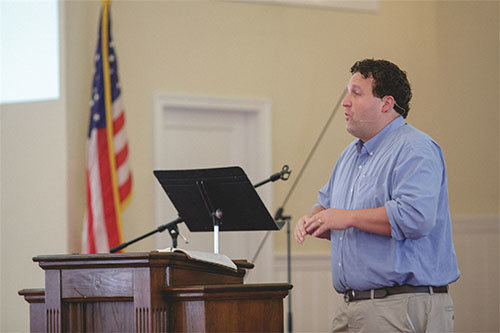 Trent DeLoach celebrated his first anniversary at Clarkston International Bible Church on February 28, 2017. Trent and his wife, Elizabeth, moved to Clarkston because of their passion to reach the nations and minister to refugees. NAMB/Special

The DeLoach family returned to Georgia in 2015 to be part of CIBC. Formed in 2003 by combining three churches, CIBC originated as Clarkston Baptist Church in 1881. It also happens to be the same ministry where Trent and Elizabeth served during their freshman year of college.

Today, CIBC is a place where people from diverse backgrounds find common ground. A key player in the small community, CIBC hosts seven other churches and 12 community ministries reaching people with the Good News of Jesus Christ.

All the churches who share the meeting space engage in outreach and discipleship. Soon, a Swahili-speaking church will be added, taking the church total to eight, which includes Pakistani, Burmese, Nepali, and Sudanese churches.

The power of perspective

Bill Perrin, an 85-year-old veteran, served as a deacon at Clarkston Baptist Church and now serves as an elder at CIBC. He has witnessed more than the changing of names. During the late 1990s, Perrin recalls “bad times” at Clarkston Baptist. He says, “People just started leaving for no reason. We had a 2.5 million dollar budget, a 200 to 300 service on Sunday morning, but that just started vanishing.” 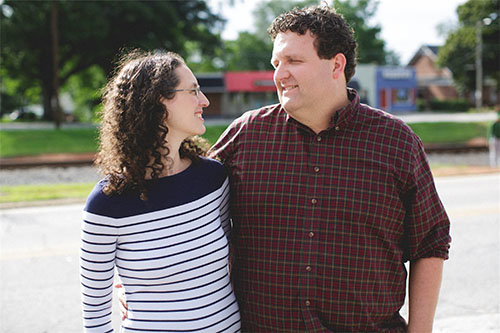 Annie Armstrong Easter Offering 2018 Week of Prayer missionaries Trent DeLoach and his wife, Elizabeth, embrace the diversity in their community at Clarkston International Bible Church. In 2004, the church merged with a Pilipino and an African church to create CIBC which is also now a Send Relief Ministry Center. NAMB/Special

“One night I said, ‘Lord, I don’t understand.’ Looking back, I know exactly why, because we had so much prejudice in the church at that time that we could have never had an International Bible Church.”

Perrin estimates there were 10 to 12 families remaining when a divinely inspired idea was born to combine churches that had different language needs. They settled on the CIBC name to make people from around the world feel welcome. Perrin says a Sunday morning at CIBC seems like a glimpse of what heaven will be. The current congregation is comprised of one-third Americans (a term including both Anglos and African-Americans), one-third Africans (primarily from Ethiopia, Sudan, Liberia, and the Congo), and one-third Asians (former residents of the Philippines, Burma, and Nepal).

The DeLoach family and members of CIBC have found that sharing food is one of the most effective ways to connect. The church members provide a lunch for all first-time guests. Says DeLoach, “There’s never a shortage of interesting dishes in Clarkston.”

Also plentiful are the children and teenagers in the area, the DeLoaches' four children among them. “My children are very active at CIBC,” says DeLoach, “and they love serving in simple ways.” 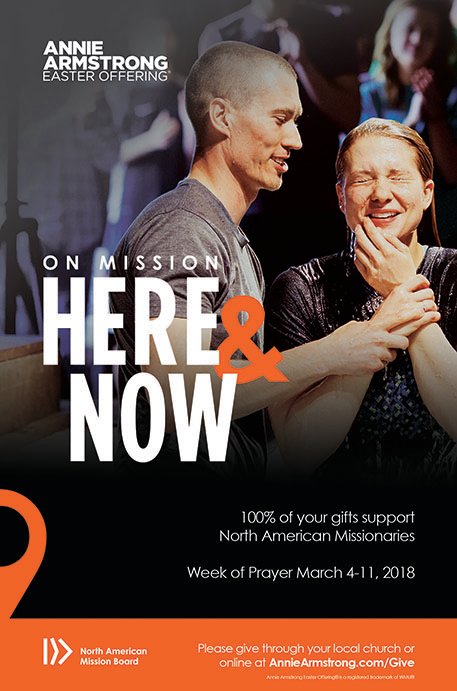 Recently, CIBC started hosting youth services; young internationals are coming in droves. “We are seeing God do amazing things. Several from non-Christian backgrounds have started to see themselves as part of our family. Many are close to accepting Christ.”

“The diversity of our community is what makes us unique; however, it also makes ministry difficult,” explains DeLoach. “We have people [in the city] from different religious backgrounds that include Muslim, Hindu, and Buddhist. Most refugees have significant physical and emotional needs. They need Christian friends who can share the love of Jesus while helping them transition to life in America.”

By living next door to families like these, Elizabeth says they have opportunities to influence the nations. “These people are still connected to home,” she says explaining that many are from remote villages that would be difficult for missionaries to access. “You’re able to make a wider impact as you reach these families.”

“One of my dreams is for every Muslim, Hindu, and Buddhist to have a Christian friend who can point them toward Christ,” says DeLoach. “We share with our people a three-step process – learn a name, make a friend, share Jesus.

"It’s simple. That’s our dream. And we see God bringing the nations to us.”

Trent and Elizabeth DeLoach are Send Relief missionaries featured in the Week of Prayer for North American Missions and the Annie Armstrong Easter Offering®. Learn more about the DeLoaches at AnnieArmstrong.com.