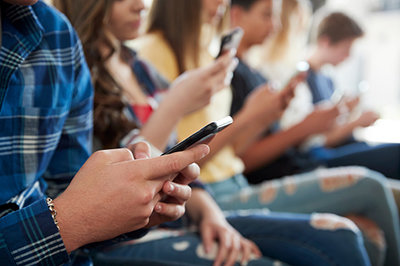 If you’re a parent, like me, or work with students you probably make an effort to be aware of culture. You take extra steps to know how technology is shaping their world more each day. Maybe you even subscribe to a newsletter/website/social media account or two in order to be up-to-date on the latest news.

I do all those things and it still feels like I’m in a race with the world I have no hope of winning. They’re driving a Ferrari while I’m in the box car built by the Little Rascals.

This came to mind recently when I read this Business Insider article about the latest apps favored by Generation Z (those born between 1995 and 2010). The headline told me that if all I knew were Instagram and Snapchat, I was woefully behind. I knew about Reddit and had heard of TikTok, but not NTWRK, Unfold, Lomotif, or Twitch. If you’ve talked to a teen, you know they see YouTube as the preferred channel to what you or I would consider regular TV. Brat, a channel considered the modern MTV with six original shows, boasts 1.6 million monthly active users and more than three million subscribers.

It can feel overwhelming, I know. I asked a Georgia Baptist student minister and he agreed. The race to stay with the influences on teens is just that – a race. In addition, to be a godly influence yourself it requires a dedication to your own relationship with Christ. Because, if in our efforts to be informed about the culture we sacrifice self-discipleship and meeting together for prayer and worship, we become the one influenced.

Youth ministry leaders have known about this for some time. And as such, have encouraged parents and student ministry volunteers to invest in technology that builds one up biblically. It starts with that volunteer/parent drawing closer to God. Then, he or she becomes the influencer on those students around them.

As the most-used digital Bible, YouVersion is familiar to most people. Reading plans, reminders, and the sharing capability for social media are just a few of the features that have made it popular. One you may not have heard of is Through the Word, an app that offers audio guides throughout the Bible one chapter at a time. It encourages daily Bible reading through four steps: Read, Think, Pray, Connect. Sermonettes from pastors around the country are included as well.

I asked the student pastor for one website he’d recommend. He went with The Source for Youth Ministry. This site is loaded with free resources regarding student ministry and culture provided through former Sacramento, California youth pastor Jonathan McKee. Included are ideas for discussion, articles, training videos, and more.

Generation Z is the most unchurched in our country, with a report by Barna and the Impact 360 Institute gauging only 4% holding to a biblical worldview. Turning that around will require becoming stronger Christians ourselves, recommitting to that identity rather than one built on politics and/or social connections. But it also means we commit to knowing how today’s culture operates, where it places value.

Changing a culture doesn’t happen without attempting to understand it.

Changing a culture doesn’t happen without attempting to understand it. Only then can you begin to see the House of Cards upon which it’s built. In turn, you know how the Gospel answers those eternal questions the culture can only pretend it can.

Generation Z and Millennials require more of believers than those before. That’s not a bad thing. It cuts the fat that has become cultural Christianity and makes those of all generations become better, more thorough students of what they believe.

While that makes things tougher in the short term, it makes us all more capable of winning the race.