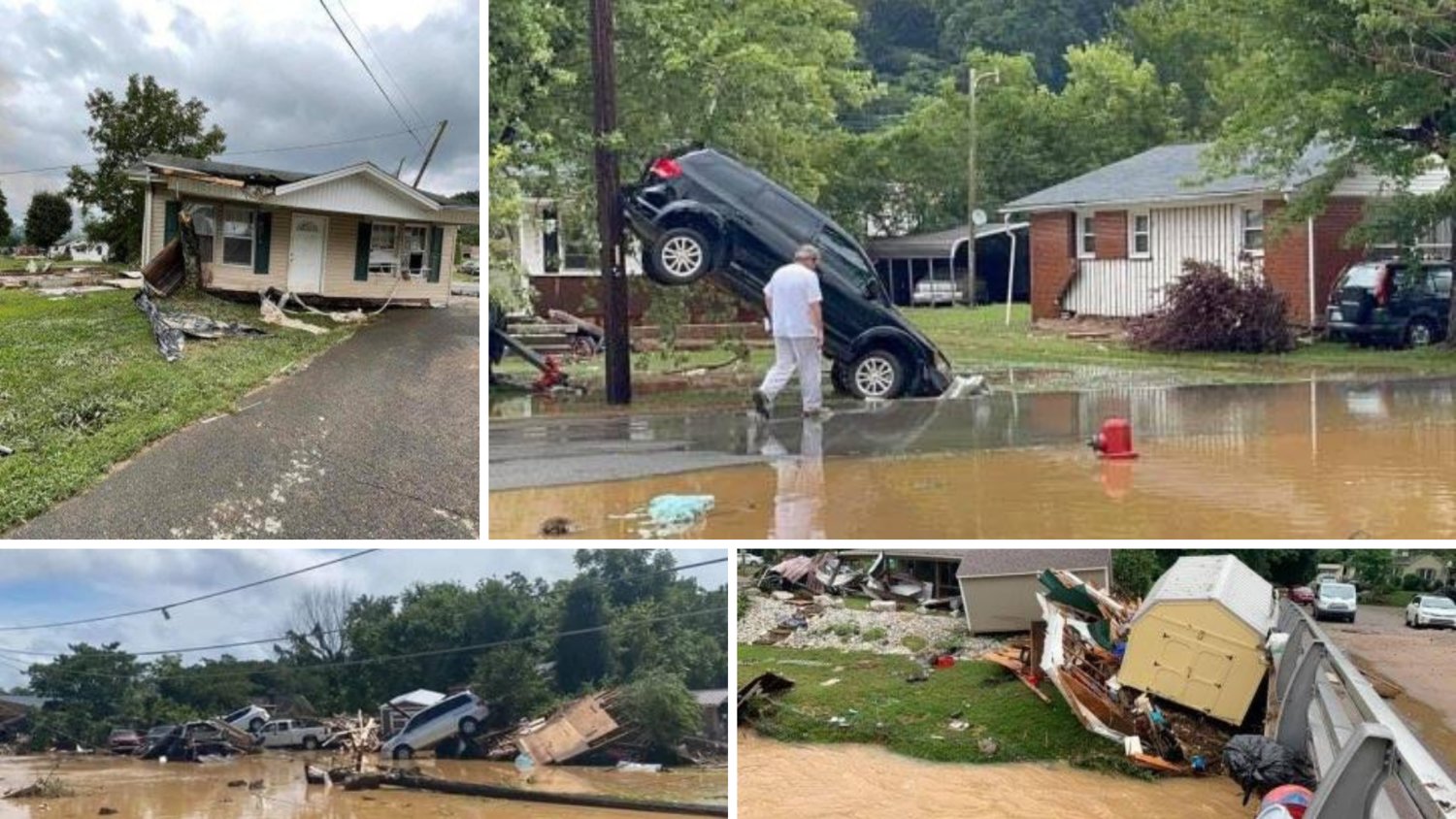 WAVERLY, Tenn.  – At least 22 people are dead and dozens are still missing in Middle Tennessee after heavy rains over the weekend caused devastating flash floods.

Up to 17 inches of rain fell in Humphreys County in less than 24 hours, according to the National Weather Service.

Pastor Scott Brown of First Baptist Church Waverly said he received an emergency alert sometime early Saturday morning, but like many, he assumed it was just a precaution.

When the rain began, “it fell so fast and so heavy,” Brown told TAB Media.

One church member told Brown he had gotten out of bed and was drinking coffee when he saw water coming in under his door.

“By the time he got his wife up, the water was up to their waists,” Brown said. “We’ve got cars across town, houses swept off foundations, children swept away, loved ones gone. In my nightmares or any film, I’ve never seen anything that compares to the power, the suddenness of what happened here.”

Brown said the church didn’t sustain any damage, but “you can walk 100 feet away from us and there are houses in the middle of the road.”

Wes Jones, disaster relief specialist for Tennessee Baptist Disaster Relief, said the communities of Waverly, Dickson and McEwen and the surrounding areas were hardest hit by the flooding.

Because these are small communities, “no one is going to be unaffected” by the loss of life and property, Jones told TAB Media.

For now, Tennessee Baptist Disaster Relief has set up an incident command post and shower trailer at Trace Creek Baptist Church in New Johnsonville to assist flood victims in Humphreys County, according to the Tennessee Baptist and Reflector.

Recovery teams and chaplains also have been deployed as the damage assessment has begun.

Brown said members of his church quickly set up a shelter and began helping people with needs on Saturday even while rescue efforts were underway.

Today, in addition to TBDR, the Red Cross and National Guard are working from the church, along with nurses who are helping with medical needs, he said. Church members are receiving donations and giving them out as they can.

But there will be more needs in the longer term, both leaders said.

Local officials estimate 500-600 homes will have to be rebuilt, and at least 100 more homes will need major repairs.

Jones said it is unlikely many, if any, of the residents have flood insurance because normally, it’s “just a creek” flowing through the area.

As a result, the most tangible need in the short term will be funds to help people relocate, likely to other counties where housing is available.

Brown said a fund established at FBC Waverly likely will be used to help those who are displaced.

Brown noted that even amid so much destruction, there was also “great beauty.”

“I saw people risking their lives for others just because they were in great need,” he said. “In the midst of great horror, none of the things that usually divide us mattered. All that mattered was we were in this together. There was somebody was in need, and we were going to do all we could to love them, to hurt with them, to risk for them and to ease their suffering.”