Refuge Community Church in Austell: seeing a positive future with an excited pastor

Recently, health care professionals conducted free services for others at Refuge Community Church in Austell. The outreach exemplifies the efforts of Pastor Will Gravely and church leadership in constructing the congregation into one preaching the gospel and helping its neighbors. REFUGE COMMUNITY CHURCH/Special
Posted Monday, March 12, 2018 2:54 pm
Gerald Harris

Recently, health care professionals conducted services at a discounted cost for others at Refuge Community Church in Austell. The outreach exemplifies the efforts of Pastor Will Gravely and church leadership in constructing the congregation into one preaching the gospel and helping its neighbors. REFUGE COMMUNITY CHURCH/Special

AUSTELL — Ewing Road Baptist Church has had its challenges over the years, but a faithful remnant has remained to keep the church doors open in an effort to minister to the community around them.

Last year the church was in search of a pastor and God provided a young man who is eminently qualified to rescue the church from a mere existence and transform it into a dynamic force in the community.

The man God provided is Will Gravely, a millennial scholar and leader who overflows with a personal charisma and a gracious spirit that is obvious to the most casual observer.

The young church leader has excellent credentials. He is from Pennsylvania and grew up in the Christian faith. He trusted Christ as his Savior at age 6, but when he was 20 years old God called him into ministry and he became a serious follower of Jesus Christ.

A dedication to racial reconciliation and community engagement

Gravely graduated from Atlanta’s Morehouse College, majoring in music performance. He plays six musical instruments, but focused much of his attention on the saxophone. The Pennsylvania native attended Morehouse on a full-tuition academic scholarship with additional awards for track and field as well as music. Will’s wife, Veronica, is a graduate of Georgia Tech where she majored in chemical engineering. 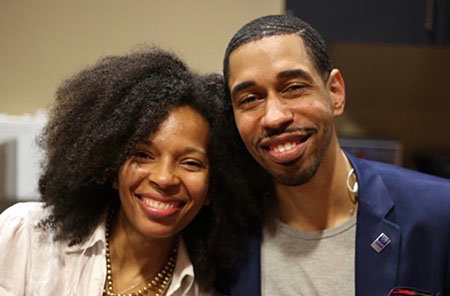 Will and Veronica Gravely serve together to help transform Refuge Community Church into a fellowship that will significantly impact their community. REFUGE COMMUNITY CHURCH/Special

Will is a graduate of Candler School of Theology at Emory University while Veronica earned her Master of Divinity in pastoral care and counseling from the Interdenominational Theological Center in Atlanta. Currently, Will is engaged in the process of earning his Doctorate in Church Leadership and Community Witness from Candler, focusing on racial unity, justice, and reconciliation in the American Church. The Gravelys, who were married in 2010, have four young children have dedicated their lives to their work in racial unity, reconciliation, and community engagement.

Gravely’s academic and leadership awards are numerous, but he recently expressed gratitude for the experience he received while serving as a volunteer on the worship arts team at West Ridge Church in Dallas. It was there under the leadership of Senior Pastor Brian Bloye that Will was groomed in the area of church planting.

In a recent social media post the West Ridge pastor commented on Gravely’s message to a group of pastors, saying, “My friend just gave one of the most powerful talks I’ve ever heard on ‘racism, racial reconciliation, and the church.’ (I am) so proud of this young man.”

During his time at Westridge, Gravely focused on preparing himself to plant a culturally relevant and ethnically diverse church. As his season of preparation was drawing to a conclusion, Ewing Road Baptist Church was looking for fresh leadership and a new direction as a church replant (relaunch). The church was desperately in need of revitalization. 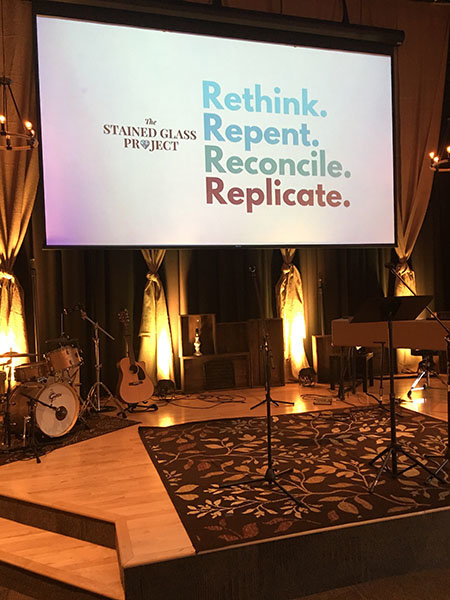 In the providence of God, by August 2017 Will became the lead pastor and church re-planter of Ewing Road Baptist Church. Since becoming pastor of the Austell church, Gravely has led the church to become Refuge Community Church. He said, “The former name only identified the location of the church, but the new name lets the community know that our church is a safe place – a place of refuge and hope. We believe our community is our mission field.

“It’s exciting to see people come alive. We are in the middle of revival. We have developed what we are calling 'The Stained Glass Project,' which is the culmination of my doctoral research efforts. We are working together to produce educational content to bridge cultural gaps, train leaders for cross-cultural contexts, and establish a pathway for planting multi-cultural churches. Refuge Community Church will be a national model for this unique cross-cultural community work.”

Gravely indicated that the church has an external Path Forward Team made up of four churches that are assisting the church with prayer and financial support. Those churches are West Ridge, First Baptist Woodstock, NorthStar Church in Kennesaw, and Greenforest Baptist Church in Decatur.

However, Refuge Community Church also has an internal Path Forward Team. This team will assist the pastor in charting a course for the future. This will include establishing a new Constitution and Bylaws, which will incorporate the 2000 Baptist Faith and Message as the church’s statement of faith.

Working to be a model for other churches

The Refuge pastor indicated that plans are already underway to re-establish the church’s youth ministry and young adult ministry. He said, “We are already multi-ethnic and multigenerational. We have babies in the nursery and one member who is 96 years old.”

The church has already had success in reaching out to the community. Gravely explained, “We partnered with Cumberland Christian Academy to host a Fall Festival and had over 400 people here on our 30 acre campus. 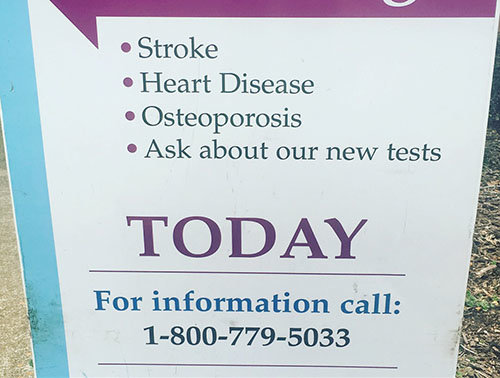 A recent medical screening at a discounted cost to the community brought more than 100 people to the campus of Refuge Community Church.

“More recently we had Lifeline Medical Screenings, a group of physicians and health care professionals, to come to our facility to provide health evaluations. We were able to see 106 come on our campus to avail themselves of this service.

“We are also placing a great emphasis on relational evangelism. We want people to engage in Gospel conversations with people every day. We are going to have a big push for Easter. I think we could have 250 people on that special Sunday."

“We want to become the community center for this area – a place that people couldn’t envision as not being here. I want us to make such an impact that there would be a huge void if we were not here.

“We love it here. This church has welcomed us with open arms. I feel like I’ve been here for six years rather than six months.”

Will Gravely’s vision, work ethic, and thoughtful, powerful preaching coupled with a gracious congregation of people that are eager to follow their pastor’s leadership combine to make a church worth watching as they seek to claim their community for Christ.