Religious freedom, HB 757, and the call to continue 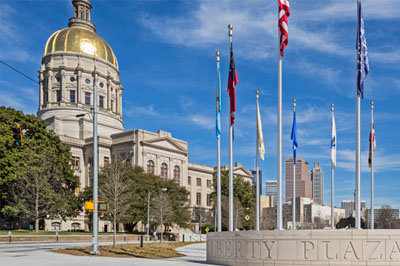 We have been involved in a very long and difficult struggle to defend religious liberty in the state of Georgia. Let’s take a look back at what has happened.

In the first year of the 2015-2016 Biennium, my colleague, Senator Josh McKoon, introduced a bill that was essentially the same as a piece of legislation that had passed at the Federal level in 1993. It would have prohibited the government of the state of Georgia from compelling someone to do something against their religious beliefs unless there was a very strong, compelling reason. This bill was called the Religious Freedom Restoration Act, or RFRA.

While some said that no such bill was needed in Georgia because of the Federal RFRA, they are incorrect. The Supreme Court has since ruled that the Federal RFRA does not apply to the states, and that, in fact, states do need their own version. In large part because of this ruling, 31 other states, besides Georgia, have already passed laws identical to or very much like the 1993 Federal RFRA. All of the states surrounding Georgia have State RFRAs in place.

Some have claimed that RFRA is a radically far-right and discriminatory bill, despite passing at the Federal level with overwhelming support by Congress, including Georgia’s current Governor and then Congressman Nathan Deal, as well as with the support of then-President Bill Clinton, who signed the Federal RFRA into law. There have been no incidents of discrimination in regard to this law since its passage in 1993.

Senator McKoon’s bill, after passing overwhelmingly in the Georgia Senate, languished in a House committee for an entire year. As a result, several versions of RFRA were offered by various representatives at the beginning of the 2016 session. But only one bill was introduced in the House, commonly called the “Pastor Protection Act,” or PPA, which would have simply provided religious freedom protection so that the state of Georgia could not compel a pastor to officiate over a same-sex wedding if doing so violated his deeply-held religious conviction that marriage, as instituted by God, is between a man and a woman.

Protection for all Georgians

After passing unanimously in the House, the PPA, legally numbered House Bill 757, came to the Senate, where my colleague, Senator Greg Kirk, amended it in committee to include the “First Amendment Protection Act”, or FADA. This would have provided religious freedom protection so that the state of Georgia could not take adverse action against an individual or business for having a deeply held religious belief that marriage, as instituted by God, is between a man and a woman. Thus, protection for all Georgians.

Having passed out of committee, HB 757, with FADA added to it, passed the Senate by a strong majority and went back to the House, where it was amended again to add what was, essentially, Senator McKoon’s long-lost RFRA bill. The result was that both Houses agreed overwhelmingly to this version of HB 757, that in summary, combined PPA, FADA, and RFRA together.

The objection came from Governor Deal, who demanded that the bill be stripped of the language which provided religious freedom protection for individuals and businesses, leaving protection only for pastors/clergy and non-profits. Meeting this requirement, which was necessary for his support, this bill then passed out of the Georgia General Assembly on March 16th and went to the governor’s desk. But, despite the fact that all of his demands were met, Governor Deal vetoed HB 757 – the law titled “the Free Exercise Protection Act” on March 28th.

Some have claimed that the bill is radical, and thus Governor Deal vetoed it. But is it really? It says that the state cannot force a business to be open on Sunday. Is that radical? It says that the state cannot make someone attend a wedding they don’t want to attend. Is that radical? The majority of Georgians do not think so and have expressed their strong support of this legislation.

But do you know what is radical? It is radical for Big Business and the Atlanta Chamber to succumb to the pressure of special interest groups and help push their agenda. The businesses that are making these threats are located all over this nation and in other parts of the world. They haven’t pulled out of those places so why threaten Georgia?

Why doesn’t the media present this story as businesses intimidating Georgia rather than legislators threatening the economy? Why does something that is “for” protecting something get reported as “against” something else? Why has there been so much negative press about this issue? The real reason is because there is and has been an agenda to destroy religious freedom, which is the basis of all of our other freedoms.

The simple truth is that there is nothing discriminatory about this bill. I repeat, there is no discrimination in it. A lot of diligent work has gone into this bill. There was concerted effort by those in both chambers working with the speaker and the lieutenant governor and the governor’s office to ensure protection against discrimination.

That is why I am very disappointed that a man who, not only once, but twice, won the trust of a majority of the voters in this state, so blatantly violated that trust by refusing to sign a law that will protect them – the ordinary people who live and work in our state, those who are producers and consumers, those who contribute to making our economy strong as well. Their voices have been ignored by our governor.

However, this battle is not over. There are several options for the true, freedom-loving, God-fearing members of the legislature to take. Our Founding Fathers have given us a form of government that includes a balance of powers with checks and balances. They have given us the incredible gift of a representative form of government – a government of the people, by the people, and for the people. The voice of the people has spoken through their elected representatives. They want HB 757 – “The Free Exercise Protection Act.”

The Constitution of Georgia allows for a special session of the General Assembly to be called in order to overturn the governor’s veto. For that, we would need the support of 34 Senators and 108 Representatives. This is certainly possible, as overwhelming majorities in both Houses voted for the passage of HB 757.

But it will take courage. Freedom is not free; it is costly and has come to us because of the great sacrifice of so many. Are we now willing to protect it for those who come behind us? I want my children and my grandchildren to enjoy the same freedoms that I have had in my life – freedoms for which my father fought.

Others are fighting in the states around us. Others are taking a stand. Not taking action now on this issue will only result in more battles in the future.

Religious liberty created our great nation. Religious liberty is the foundation of all of our other freedoms, and it must be protected. Join me as I make every effort to call a special session to overturn the governor’s veto. This is the right thing to do, whatever the cost!

I urge my fellow senators and representatives to rise up. I urge the citizens of Georgia to rise up as well. Let your senator and representative know how important this issue is to you. Watch to see how they respond and hold them accountable for their action or inaction. I pray, and I ask, that you join me in praying that enough will be willing.

However, if there is not enough support for a special session to be called, know that we will not give up. My colleagues and I will return next year at the start of the new 2017-2018 Biennium, and we will continue this battle for the religious liberties of all Georgians.