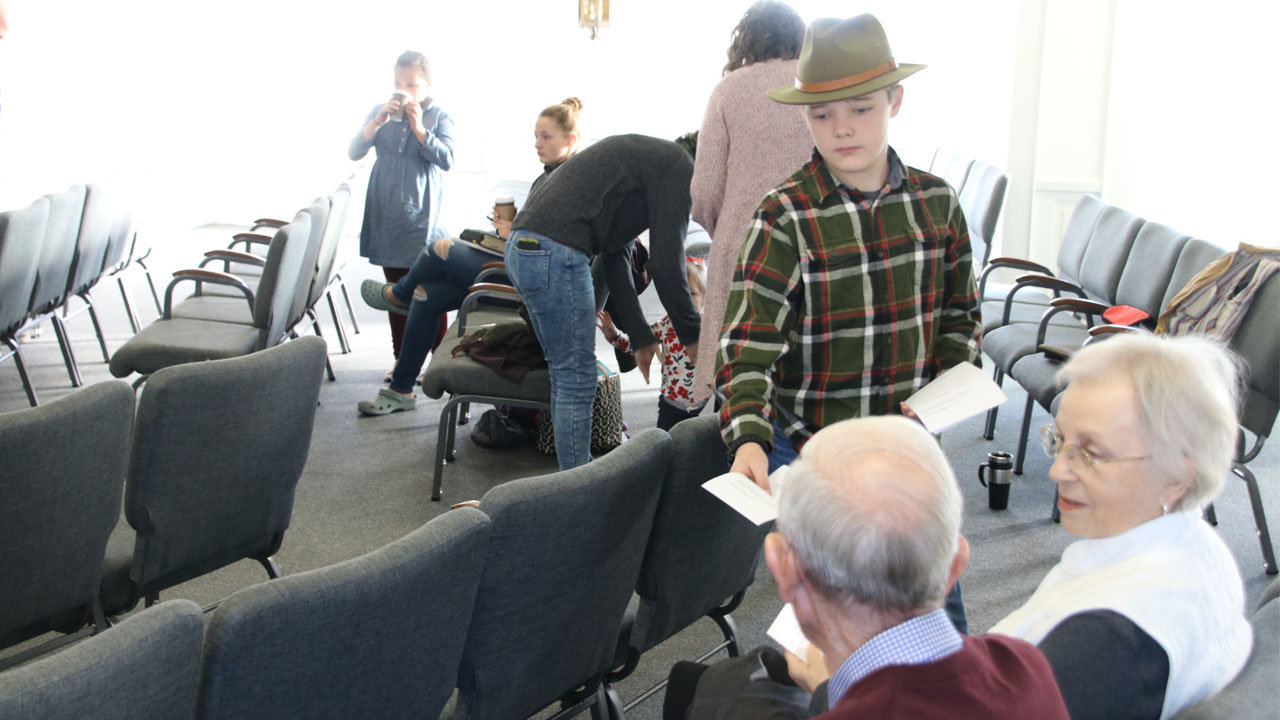 Malachi Parker, 11, hands worship bulletins to James and Joyce Dawson, members of The Rock Church for 60 years. The Dawsons were among those who voted for the church restart and still attend. Over the years both served as Sunday School teachers in addition to James being a deacon and Joyce serving as clerk, treasurer, and other positions. SCOTT BARKLEY/Index
Posted Friday, January 10, 2020 4:19 pm
Scott Barkley