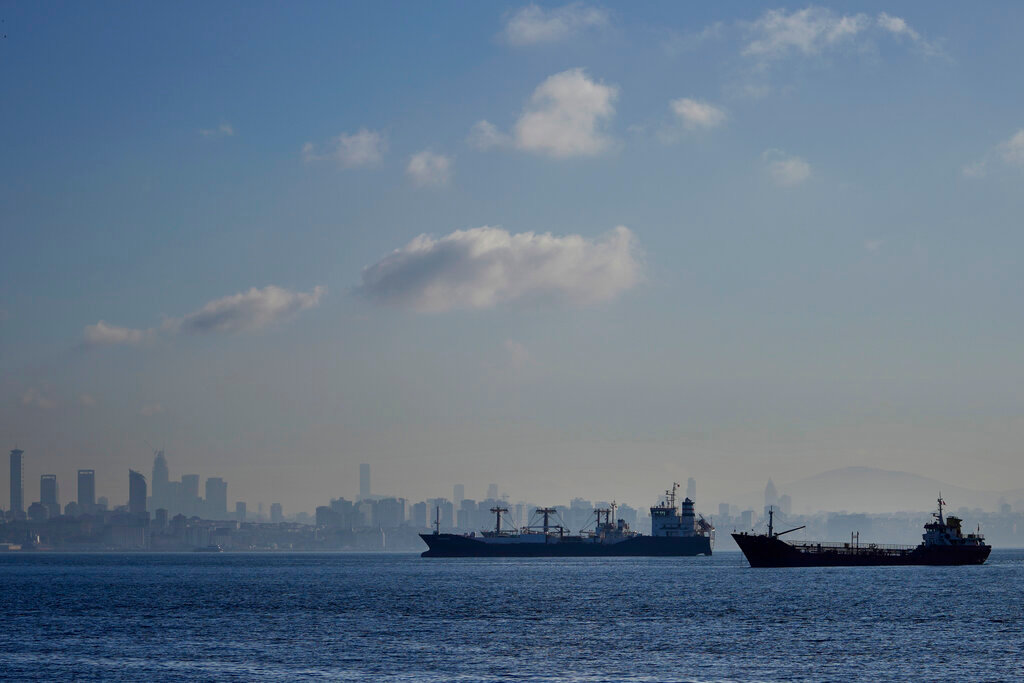 KYIV, Ukraine (AP) — Diplomatic efforts salvaged a wartime agreement that allowed Ukrainian grain and other commodities to reach world markets, with Russia saying Wednesday it would stick to the deal after Ukraine pledged not to use a designated Black Sea corridor to attack Russian forces.

The Russian Defense Ministry said in a statement that Ukraine formally committed to using the established safe shipping corridor between southern Ukraine and Turkey “exclusively in accordance with the stipulations” of the agreement.

“The Russian Federation believes that the guarantees it has received currently appear sufficient, and resumes the implementation of the agreement,” the ministry said, adding that mediation by the United Nations and Turkey secured Russia's continued cooperation.

Russia suspended its participation in the grain deal over the weekend, citing allegations of a Ukrainian drone attack against its Black Sea fleet in Crimea. Ukraine did not claim responsibility for the attack, which some Ukrainian officials blamed on Russian soldiers mishandling their own weapons.

Turkish President Recep Tayyip Erdogan said Russian Defense Minister Sergei Shoigu informed Turkey's defense minister that the deal for a humanitarian grain corridor would “continue in the same way as before” as of noon Wednesday.

Erdogan said the renewed deal would prioritize shipments to African nations, including Somalia, Djibouti and Sudan, in line with Russia’s concerns that most of the exported grain had ended up in richer nations since Moscow and Kyiv made separate agreements with Turkey and the U.N. in July.

U.N. humanitarian chief Martin Griffiths said Monday that 23% of the total cargo exported from Ukraine under the grain deal went to lower or lower-middle income countries, which also received 49% of all wheat shipments.

Ships loaded with grain departed Ukraine on Tuesday despite Russia halting its support for the agreement, which aimed to ensure the safe passage of critical food supplies meant for parts of the world struggling with hunger. But the United Nations had said vessels would not move Wednesday, raising concerns about future shipments.

The United Nations and Turkey brokered separate deals with Russia and Ukraine in July to ensure Africa, the Middle East and parts of Asia would receive grain and other food from the Black Sea region during Russia’s eight-month-old war in Ukraine.

Ukraine and Russia are key global exporters of wheat, barley, sunflower oil and other food to developing countries where many are already struggling with hunger. A loss of those supplies before the grain deal was brokered in July surged global food prices and helped throw tens of millions into poverty, along with soaring energy costs.

The grain agreement brought down global food prices about 15% from their peak in March, according to the U.N. Losing Ukrainian shipments would have meant poorer countries paying more to import grain in a tight global market as places like Argentina and the United States deal with dry weather, analysts say.

After the announcement of Russia rejoining the deal, wheat futures prices erased the increases seen Monday, dropping more than 6% in Chicago.