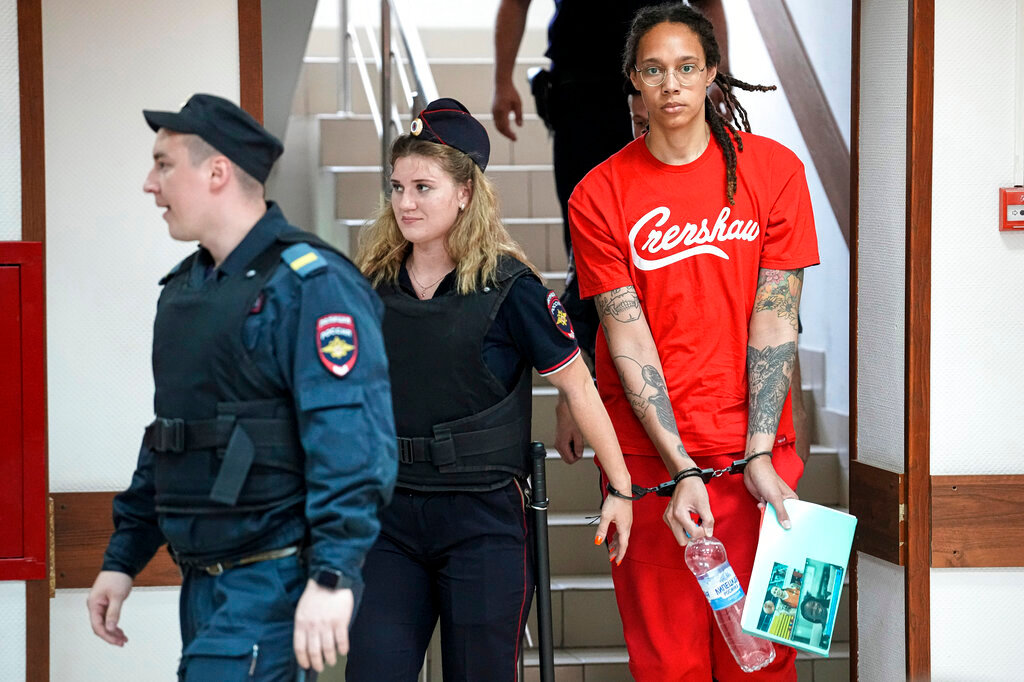 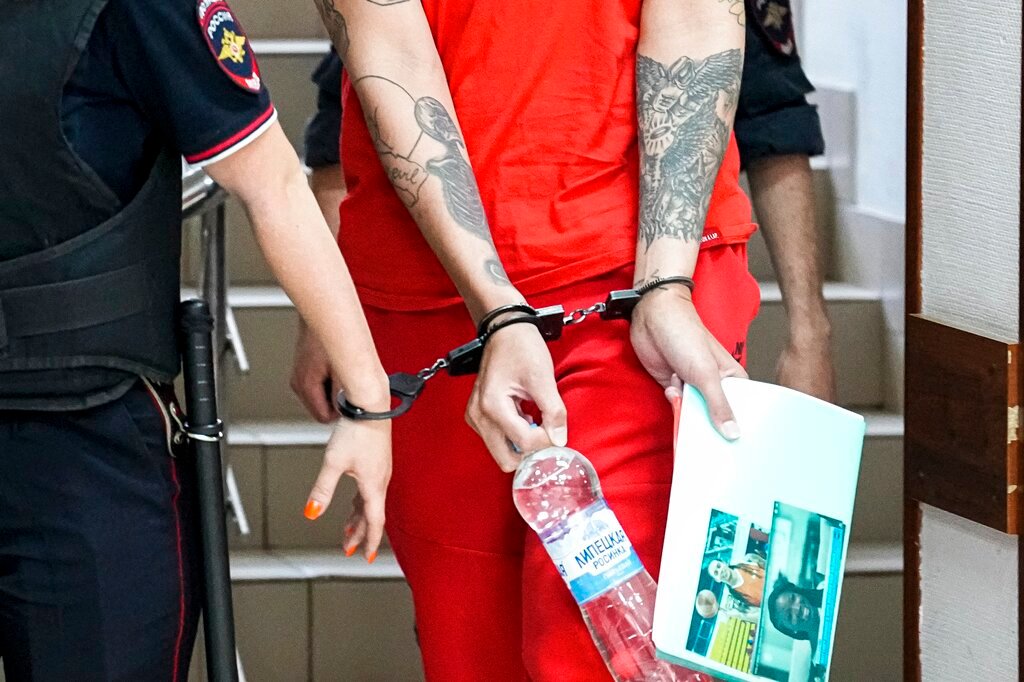 The reports quoted Griner as pleading guilty to the charges at Thursday’s court hearing. They said that speaking through an interpreter, Griner said she had acted unintentionally because she was packing in haste.

Griner was detained in February at Moscow’s Sheremetyevo Airport after vape canisters with cannabis oil allegedly were found in her luggage. She faces up to 10 years in prison if convicted of large-scale transportation of drugs.

Griner’s trial began last week amid a growing chorus of calls for Washington to do more to secure her freedom nearly five months after her arrest.

Before Thursday’s hearing, Russian police escorted Griner, handcuffed and clad in a bright red T-shirt and sports trousers, into the courtroom past a crowd of journalists.

Russian news media have repeatedly speculated that Griner could be swapped for Russian arms trader Viktor Bout, nicknamed “the Merchant of Death,” who is serving a 25-year sentence in the U.S. on conviction of conspiracy to kill U.S. citizens and providing aid to a terrorist organization.

Russia has agitated for Bout’s release for years. But the wide discrepancy between Griner’s alleged offense and Bout’s global dealings in deadly weapons could make such a swap unpalatable to Washington.

Others have suggested that she could be traded along with Paul Whelan, a former Marine and security director serving a 16-year sentence in Russia on an espionage conviction that the U.S. has repeatedly described as a setup.

Russia has shown no signs of backing off.

“This is a serious offense, confirmed by indisputable evidence ... Attempts to present the case as if the American was detained illegally do not hold up," Foreign Ministry spokesman Alexei Zaitsev said Wednesday.

“The law has been violated, and arguments about the innocent nature of Griner’s addiction, which, by the way, is punishable in some U.S. states, are inappropriate in this case,” he said.