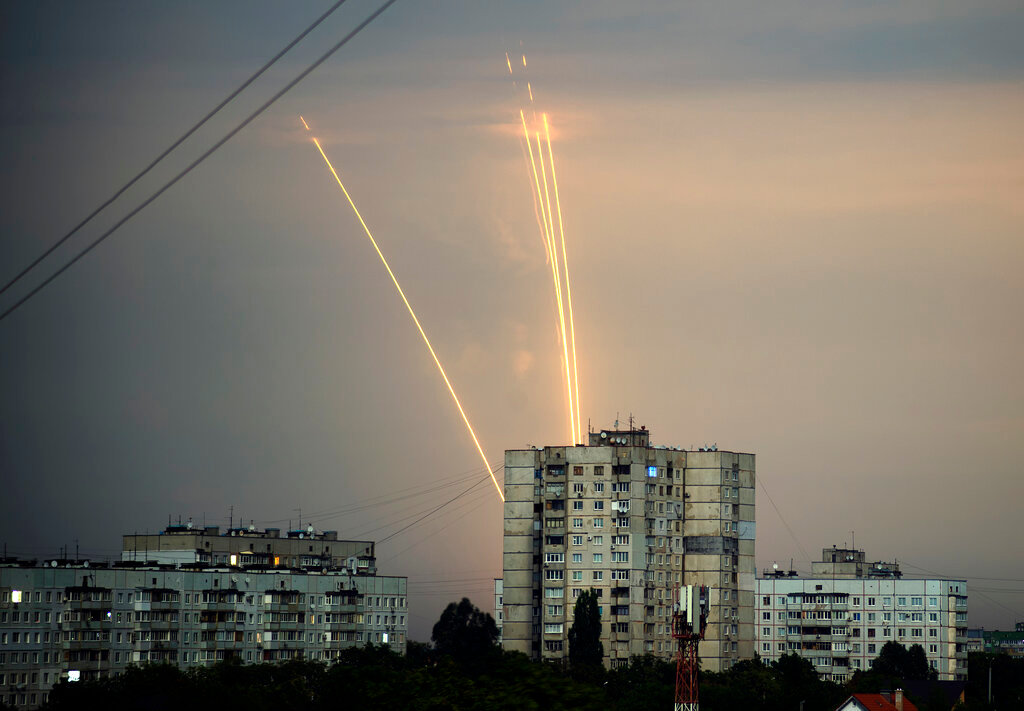 KYIV, Ukraine (AP) — At least three Ukrainian civilians have been killed and nearly 20 others wounded in the latest artillery barrages from the Russian military, Ukrainian officials said Monday.

The eastern region of Donetsk, one of the two provinces making up the country’s industrial heartland of Donbas that has been the focus of a Russian offensive, has faced the most intense shelling.

Regional officials said at least three people died and another 13 were wounded by Russian shelling that hit numerous towns and villages in the Donetsk region during the last 24 hours. The barrage has damaged dozens of residential buildings and civilian infrastructure.

In the country’s second-largest city of Kharkiv, five civilians were wounded in the latest Russian shelling early Monday, according to the city's mayor, Ihor Terekhov.

The Russian forces also struck several other regions of Ukraine with rockets and artillery.

For their part, the Ukrainian military claimed to have destroyed more than 10 Russian warehouses with ammunition and military equipment in the past week.

In other developments Monday:

__ The Ukrainian parliament, Verkhovna Rada, extended martial law and the country's general mobilization for another 90 days.

“Ukraine has always longed and longs for peace and many times in various negotiation formats has offered the Russian leadership to end the war and free Ukrainian land from occupation,” Ukrainian President Volodymyr Zelenskyy said in a video late Sunday. “But so far, Russia believes in terror, remains in the grip of its propaganda illusions and still hopes that it can supposedly achieve something through various forms of blackmail. It won’t.”

He emphasized that “we must defend ourselves,” adding that “the stronger Ukraine will be, the weaker Russia will be, and therefore, the less time this war will last.”

__ Zelenskyy dismissed the heads of three regional branches of Ukraine’s top security agency, SBU, in the Kyiv, Lviv and Tarnopil regions. Zelenskyy’s office didn’t elaborate on the reasons behind the move. Last month, he dismissed SBU chief Ivan Bakanov and a chief prosecutor, saying their departments had too many people who faced accusations of collaborating with the Russians.