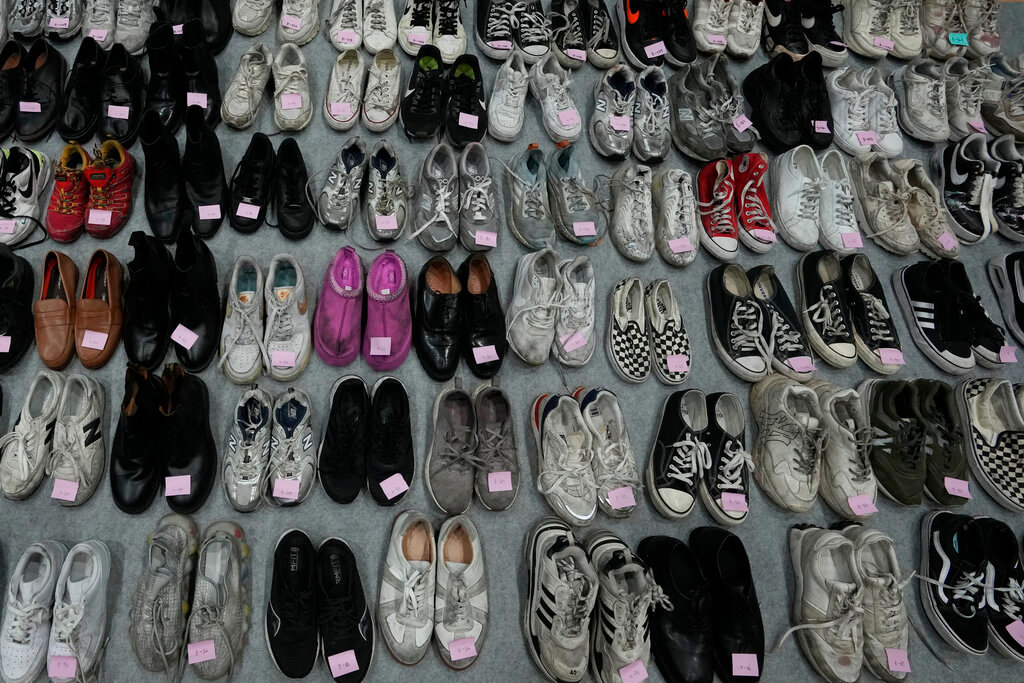 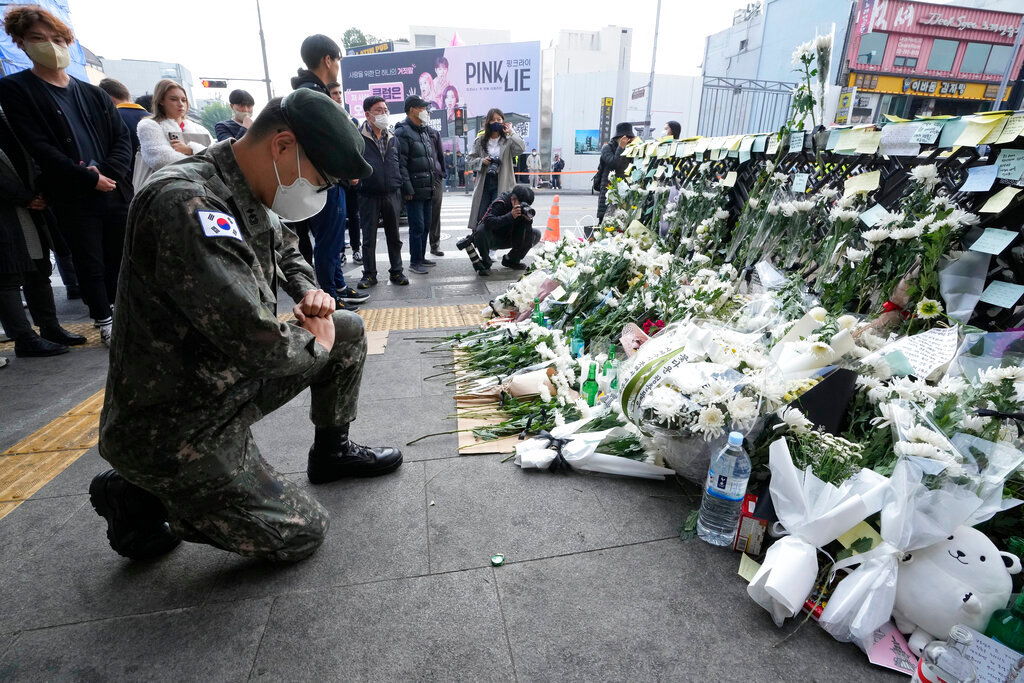 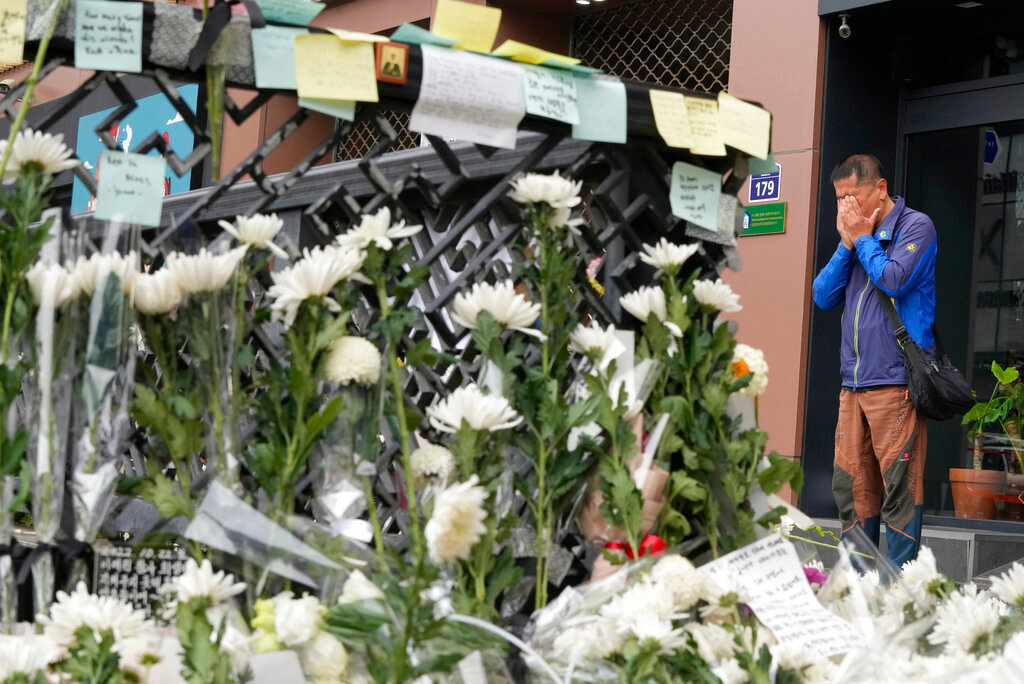 A man weeps as he pays tribute to victims of a deadly accident following Saturday night's Halloween festivities on a street near the scene in Seoul, South Korea, Tuesday, Nov. 1, 2022. (AP Photo/Ahn Young-joon)
Previous Next
Posted Tuesday, November 1, 2022 9:32 am
By HYUNG-JIN KIM, Associated Press

SEOUL, South Korea (AP) — South Korean officials admitted responsibility and apologized on Tuesday for failures in preventing and responding to a Halloween crowd surge that killed more than 150 people and left citizens shocked and angry.

The government is facing growing public scrutiny over whether the crush Saturday night in Seoul’s Itaewon district, a popular nightlife neighborhood, could have been prevented and who should take responsibility for the country's worst disaster in years.

National police chief Yoon Hee Keun said an initial investigation found there were many urgent calls from citizens notifying authorities about the potential danger of the crowd gathering in Itaewon. He said police officers who received the calls failed to handle them effectively.

“I feel a heavy responsibility (for the disaster) as the head of one of the related government offices,” Yoon said in a televised news conference. “Police will do their best to prevent a tragedy like this from happening again.”

Yoon said police have launched an intense internal probe into the officers’ handling of the emergency calls and other issues, such as the on-the-spot response to the crowd surge in Itaewon that night.

Seoul Mayor Oh Se-hoon apologized deeply and wept and briefly halted his news conference as he talked about the parent of a 20-year-old woman who was declared dead earlier in the day.

“When I tried to comfort a person with a daughter hospitalized at the National Medical Center yesterday, they said their daughter would survive and they believed so,” he said. “But I heard she passed away this morning. I am sorry that my apology has come late.”

The disaster — which left at least 156 people dead and 151 others injured — was concentrated in a narrow downhill alley in Itaewon. Witnesses described people falling on one another, suffering severe breathing difficulties and falling unconscious. They said rescuers and ambulances failed to reach the crammed alleys in time because the entire Itaewon area was packed with slow-moving vehicles and partygoers clad in Halloween costumes.

Most of the dead were in their 20s and 30s, and about two-thirds were women.

“My heart is aching a lot as all the victims were like my grandchildren,” 74-year-old Chung Kil-soon said after paying respects at a mourning station Tuesday. “People say our country is an advanced country, but I don’t think we are truly advanced.”

After the Itaewon disaster, police launched a 475-member task force to find its cause.

Senior police officer Nam Gu-Jun told reporters Monday that officers have obtained videos taken by about 50 security cameras in the area and were analyzing video clips posted on social media. Nam said police had also interviewed more than 40 witnesses and survivors so far.

Police said they had sent 137 officers to maintain order during the Halloween festivities on Saturday, much more than the 34-90 officers mobilized in 2017, 2018 and 2019 before the pandemic. But some observers questioned whether the 137 officers were enough.

Adding more questions about the role of police was the fact that they sent 7,000 officers to another part of Seoul earlier Saturday to monitor dueling protests involving tens of thousands of people. Police also acknowledged that the 137 officers dispatched to Itaewon were primarily assigned to monitor crime, with a particular focus on narcotics use, not crowd control.

The death toll could rise as officials said that 29 of the injured were in serious condition. The dead included 26 foreign nationals from Iran, China, Russia, the United States, Japan and elsewhere.