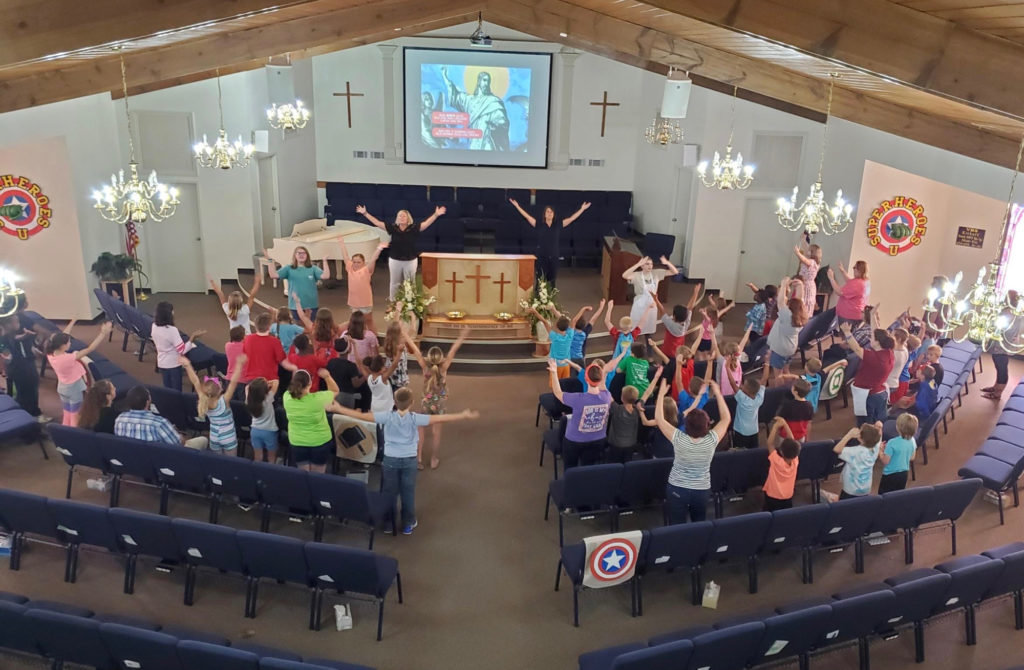 Vacation Bible School is one of the many outreaches of Sandy Valley Baptist Church.

WARNER ROBINS, Georgia (BP) – “We receive peace, contentment and joy from being able to see the results of our giving around the world,” says Phil Bryant, pastor for 23 years of Sandy Valley Baptist Church.

About 20 percent of the church’s income is allocated to missions – 10 percent through the Cooperative Program (the way Southern Baptists work together for the expansion of God’s kingdom globally), 2 percent to Rehoboth Baptist Association and about 8 percent to a variety of hands-on local, regional and global commitments, including Southern Baptist seasonal missions offerings. 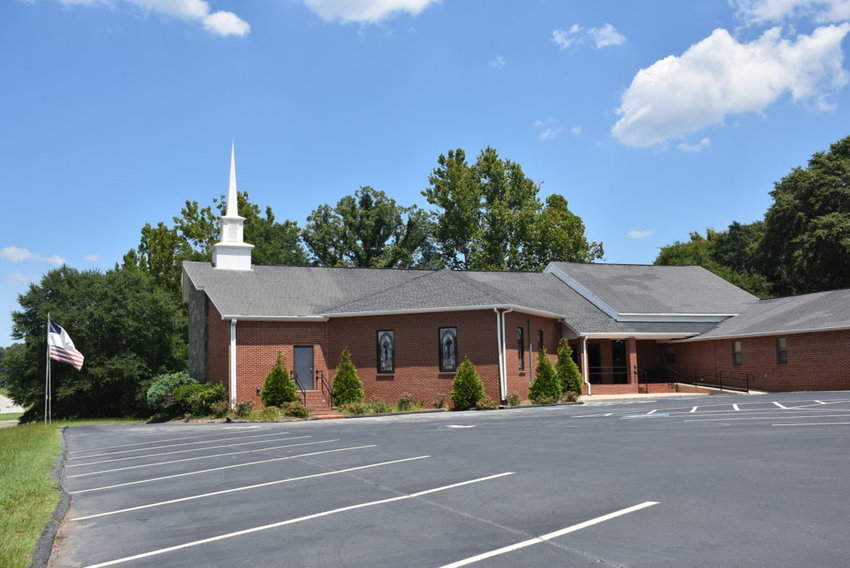 “Missions is what Southern Baptists have been founded upon,” Bryant said. “If we fail to do missions and teach missions and give to missions, eventually we won’t have missions.

“If we’re going to be Southern Baptist and have a cooperative effort to send missionaries around the world and in North America, we have to have the Cooperative Program. It’s a blessing for us to see by our giving we’re able to be the hands and arms and eyes of Jesus.”

Sandy Valley Baptist’s commitment to missions starts with – or maybe is because of – its emphasis on age-graded missions education coupled with missions projects, culminating in missions giving. Missions videos help keep interest high.

“We’re to be extensions of the ministry of Jesus,” Bryant said. “We can never be as powerful as He is, but we have opportunities with social media and the Cooperative Program to do His work and to make it possible for others who go when we can’t go.”

About 200 people participated in Sunday services before Covid at Sandy Valley Baptist, which was started in 1970. About 160 are in services now, though more watch on Facebook Live.

“We’re doing things through social media we’ve never done before,” Bryant noted. This includes on Facebook Live a 5- to 15-minute daily devotional message from the pastor, a Sunday School lesson and all services – Sunday morning and evening as well as Wednesday evening – and communion services every couple of months. These are announced in advance so viewers can have the Lord’s Supper elements on hand.

Sandy Valley Baptist uses the acrostic BUILD to frame its ministry outlook and has Building God’s Kingdom – Together! as its mission statement.

In 2018, as a project spearheaded by the church’s Men’s Ministry, about 80 families in the church received envelopes with cash inside that ranged from $100 to $1,000, and one instruction:

“Take it home and open it with your family and talk about the ways you can bless someone.”

One family bought blankets, gloves and gift cards they shared with homeless people, according to an article posted at the time to FoxNews.com. Two families joined the amounts they had been given and gave the total to a family in the church with serious medical issues. Some families doubled the amount they were given, and then gave it all away.

The Air Force gentlemen who spearheaded that project, now stationed in Argentina, is helping getting water wells dug for the 100 Argentine families who carry jugs of water on their shoulders as they walk from distant wells to their homes, the pastor said. Each well costs about $8,000. Sandy Valley also will be helping.

“All I have to do is mention something to our people about a need and it’s just taken care of,” Bryant said. “We don’t have a huge budget and don’t have people independently wealthy, but people give when there’s a need.”

In addition to ministries the church does on its own or in partnerships with others in the community, Sandy Valley Baptist partners with Rehoboth Baptist Association in some ministries, such as a benevolence fund that provides utilities payments for those in need of such help. Throughout the year “truckloads and truckloads of supplies,” are sent to assist people living in impoverished Appalachia, which stretches north, east and west from Warner Robins in central Georgia. This includes backpacks stuffed with school supplies, winter clothing, bedding and more, the pastor said.

Bryant said he has noted with dismay changes in evangelical and mainline Christian churches over the last three decades.

“In my opinion we have allowed more of the world into the church than church into the world,” Bryant said. “There was evil in Jesus’ day but how we deal with that and accept that makes a difference in who we are.

“In every area of life – schools, government, churches, workplace, in our homes, even, more things are accepted as a whole that shouldn’t be there than I believe ever before. We can blame that on culture or whatever we want to blame it on, but we as a church must stand on the principles of God rather than a changing culture.”

With its BUILD acrostic and Building God’s Kingdom together mission statement, Sandy Valley Baptist strives to be “something to teach us and equip us to go out and do ministry after we’ve been taught ministry,” the pastor said. “That’s why I love the people here; they care about other people. They want to do ministry in the community and around the world.

“We’re one in Christ, and the only message that matters is getting the message of Jesus out. Let’s not miss blessing people around the world.”