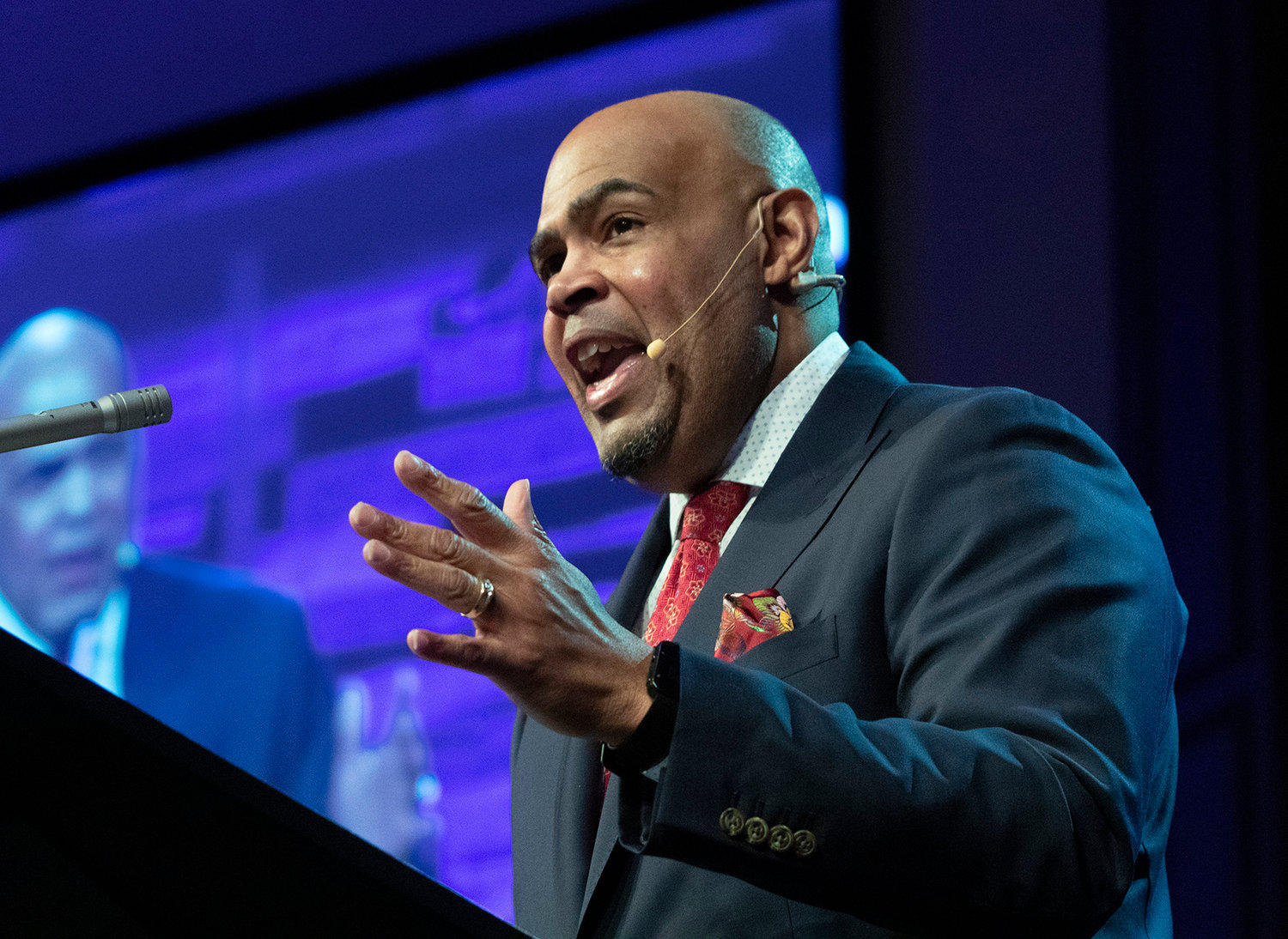 NASHVILLE (BP) – The Southern Baptist Convention Executive Committee rebuked a 2006 statement by a former staff member discrediting the worth of communication between the EC and sexual abuse survivors, pledging to release a previously undisclosed list of alleged and convicted abusers.

In the special called meeting May 24 on Zoom, SBC EC Interim CEO Willie McLaurin also issued a formal apology to abuse survivors on behalf of the entire EC.

“We’ll never know the full extent of the pain and the hurt that was caused for survivors. Care for the vulnerable should be our most important concern when dealing with sexual abuse,” McLaurin said. “And so today, on behalf of all Southern Baptists, I want to issue a formal apology and say that we are sorry to the survivors for all that we’ve done to cause hurt, pain and frustration. We’re committed today to Gospel reconciliation that will lead toward peace.”

“To the survivor community, I can’t imagine the pain that you are going through, and the pain that you have endured for decades,” Slade said. “But I ask you to please be patient with us as we try to grasp what’s going on, what has happened.

“This is a new day in the Executive Committee of the Southern Baptist Convention. And our commitment is to be different, and to do different, now that we know we need to do better.”

The actions and comments followed the May 21 release of an investigation into the past 20 years of the EC’s handling of sexual abuse complaints, conducted by Guidepost Solutions and ordered by messengers to the 2021 SBC Annual Meeting.

The EC overwhelmingly, by a vote of 97 percent with two abstentions, decried the 2006 statement made by Augie Boto, who at the time was EC vice president for convention policy and general counsel. In question is a Sept. 29, 2006, statement Boto wrote to abuse survivor Christa Brown, revealed on page 58 of the Guidepost Solutions investigative report, that reads, “Nevertheless, the adversarial posture which you have assumed is one of several factors leading me to believe that continued discourse between us will not be positive or fruitful.”

The EC rejected Boto’s statement and affirmed the worth of communication and transparency.

“The SBC Executive Committee rejects this sentiment in its entirety and seeks to publicly repent for its failure to rectify this position and wholeheartedly listen to survivors,” the EC affirmed May 24. “Today, in the immediate aftermath of the report’s release, the SBC Executive Committee seeks to make clear that it views engaging with survivors as a critical step toward healing our Convention from the scourge of sexual abuse and working to avoid its continued impact on our loved ones, their families, and our network of churches.”

EC interim counsel Gene Besen pledged to release a previously hidden list of alleged and convicted abusers collected under Boto’s direction by an unnamed, former EC staff member. As of August 2018, there were 585 names on the list, Guidepost Solutions revealed in its report.

“That list was unknown to most of the EC staff and to the trustees,” Besen said. “In consultation last night with Dr. McLaurin and with Chairman Slade, a decision has been made to make Mr. Boto’s list public. … We view this as one of the initial steps we can take to begin building transparency in the new EC that Chairman Slade alluded to in his opening remarks.”

The list will be reviewed before release, Besen said, with names of abuse survivors, names of potential confidential witnesses and uncorroborated allegations of abuse redacted.

The EC will also study the possibility of revoking certain retirement benefits currently received by Boto, and possibly others, Besen announced. Talk of revoking such benefits spurred discussion among EC members, but no motion was made on the issue.

“Dr. McLaurin and I have discussed and we are prepared to review whether or not,” Besen said, “the EC has the ability to revoke Mr. Boto’s retirement benefits. We intend to review that and we intend to announce further actions in that regard on what our decisions and conclusions have been.”

In its lengthy report compiled after a months-long investigation and numerous interviews, Guidepost Solutions reported a pattern of resistance to addressing abuse claims from 2000-2021.

The EC will continue to process the report and take additional actions in response, likely in the coming weeks, Slade said.

A statement from the SBC Executive Committee

As Southern Baptists review Guidepost’s report and the recommendations of the Sexual Abuse Task Force, the SBC Executive Committee would like to address statements it has previously made, including, but not limited to, the September 29, 2006 statement by then-SBC Executive Committee vice president and general counsel, D. August Boto, in which he concludes that a “continued discourse between us [the Executive Committee and Survivor advocates] will not be positive or fruitful.”

The SBC Executive Committee rejects this sentiment in its entirety and seeks to publicly repent for its failure to rectify this position and wholeheartedly listen to survivors. Today, in the immediate aftermath of the report’s release, the SBC Executive Committee seeks to make clear that it views engaging with survivors as a critical step toward healing our Convention from the scourge of sexual abuse and working to avoid its continued impact on our loved ones, their families, and our network of churches.