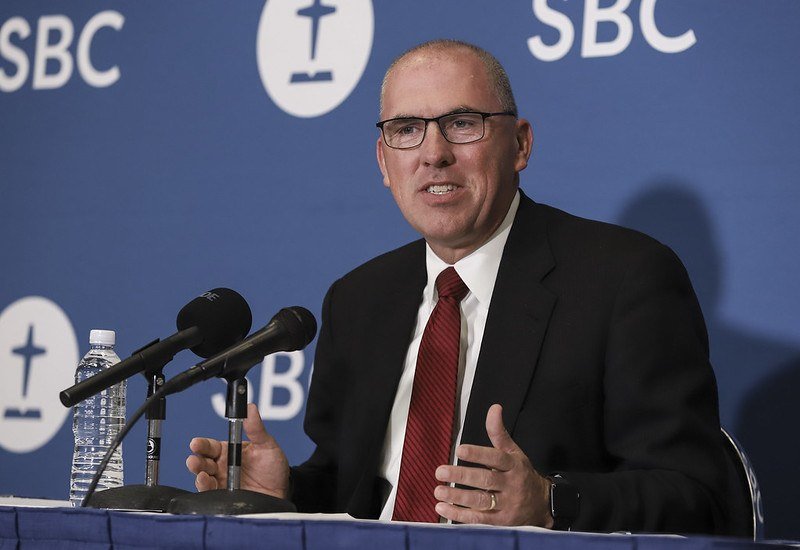 Southern Baptist Convention President Bart Barber will be looking for people with “a sense of rightness” to serve on the Abuse Reform Implementation Task Force.

“Everyone on this implementation task force needs to be committed to the solution of this problem,” Barber said on the podcast SBC This Week.

Barber has committed to making the appointments by mid-July, saying on the podcast, a creation of the SBC Executive Committee, that appointees must understand trauma, sexual abuse, the needs and concerns of abuse survivors, pertinent legal requirements, and SBC polity and structure.

He said he wants good communicators on the task force, people who have good relationships with SBC leaders and people who have the diplomacy to provide proposals and receive feedback.

“It’s enormous, if you think about it,” Barber said. “I’ve just been trying to compile and analyze all of those skillsets in order to have the data that I need.

“If I just decide to wing it … I could end up with a great, well-intentioned team who did not know how to do what they needed to do. So I’m devoting a lot of time to that right now. It’s a very high priority for me.”

“There’s tremendous hurt and need all around us in every one of our congregations,” he said. “And to the degree that we haven’t taken clergy sex abuse very seriously – worker or volunteer sexual abuse – and worked to prevent it and to respond well to it, to the degree that we have egg on our face or anything like that, survivors of other sexual abuse are not going to feel safe and comfortable coming to us for help with what they’ve suffered.

“Beyond our mistakes and our problems, there’s a vast ministry need and ministry opportunity here that I hope we’ll be able to address.”

Barber mentioned one recommendation in particular – the creation of a website tracking sexual abuse convictions and credible accusations.

Barber said Southern Baptists should be thankful for the work of the sexual abuse task force that recommended reforms at the SBC annual meeting in June.

“What we probably will never appreciate is the degree to which being that close to that much trauma over the span of an entire year is traumatic in and of itself for anyone who’s involved in something like that,” Barber said. “I promise you it’s true that these are people who have given of themselves sacrificially in ways, not just in terms of time and work, but just in terms of their hearts and their emotions. They’ve given sacrificially over the space of a year.”