SBC under investigation: What’s this talk of a subpoena and grand jury? 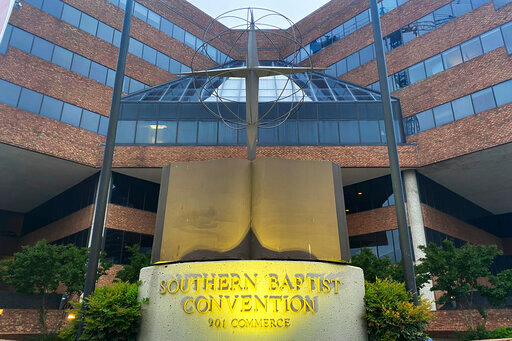 NASHVILLE – The U.S. Department of Justice has begun an investigation of the Southern Baptist Convention in the wake of an internal probe that found the Executive Committee had mishandled sex abuse allegations over a period of years.

Executive Committee lawyers told The Associated Press that federal investigators have already issued a subpoena. They didn’t specify whether that subpoena was civil or criminal. Meanwhile, the Department of Justice is neither confirming nor denying that it is investigating, saying “grand jury matters are secret.”

WHAT WOULD BE THE ROLE OF A FEDERAL GRAND JURY?

A federal grand jury is a body of between 16 and 23 citizens randomly selected from the list of registered voters from the area where the case is being investigated. The grand jury issues subpoenas, considers witness testimony and other evidence and is responsible for the issuance of federal indictments.

WHAT IS A CIVIL SUBPOENA?

A civil subpoena is a procedural way for parties to obtain records during civil ligation. Although without seeing the actual document, it would be difficult to determine if the case is proceeding as a civil matter. A civil subpoena is usually issued after the filing of a civil complaint. In light of the fact that the Guidepost Solutions report was issued on May 15, 2022, a civil complaint at this date would seem unlikely.

WHAT IS A CIVIL INVESTIGATIVE DEMAND?

When the Department of Justice has reason to believe that “any person or enterprise” may be in possession, custody, or control of any documents relevant to an investigation, investigators may issue a civil investigative demand for those documents.

WHAT IS A CRIMINAL SUBPOENA?

A criminal subpoena is issued by a sitting federal grand jury involved in the investigation of criminal violations of federal statutes. If a federal grand jury subpoena was issued to the SBC’s Executive Committee, and not to individuals, it is likely a “subpoena duces tecum,” which is a subpoena for documents which would be required to be returned to the federal grand jury at a specific location on a certain date.

WILL THE FBI HAVE ANY INVOLVEMENT IN THE INVESTIGATION?

The nature of the investigation remains unclear. In a case involving sexual crimes against children, the primary investigative agencies would be the Federal Bureau of Investigation and the United States Postal Service. The federal investigators will serve subpoenas, interview witnesses, present testimony at the grand jury and trial and serve any necessary search warrants. These law enforcement agencies are also responsible for recovering data from electronic devices which are routinely recovered in these investigations.

WHAT CIVIL OR CRIMINAL STATUTES COULD BE THE FOCUS OF THE INVESTIGATION?

That’s difficult to answer because the nature of the investigation remains unclear. Numerous statutes could apply, including the Racketeer Influenced and Corrupt Organization statute in Title 18 of the United States Code that includes a section (Chapter 110) on the sexual exploitation and other abuse of children.

WHAT CRIMINAL CHARGES COULD INDIVIDUALS FACE?

If evidence were to merit it, individuals could also be charged under Chapter 110 for the sexual exploitation and other abuse of children or under Chapter 117 for the transportation of minors with the intent to engage in criminal sexual activity.

WOULD A STATUTE OF LIMITATIONS APPLY TO THE POTENTIAL CHARGES?

There is no statute of limitations for federal charges involving the sexual abuse or exploitation of children, if that were to be the nature of the investigation.

The U.S. Supreme Court has ruled that the double jeopardy does not prohibit the prosecution of an individual in federal court even they have already been tried for similar crimes in state court.
___