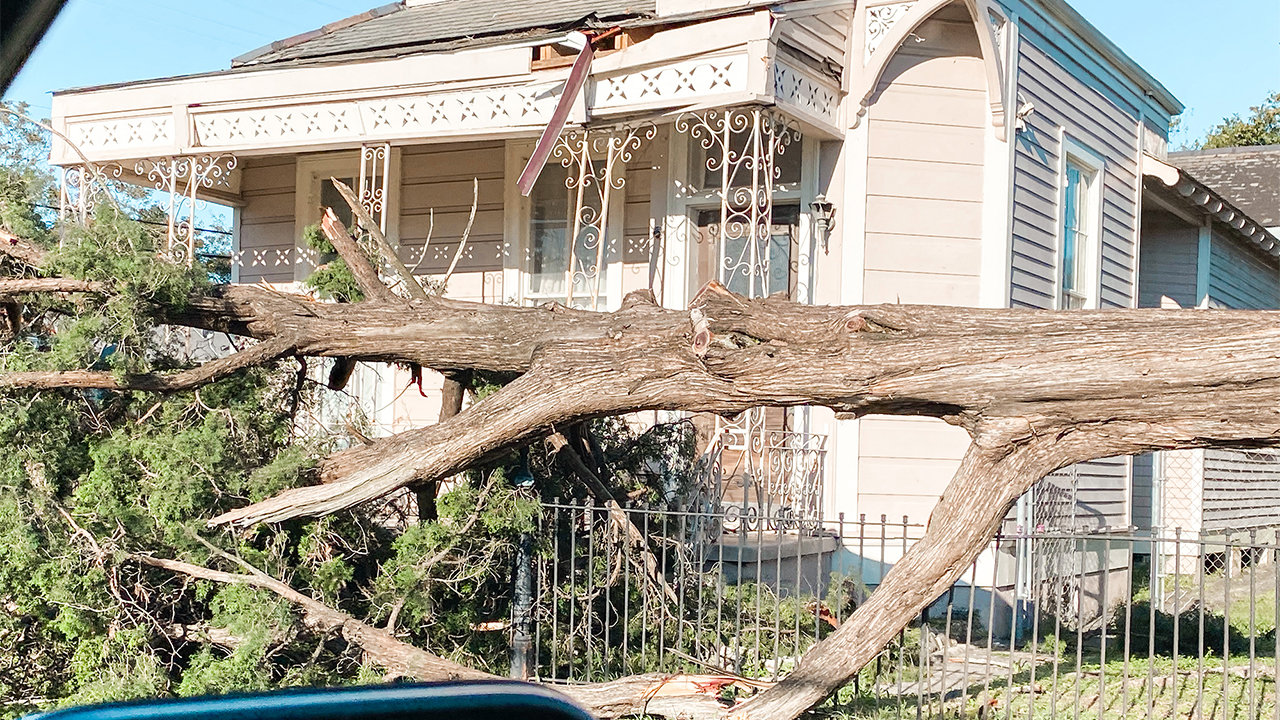 Hurricane Zeta made landfall as a Category 2 storm in southeastern Louisiana on Wednesday evening (Oct. 28). The fast-moving storm traveled across the southeastern United States, knocking out power to more than 2.5 million people. KAY BENNETT

NEW ORLEANS (BP) – Hurricane Zeta made landfall as a Category 2 storm in southeastern Louisiana on Wednesday evening (Oct. 28), passing over New Orleans around 7:30 p.m. before trekking across the southeastern United States and into the mid-Atlantic states as a tropical storm, leaving more than 2.5 million without power.

There are reports of widespread damage in Louisiana, Mississippi, and Alabama. Zeta is the fifth named storm to hit Louisiana this year. Louisiana climatologist Barry Keim told The Times Picayune that this is the largest number of named storms to hit the state since record keeping began in 1851.

“If this was a Cat. 2, I have had all I need,” George Ross posted on social media. “I can mark experiencing a hurricane off my list.”

Ross, the North American Mission Board’s (NAMB) Send City Missionary in New Orleans, also said he had already received reports of damaged churches, stating there “will be opportunities to serve.”

The eye of the storm passed directly over New Orleans, including the New Orleans Baptist Theological Seminary campus. No injuries were reported at NOBTS. 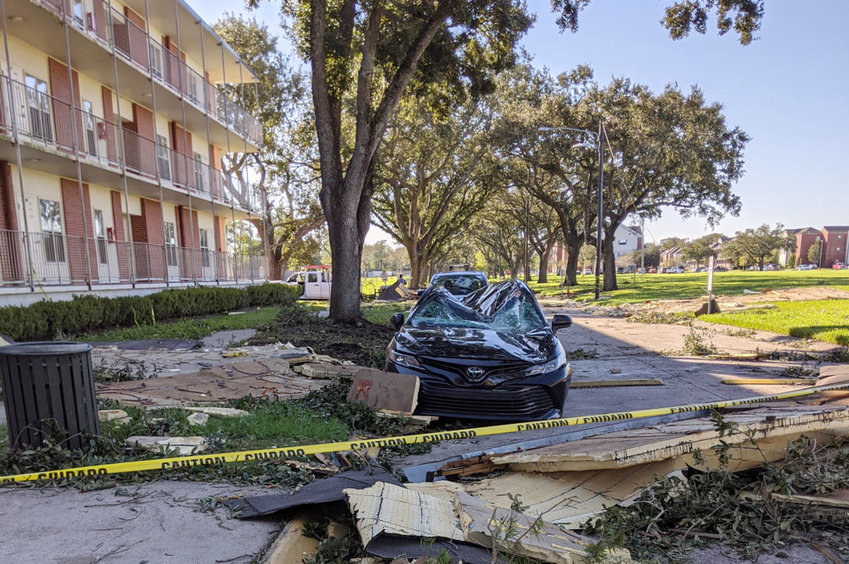 The Fransworth Apartment complex at NOBTS received significant damage during Hurricane Zeta. The building lost part of its roof when the eyewall passed over the campus. Several cars also were damaged by falling limbs and debris. BP/NOBTS

“Hurricane Zeta was a direct hit to our city and to our campus. We are grateful that we had no injuries on campus, and all of our people are doing well and in good spirits,” said Jamie Dew, president of NOBTS and Leavell College. “There is a good bit of damage to our campus, but we are still assessing that as we speak.”

The most significant damage on the NOBTS campus happened at the Farnsworth Apartment complex. A portion of the roof blew off as the eyewall passed over the campus. Falling roof debris crushed one car in front of Farnsworth. Tree damage was extensive throughout campus; several cars and campus fences were damaged by falling limbs and trees. Seminary officials are still assessing possible damage to the fiber optics network on campus.

A cold front passed through on the heels of Zeta, and the campus community took advantage of the cooler temperatures and sunny weather by helping with the clean-up. Students, professors, staff members, and their families aided the clean-up efforts by piling up branches and debris, and the seminary grounds crews worked to cut up fallen trees and larger limbs.

Zeta knocked out power to most of the NOBTS campus, but some residences retained power throughout the storm. Neighbors with power shared cups of coffee with those who lost power and offered to charge power-drained mobile devices.

Café New Orleans, the seminary’s coffee shop, set up a coffee station in the residential portion of campus and offered free coffee to those participating in the clean-up. Tonight, the seminary will grill hamburger for members of the seminary family without power. 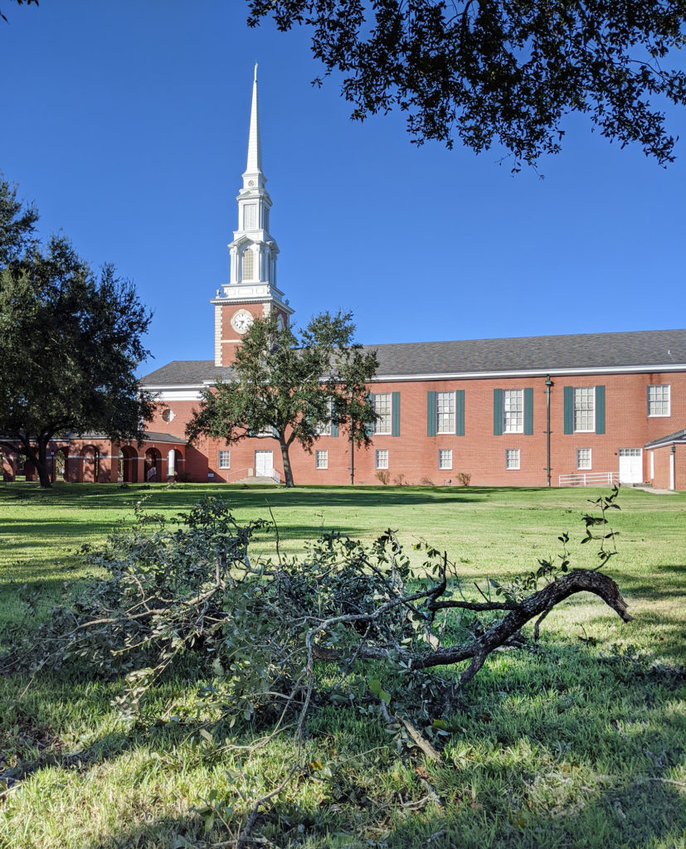 Limbs and branches are down throughout New Orleans Baptist Theological Seminary campus.

There have also been reports of significant damage in the Louisiana cities of Chalmette and Slidell, respectively to the east and northeast of New Orleans. Winds knocked out power to roughly 77 percent of residents in New Orleans according to NOLA.com.

The Mississippi Gulf Coast experienced storm surges of up to nine feet according to a report from The Sun Herald. In the report, National Weather Service meteorologist Peter Grigsby said, “From a wind perspective, this is definitely the strongest storm you have seen since Hurricane Katrina.”

The fast-moving nature of the storm was a positive for the Gulf Coast region. The storm, with its 100mph winds, would have done far more damage had it lingered. In Alabama, however, more than 500,000 are without power, and the number in Georgia is near 1 million based on data collected on PowerOutage.us.

Zeta is the 27th named storm to come out of the Atlantic during the 2020 hurricane season. The number is one shy of the record set in 2005.