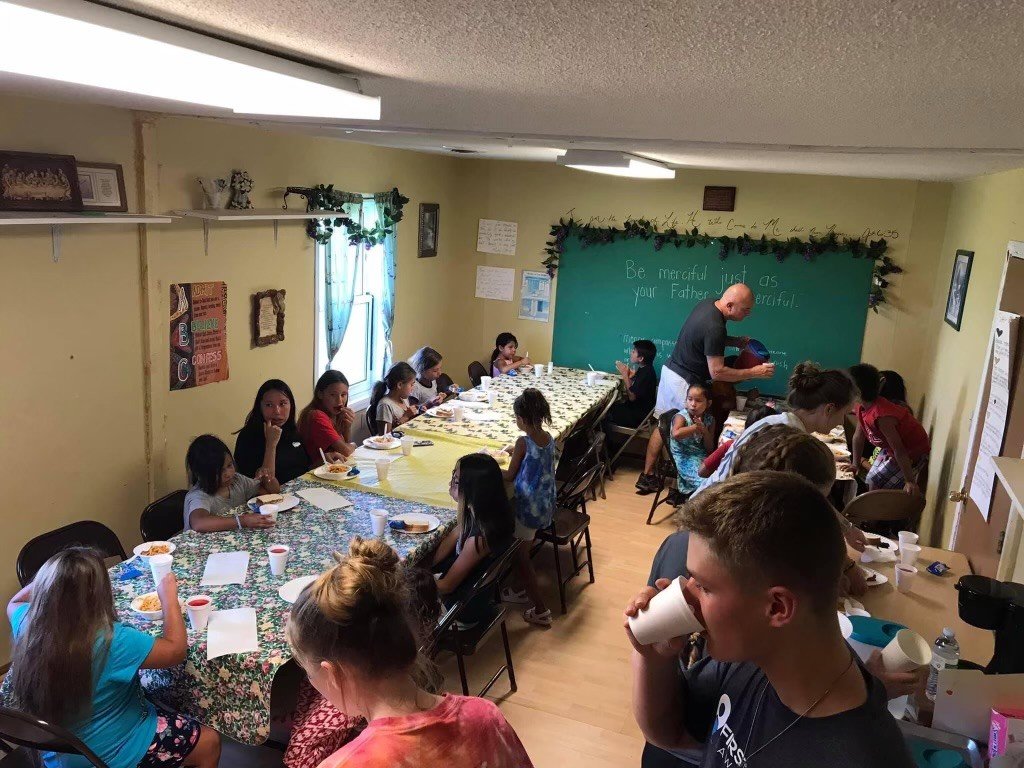 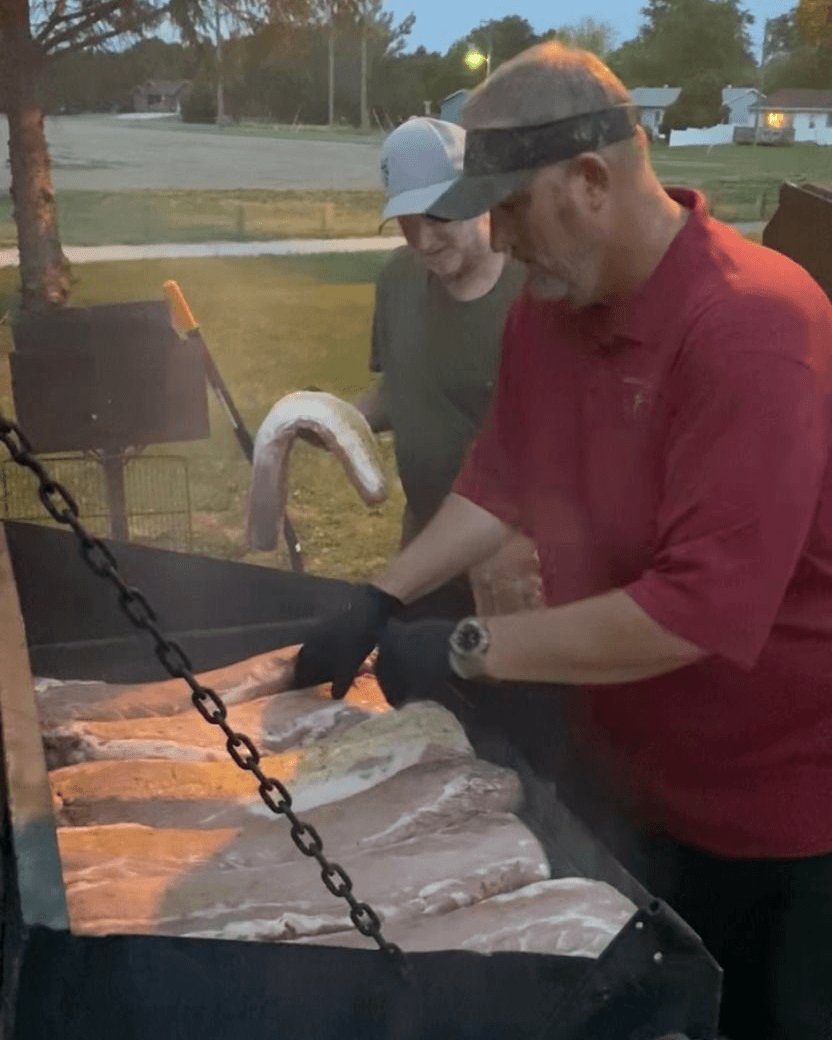 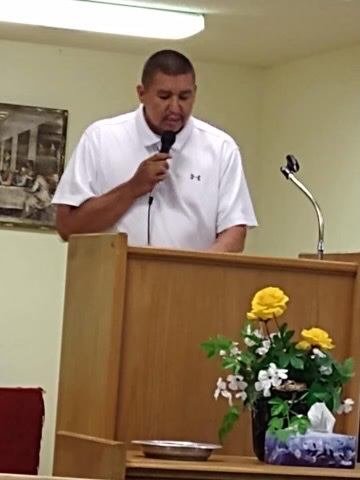 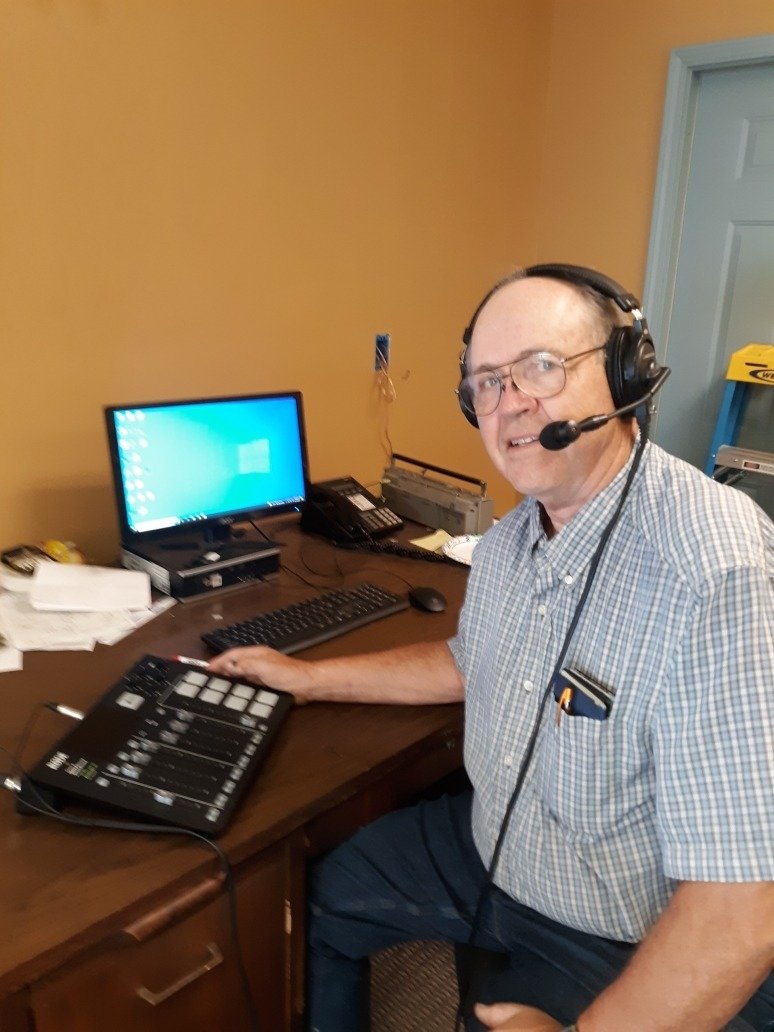 Ted Price, pastor of Redfield Baptist Church, is also an announcer for local baseball games in addition to volunteering in multiple other places.
Previous Next
Posted Friday, August 12, 2022 10:15 am
By SCOTT BARKLEY, Baptist Press

HURON, S.D. (BP) – A recent sermon at Huron Baptist Church included a concept held in high regard by pastor Ian Harp and his peers. It’s a concept that applies both to the life of a minister as well as to the farmers who populate his church, town and surrounding area.

Prayer and patience. They come in handy when crops go in the ground, but also when pastors are working to break through the hard soil of evangelism. That work takes place through their churches but also their secular jobs and other ways they serve the community.

The challenges of rural ministry – such as loneliness and lack of resources – aren’t specific to South Dakota. But even as a second or third job may be necessary for financial stability, so is the need to be around others whether as a pastor, employee or volunteer.

More than likely, others see you as all of the above.

Last month Harp helped smoke 300 pounds of pork tenderloin at a community outreach. Three people were saved at that event. Not long after arriving in June 2019, he cooked a full pig for others to enjoy.

Pastoral work is full-time, but he supplements his part-time pay by driving a garbage truck for the city.

That role also connects him with others outside of the church to hopefully build relationships and introduce them to Christ. Being a “garbage man,” as Harp says it, isn’t very glamorous. But his place as a pastor takes precedence, as his youngest daughter reminded him.

Eighty miles northeast, Billy Keeble preaches on grace and forgiveness at Bethany Baptist Church in Waubay. His passion comes not only from seeing this in Scripture, but knowing it through how he was delivered from alcoholism. It’s the story he tells others in his work during the week at a rehab and treatment center.

His mother’s death in 2014 sent him into depression and drinking. Addiction was not something new to him.

“My family has a lot of addiction in it, and I had trouble staying sober,” he said. “But God moved in my life and those chains are now broken. I can’t explain it, but I felt I wanted to give back. I’ve found my purpose in giving hope to others.”

Redfield, S.D., is known as the Pheasant Capital of the World, with its high school sporting that mascot. It’s baseball team of high school students, however, is the Redfield Area Muskrats, taking that name as an independent club since the state doesn’t sanction the sport.

Ted Price has been a part of providing video work at Redfield High since he was a student there in the early 1980s. As pastor of Redfield Baptist Church, he’s active in numerous roles within the community such as a board member for several groups and as chaplain for the sheriff’s office.

He’s also become valuable with local radio stations not only for his technical know-how but also for announcing athletic events, including Muskrat baseball.

“Anything a pastor does in public provides inroads to others,” he said. “People begin to recognize you. It definitely opens doors.”

Doors open often for Keeble, whether through his work at the treatment center or in the pulpit of Bethany Baptist. Today, his past only comes up in helping others work through their own challenges.

“I tell them there is life on the other side of it,” said Keeble, who works with many fellow members of the Sisseton Wahpeton tribe.

“You’ve got to have patience with everyone and every situation you go through. You have to have faith in planting those seeds. Leave it in God’s hands to grow them,” he said.

Bethany Baptist has invested in a lot of planting. One instance included a family whose members attended the church sporadically and rarely all together. But they persevered and recently both parents and all three daughters were baptized.

This summer, the church held a vacation Bible school with the help of mission volunteers from First Baptist in Lawrenceburg, Ky., and First Baptist St. Charles, Mo.

“We had 35-40 kids each night in a community where Native American traditions run strong,” Keeble said. “Some came to our Sunday service.”

For perspective, Waubay has a population of 530 and three stop signs spread across a two-mile radius. Bethany Baptist sits near the Enemy Swim area of the Sisseton Wahpeton Oyate (“people”) tribal reservation.

Rural pastors, often the only staff member at their church, know the importance of learning on the fly.

Price grew up on a farm and knows well the benefits of ingenuity. “You learn how to do things because you have no other choice, and I had people who taught me,” he said.

It’s come in handy learning to adapt to the current situation, whether as a chaplain counseling others at a crime scene or announcing a close play at home plate.

“I joke that God has blessed me with many talents and I need to use them,” he laughed. “Often, what I see makes it into sermons. The kids tell each other to not do anything silly or I’ll use it. But I do that. If God brings something to mind, I’ll use that to bring home the point of the message.”