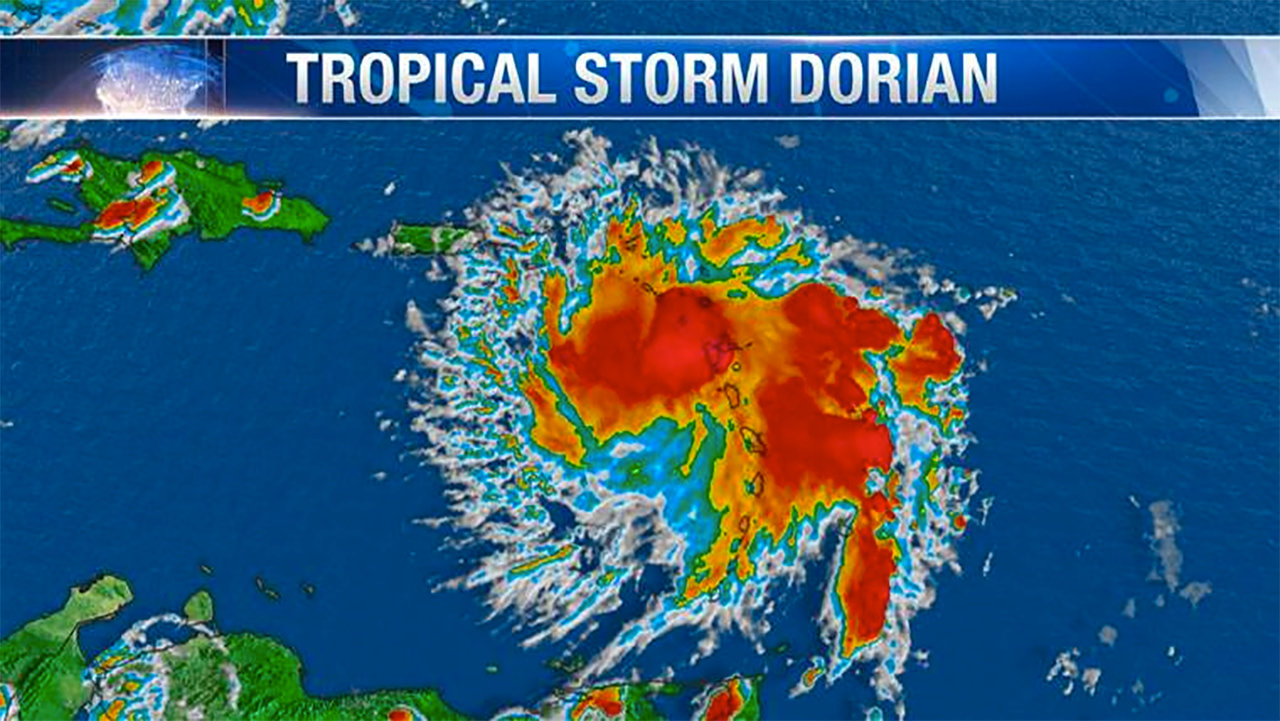 UPDATED 8/28/19 9:12 a.m.: The storm is expected to make landfall on Puerto Rico's eastern coast late Wednesday morning/early afternoon, according to the National Hurricane Center's projections. The center of the storm will cut across the middle of the island, following a path similar 2017's Hurricane Maria.

Send Relief, the compassion ministry arm of the North American Mission Board, are prepared in Puerto Rico for a weather crisis should Tropical Storm Dorian create havoc as it crosses the Caribbean. With thousands of meals ready for distribution and local churches prepared with crisis response equipment, Send Relief has a plan in place should disaster strike. NAMB

Current projections from the National Hurricane Center have the storm making landfall on the southwestern side of Puerto Rico around 8 p.m. today (Aug. 28).

While Dorian is not expected to strengthen to the levels of the 2017 storm, its impact could still be significant to an island that is still in a weakened state.

Along with the physical toll comes the fact that many who endured Hurricane Maria still wrestle with the emotional stress.

"The sense on the island is mixed," Santiago said. "You have those who are suffering from post-traumatic stress. They know what they went through. So, this is just a reminder of the experience they went through."

Over the last two years, Send Relief, the compassion ministry arm of NAMB, has been investing in the island. Mission teams have been rotating in and out of Puerto Rico almost non-stop to repair roofs, paint homes, and serve local communities, completing roughly 700 recovery and repair jobs affecting hundreds of properties.

Part of Send Relief's strategy has been to store more resources on the island in case of emergency and establish a stronger foundation for cooperation among the churches there.

"The church network in Puerto Rico is much stronger than it was two years ago before Maria," said Sam Porter, Send Relief's national director for Southern Baptist Disaster Relief. "We are encouraged that they will be as ready as they can be."

Send Relief currently has 150,000 meals stored in a warehouse on the island. Pallets of that food are being distributed to 10 locations central to previously designated zones. Should the worst occur, they will be accessible for the affected areas, but those pallets can be recalled if they are not needed.

Along with storing food, dozens of churches have the emergency packs Send Relief delivered in 2017 for the response to Hurricane Maria. Churches will be ready to activate those packs, which contain chainsaws, propane powered heating plates for cooking and a generator, should the storm ravage their neighborhoods.

Along with contacting and meeting with the pastors of those churches to ensure their preparedness, Santiago has also been in contact with local Voluntary Organizations Active in Disasters (VOAD) leadership and government officials to discuss any potential response.

"Regardless of whether Puerto Rico gets a direct hit, we are still going to get a lot of rain and at least some wind," Santiago said.

To learn more, go to namb.net/puerto-rico-storm-response.