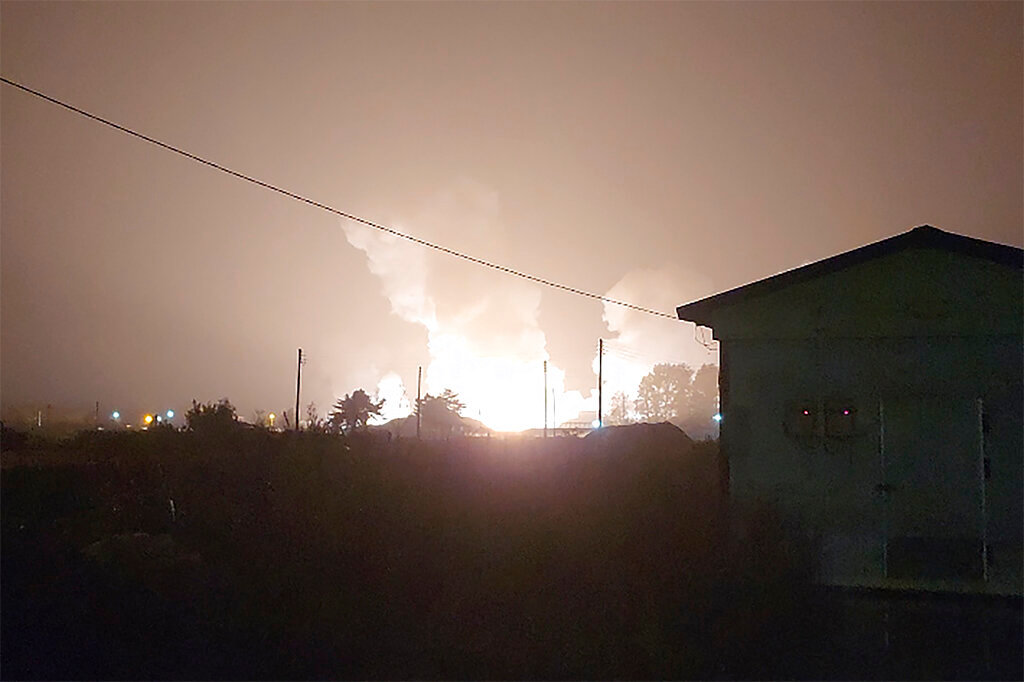 In am image taken from video, flames and smoke rise from a military airbase Wednesday, Oct. 5, 2022, in Gangnueng, South Korea. South Korea’s Joint Chiefs of Staff said no injuries were reported from the explosion which involved a short-range Hyumoo-2 missile. (Kim Hee Soo via AP) 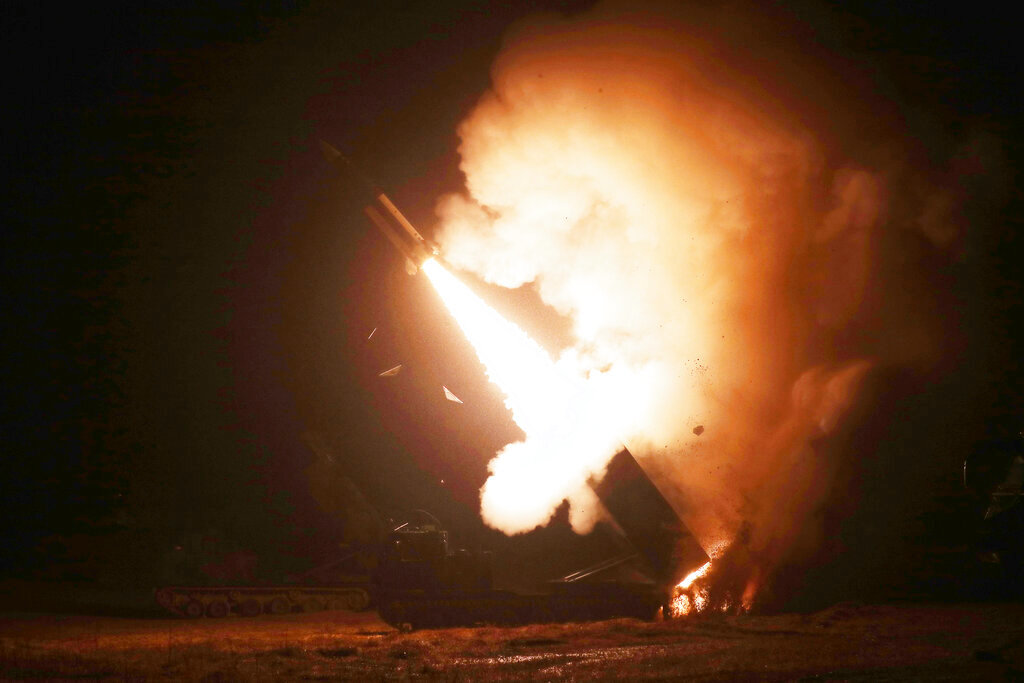 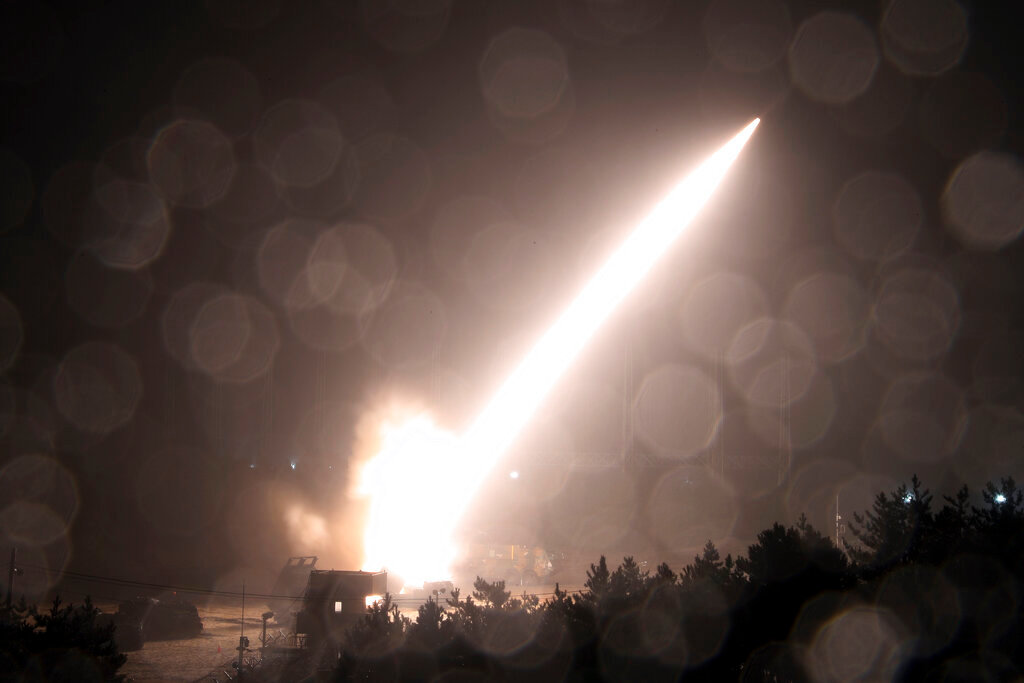 SEOUL, South Korea (AP) — A malfunctioning South Korean ballistic missile blew up as it plowed into the ground Wednesday during a live-fire drill with the United States that was a reprisal for North Korea's successful launch a day earlier of a weapon that flew over Japan and has the range to strike the U.S. territory of Guam.

The explosion and subsequent fire panicked and confused residents of the coastal city of Gangneung, who were already uneasy over the increasingly provocative weapons tests by rival North Korea. Their concern that it could be a North Korean attack only grew as the military and government officials provided no explanation about the explosion for hours.

South Korea’s Joint Chiefs of Staff said no injuries were reported from the explosion, which involved a short-range Hyumoo-2 missile that crashed inside an air force base on the outskirts of the city.

A Joint Chiefs of Staff official, who spoke on condition of anonymity during a background briefing, said the missile’s warhead didn’t explode during the crash and that the fire was caused by burning rocket propellant. The official said the missile fell soon after liftoff and that no civilian facilities were affected.

South Korea's military acknowledged the malfunction hours after internet users raised alarm about the blast and posted social media videos showing an orange ball of flames emerging from an area they described as near the air force base. It said it was investigating what caused the “abnormal flight” of the missile.

Officials at Gangneung’s fire department and city hall said emergency workers were dispatched to the air force base and a nearby army base in response to calls about a possible explosion but were sent back by military officials.

The U.S. and South Korean militaries are conducting joint exercises to show their ability to deter a North Korean attack on the South. During Tuesday's drills, they conducted bombing runs by F-15 strike jets using precision munitions and launched two missiles each that are part of the Army Tactical Missile System.

Seoul's Joint Chiefs of Staff said the U.S. aircraft carrier USS Ronald Reagan was scheduled to return to waters east of South Korea on Wednesday to demonstrate the allies’ "firm will” to counter North’s continued provocations and threats. The carrier was part of drills last week with South Korea and Japan.

The homegrown Hyumoo-2 is key to South Korea’s preemptive and retaliatory strike strategies against the North. Some versions of the missile are similar to Russian-designed Iskander missiles, which also inspired a localized variant in North Korea as it expands its arsenal of nuclear-capable short-range weapons designed to evade South Korea’s missile defenses.

North Korea’s successful launch of a nuclear-capable ballistic missile hours before the drills was the country's most provocative weapons demonstration since 2017 and was its fifth round of weapons tests in 10 days.

That missile has a range capable of striking Guam, which is home to one of the largest military facilities maintained by the U.S. in Asia. North Korea in 2017 also tested missiles capable of hitting the continental United States.