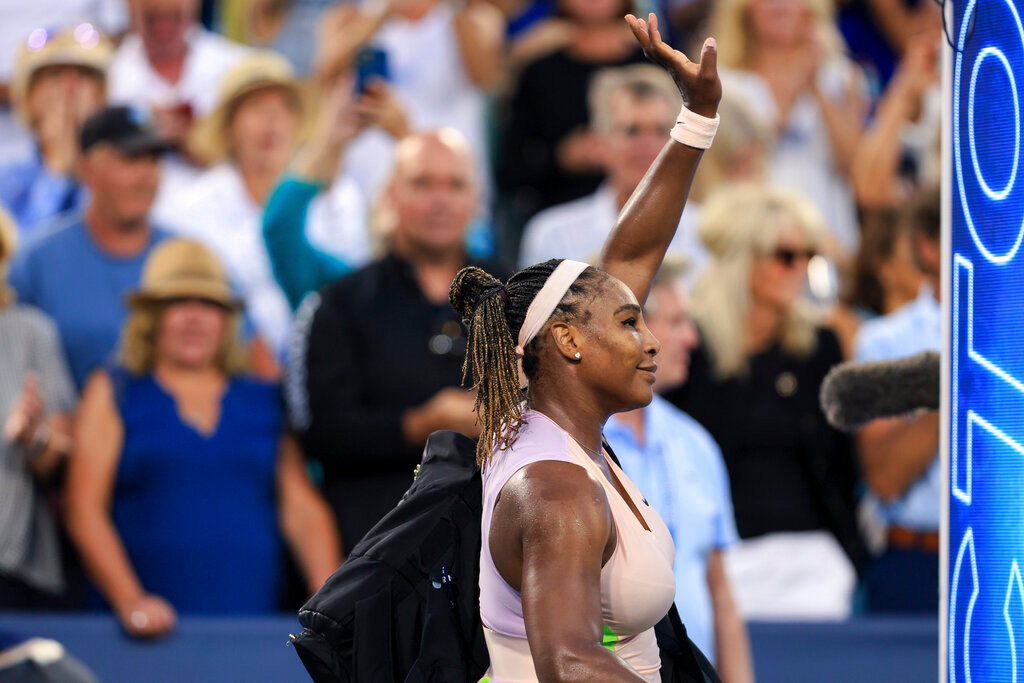 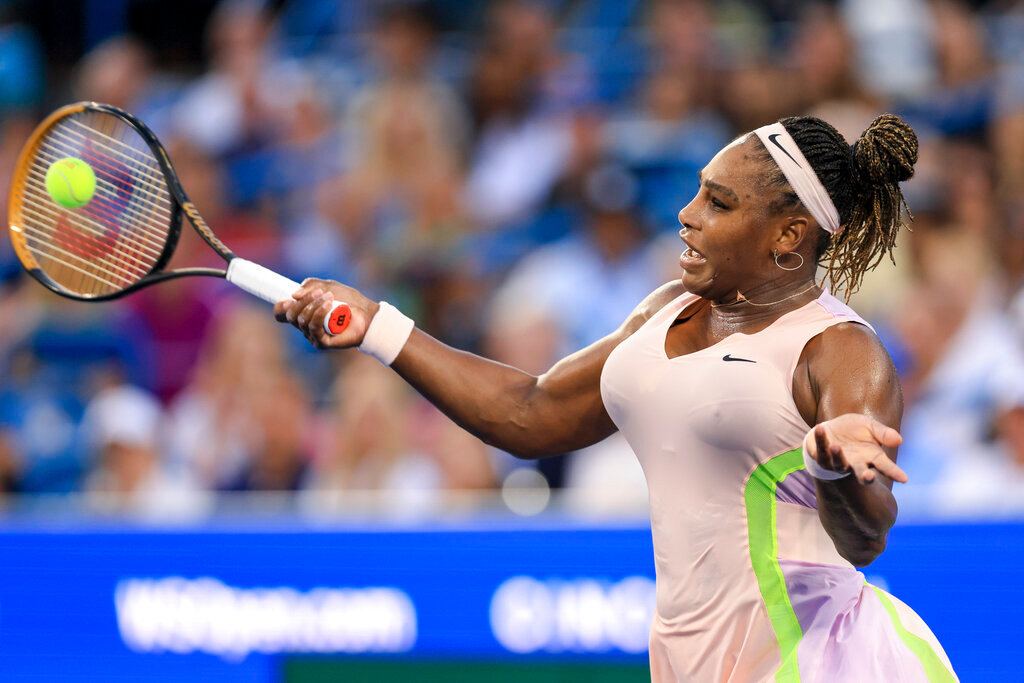 MASON, Ohio (AP) — The second stop on Serena Williams’ farewell tour was a short one.

The 40-year-old Williams fell to 0-2 in matches since announcing “the countdown has begun” on her career, losing 6-4, 6-0 to U.S. Open champion Emma Raducanu in the Western & Southern Open on Tuesday night.

Williams said last week in a Vogue magazine essay and an Instagram post that her career was winding down, although she did not explicitly say the U.S. Open, which begins Aug. 29 in New York, would be her last tournament.

The Cincinnati event was the second U.S. Open tuneup for Williams, and the next time she takes the court will be at Flushing Meadows. She lost to Belinda Bencic in straight sets last week in Toronto. A day before the announcement, Williams beat Nuria Parrizas-Diaz for her first match win since the 2021 French Open.

Williams is a 23-time Grand Slam champion, most recently in 2017 at the Australian Open, when she was pregnant with daughter Olympia. She said wanting to expand her family was a big reason she plans to step away.

Raducanu, ranked No. 19 in the world, was sharp as she dispatched Williams — and quieted the vocally pro-Williams crowd — in 1 hour, 5 minutes.

“I can’t believe I just played Serena Williams,” the 19-year-old Raducanu said. “It’s something that I think I’m really fortunate to have been able to do, and for our careers to have crossed when there’s such a big (age) gap and watching her growing up, it was an amazing experience to just play her.”

Williams did not speak to reporters after the match.

Fans cheered heartily when Williams was introduced, and again when she won her first point on a Raducanu error in the second game. Williams yelled in frustration when she double-faulted and screamed even louder and pumped her fist when she won the third game of the first set.

“I just knew how important every single point was because you let up a little bit, yeah, she’s going to be all over you,” Raducanu said. “She’s just such a legend.”

Down 2-0 in the first set, she fought back within 4-3 and then 5-4, but Raducanu closed out the set at love. Raducanu rolled from there, with Williams looking frustrated and even resigned near the end.

Williams was sidelined for a year by a torn hamstring suffered last year at Wimbledon, and her late-career injuries have contributed to inconsistency on the court.

The players thrilled the crowd with an exciting rally in the fifth game of the second set, won by Williams with a forehand volley. But she double-faulted on the next point on the way to being broken.

She briskly left the court after the match, waving to the crowd as she exited.

“I think that the crowd was pretty electric,” Raducanu said. “The stadium was really packed, and even if they were cheering for Serena ... I was prepared for that.”