Serena Williams not done yet; wins 1st match at US Open 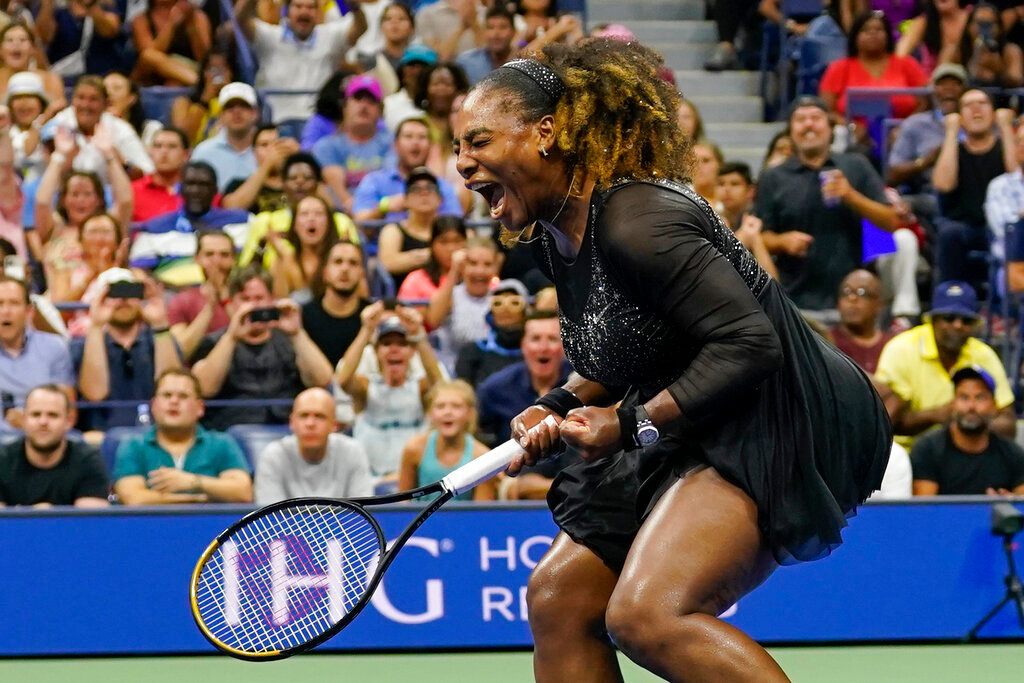 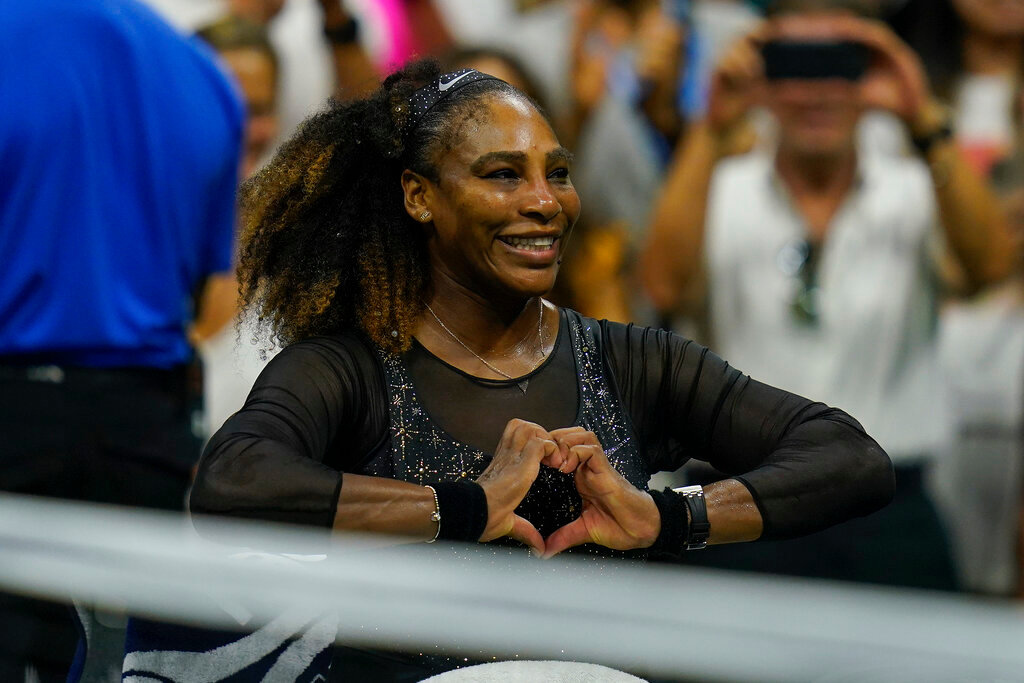 Serena Williams makes a heart with her hands after defeating Danka Kovinic, of Montenegro, in the first round of the US Open tennis championships Monday, Aug. 29, 2022, in New York. (AP Photo/Charles Krupa)
Charles Krupa 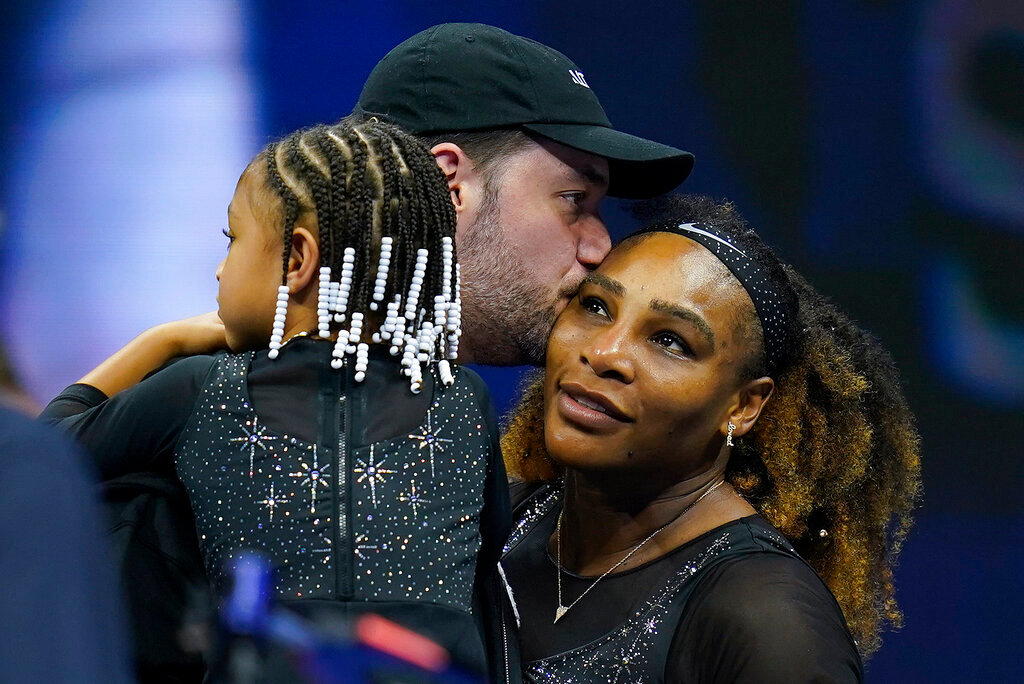 Serena Williams, of the United States, gets a kiss from her husband Alexis Ohanian as their daughter Olympia looks on after Williams defeated Danka Kovinic, of Montenegro, in the first round of the US Open tennis championships, Monday, Aug. 29, 2022, in New York. (AP Photo/Charles Krupa)
Charles Krupa
Previous Next
Posted Monday, August 29, 2022 10:52 pm
By HOWARD FENDRICH, Associated Press

NEW YORK (AP) — Serena Williams is not ready to say goodbye just yet. Nor, clearly, are her fans.

In her first match at what is expected to be the last U.S. Open — and last tournament — of her remarkable playing career, Williams overcame a shaky start to overwhelm Danka Kovinic 6-3, 6-3 on Monday night in a packed Arthur Ashe Stadium with an atmosphere more akin to a festival than a farewell.

Looking ahead to a future without tennis competition, Williams told the crowd: “There’s other chapters in life.”

Early, Williams was not at her best. Maybe it was the significance of the moment. There were double-faults. Other missed strokes, missed opportunities. She went up 2-0, but then quickly trailed 3-2. Then, suddenly, Williams, less than a month from turning 41, looked a lot more like someone with six championships at Flushing Meadows and 23 Grand Slam titles in all — numbers never exceeded by anyone in the professional era of tennis, which began in 1968.

She rolled through the end of that opening set, capping it with a service winner she reacted to with clenched fists and her trademark cry of “Come on!” The more than 23,000 in the stands (thousands of others watched on a video screen outside Ashe) rose for a raucous standing ovation — and did so again when the 1-hour, 40-minute contest was over, celebrating as if another trophy had been earned.

Instead, there is plenty more work to be done. Williams will play in the second round of singles on Wednesday against No. 2 seed Anett Kontveit of Estonia on Wednesday. And there's also doubles to come, too: Williams and her sister, Venus, are entered together in that competition, with their initial match slated for Wednesday or Thursday.

While Williams did not exactly declare that the U.S. Open definitively would be her last hurrah, she has made it sound as if it will be.

So this opening outing became an event with a capital “E.”

Spike Lee participated in the pre-match coin toss. Former President Bill Clinton was in the stands. So were Mike Tyson and Martina Navratilova, sitting next to each other.

The USTA said it sold more than 16,500 tickets for the tournament on the day Williams revealed her intentions, more than in the previous seven days combined. That included more than 4,600 for Monday night alone, making it a sellout.