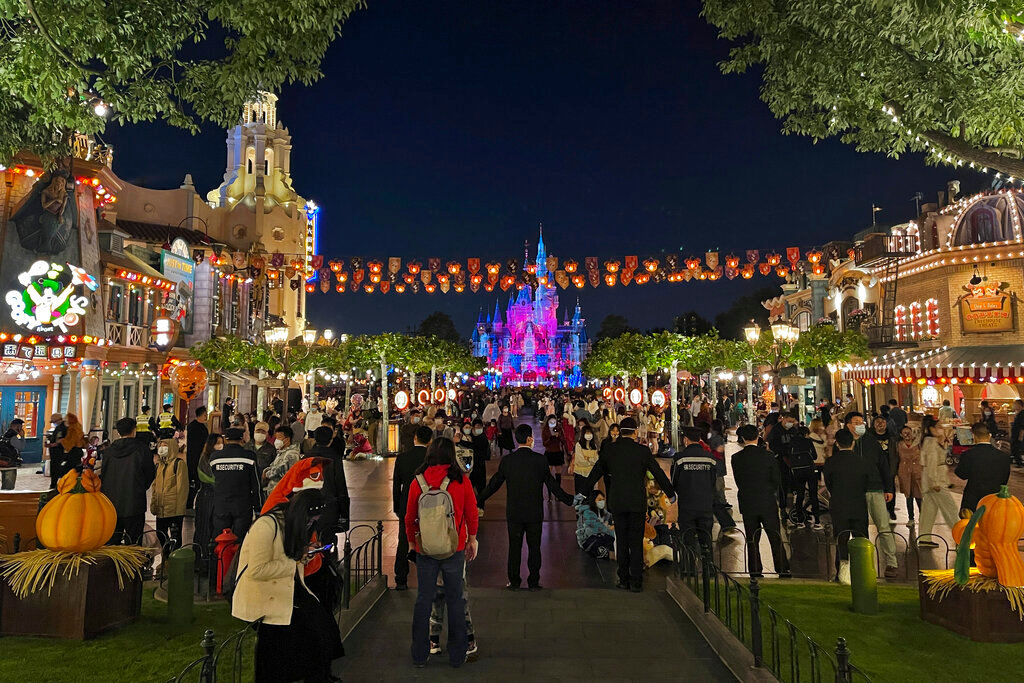 Security guards hold hands to control the crowds at the main entrance of the Disney Resort theme park in Shanghai, China on Tuesday, Nov. 1, 2022. (MiaoMiao via AP) 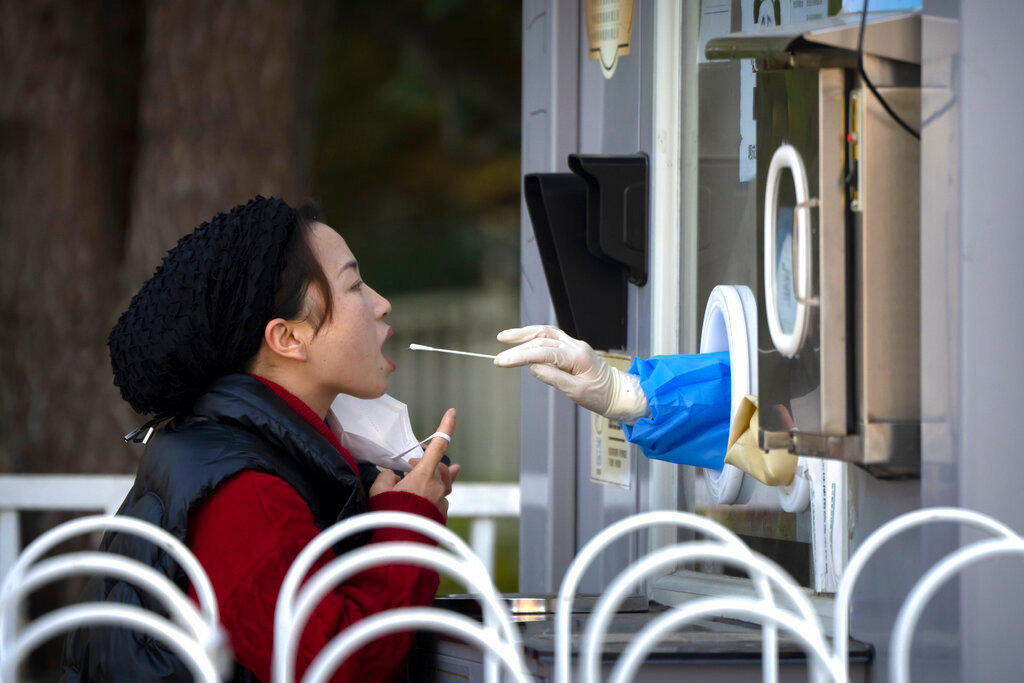 A woman has her throat swabbed for a COVID-19 test at a coronavirus testing site in Beijing, Tuesday, Nov. 1, 2022. (AP Photo/Mark Schiefelbein) 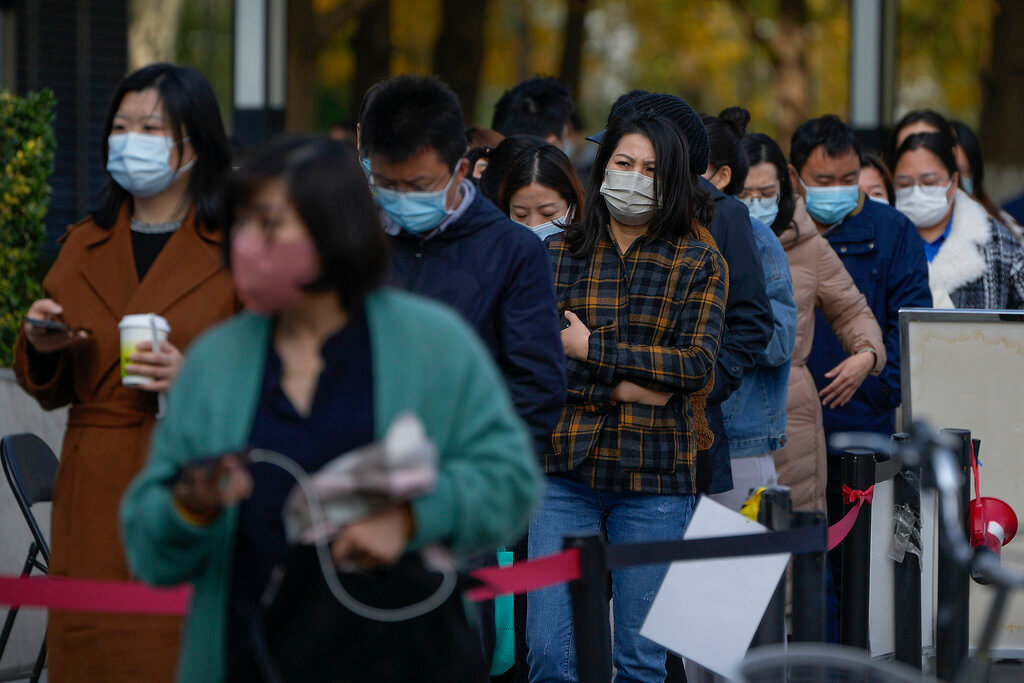 BEIJING (AP) — Visitors to Shanghai Disneyland were temporarily blocked from leaving as part of virus testing that extended to more than 400,000 people, the city government announced Tuesday.

The park closed Monday for testing of staff and visitors, Walt Disney Co. and the government said in separate statements. The city health bureau said guests all tested negative and were allowed to leave by 8:30 p.m.

No details of a possible outbreak were released, but 1.3 million residents of the downtown Yangpu district were ordered Friday to stay at home for virus testing.

President Xi Jinping's government is sticking to a severe “Zero COVID” strategy that has shut down Shanghai and other cities this year to isolate every case while other countries are easing anti-virus controls.

Also Tuesday, authorities in the southern territory of Macao were carrying out virus tests on all of its 700,000 residents after one case was found last week.

“Zero COVID” has kept infection rates relatively low but at a high cost as businesses struggle with repeated shutdowns.

Hong Kong’s main stock market index surged 5.2% on Tuesday after a comment circulated on Chinese social media that said the ruling Communist Party might set up a “reopening committee” to look at ways to wind down anti-virus controls.

A foreign ministry spokesman, Zhao Lijian, told reporters he was “not aware of what you just mentioned” when asked about the rumor.

Outbreaks in Shanghai in March led to a shutdown that confined most of its 25 million people to their homes for two months.

The city government appealed to anyone who had visited the Shanghai Disney Resort since Thursday to undergo three days of nucleic acid testing and avoid gathering in groups.

Disney said Monday that parts of the resort closed due to anti-virus regulations but gave no indication visitors were kept inside. It said Shanghai Disneyland, Disneytown and Wishing Star Park were closed while two hotels were operating normally.

Some rides and other amusements kept operating Monday while visitors were tested, according to social media posts.

“Please return and take a tour in the park," a video on the popular Sina Weibo platform showed an employee in a mask saying to guests. "The park’s gates are all closed temporarily, and you cannot leave now.”

Another video on Sina Weibo showed technicians in white protective suits who appeared to be taking throat swabs from guests after dark while police watched and a fireworks display lit up the sky behind them.