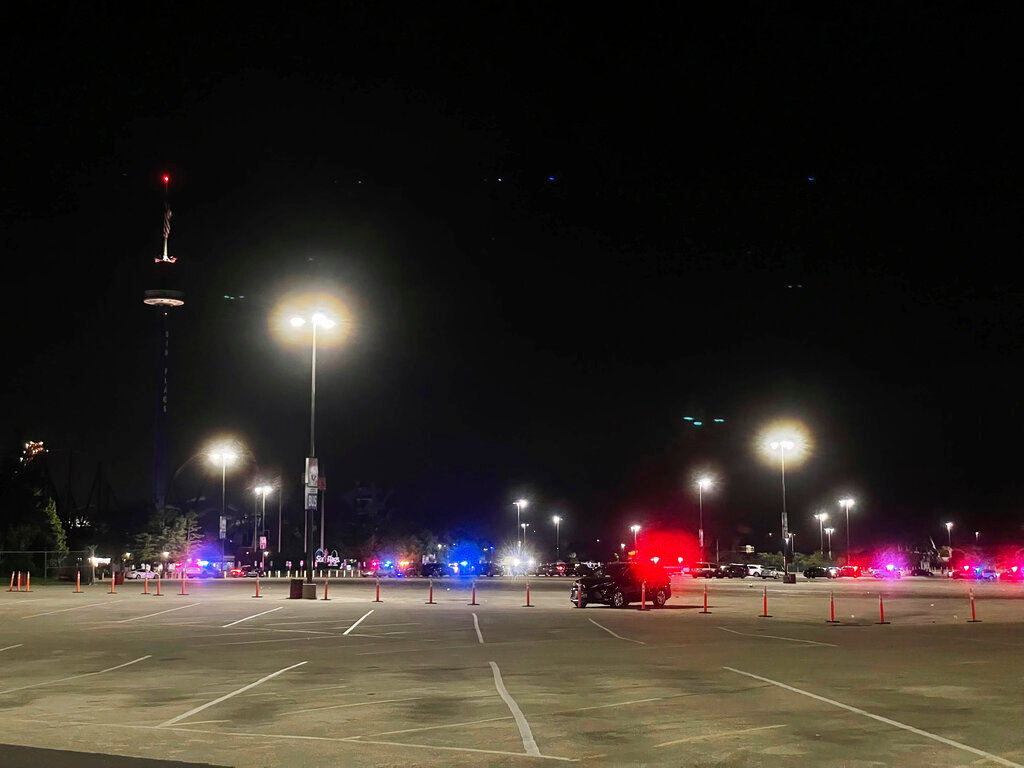 GURNEE, Ill. (AP) — Three people were injured in a shooting in a parking lot of an amusement park north of Chicago that sent visitors scrambling for safety, authorities said.

“The shooting ... was not a random act, and appeared to be a targeted incident that occurred outside the park,” police said in a statement posted to Facebook.

Additional detail about the suspects, including the number of people who fired shots, wasn't immediately released. Police were investigating.

A 17-year-old boy from Aurora, Illinois, had a thigh wound and a 19-year-old woman from Appleton, Wisconsin, had a leg wound, police said. They were taken to a hospital and their wounds were described as non-life-threatening. A third victim had a shoulder injury and declined to be taken to a hospital.