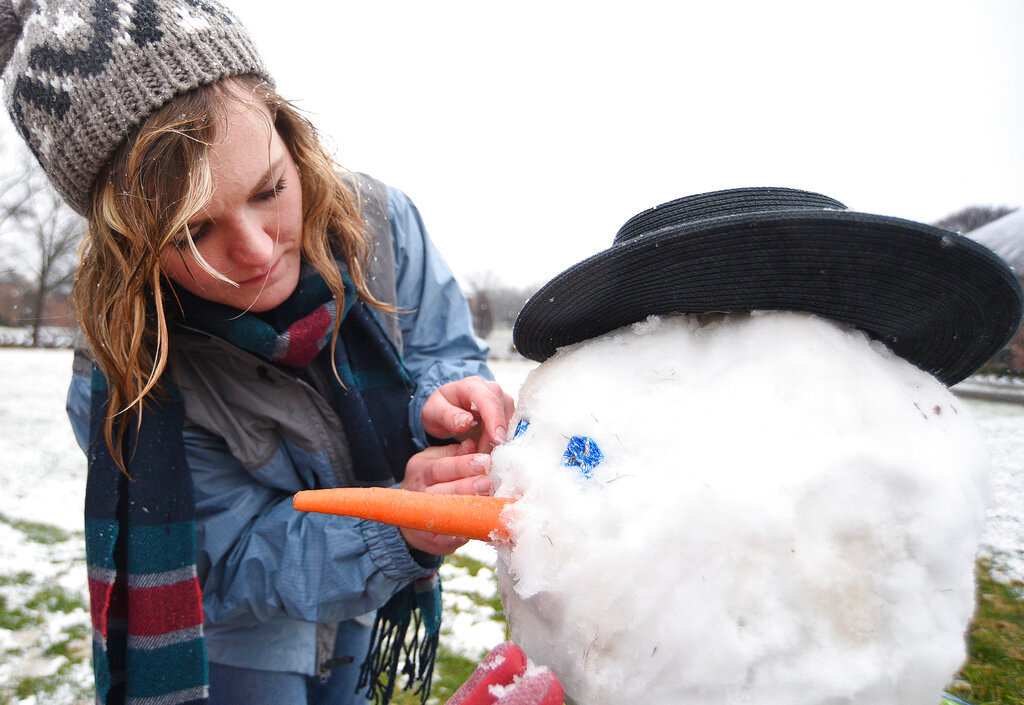 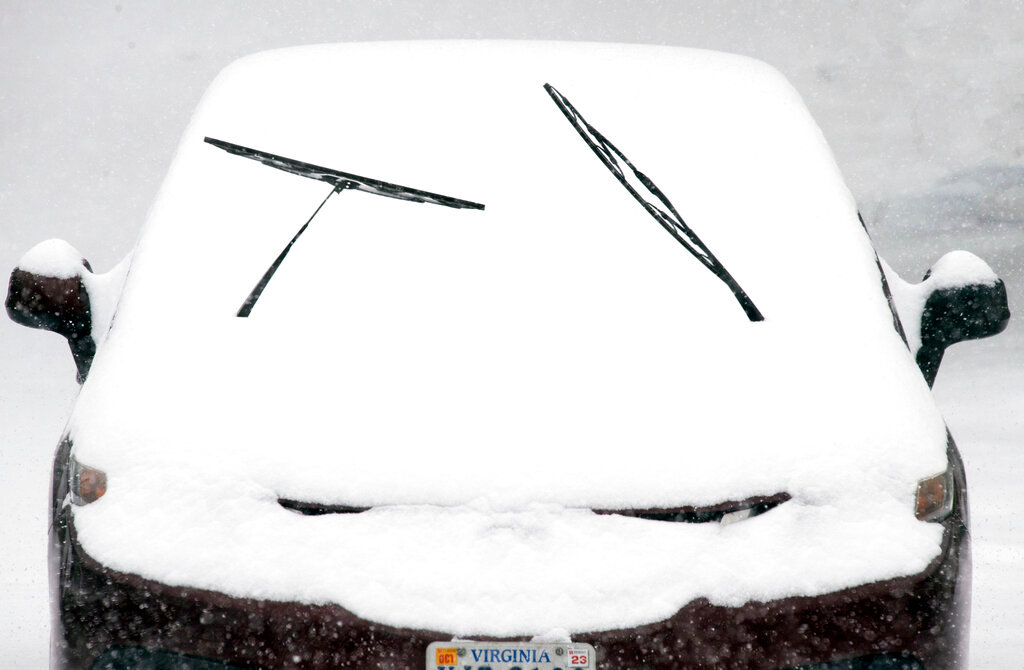 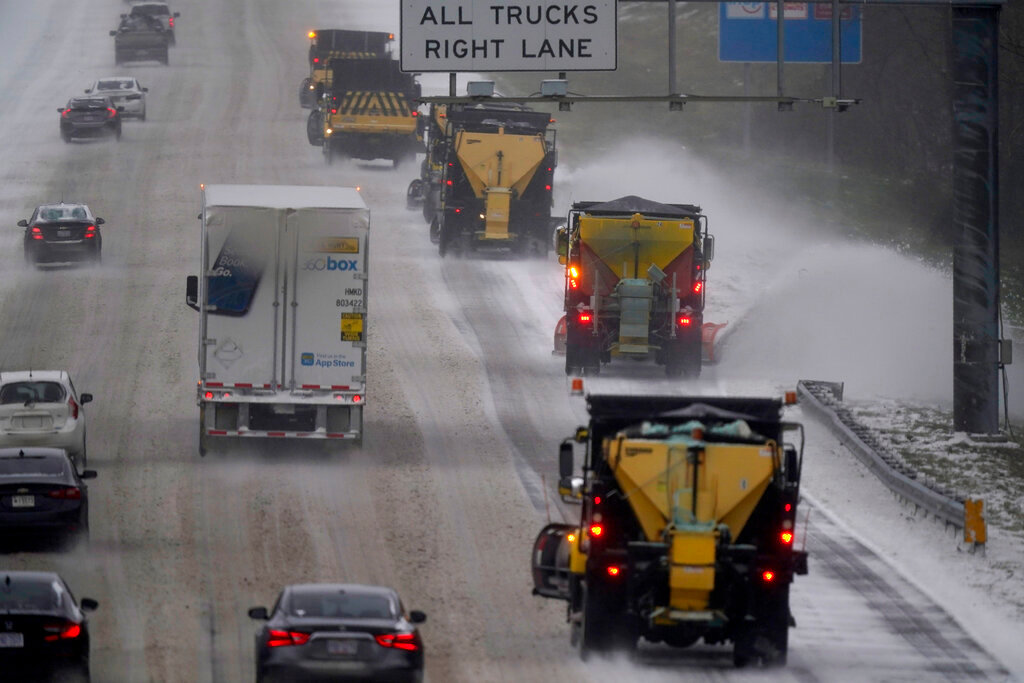 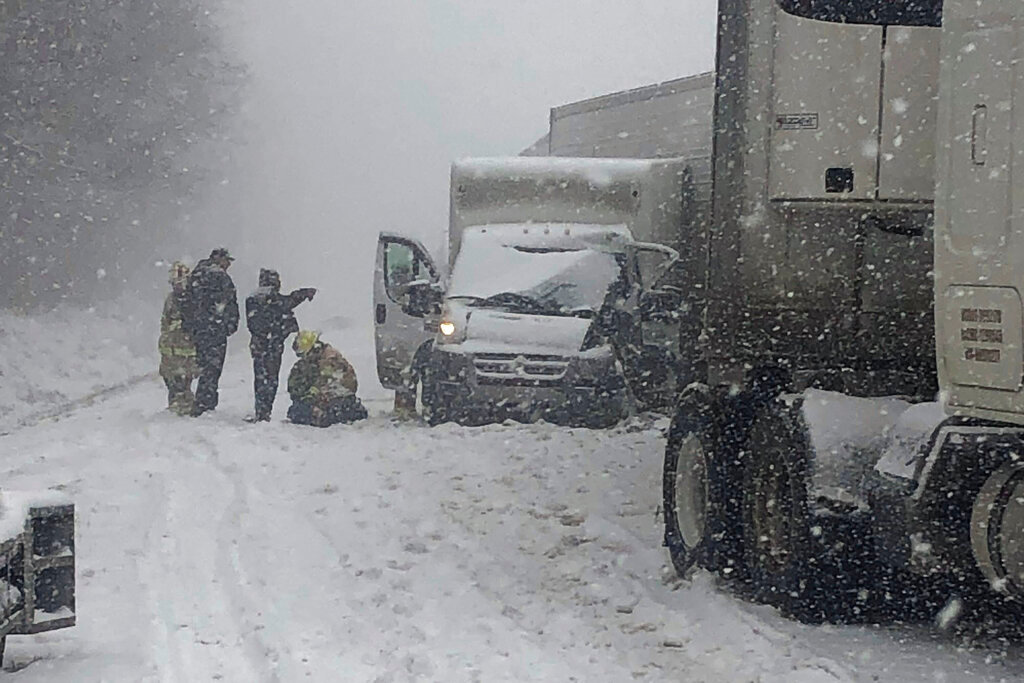 ATLANTA (AP) — A dangerous winter storm combining high winds and ice swept through parts of the U.S. Southeast on Sunday, knocking out power, felling trees and fences and coating roads with a treacherous, frigid glaze.

Tens of thousands of customers were without power in Georgia, North Carolina, South Carolina and Florida. Highway patrols reported hundreds of vehicle accidents, and a tornado ripped through a trailer park in Florida. More than 1,200 Sunday flights at Charlotte Douglas International were cancelled – more than 90% of the airport’s Sunday schedule, according to the flight tracking service flightaware.com.

Winter Storm Izzy dumped as much as 10 inches of snow in some areas of western North Carolina as the system moved across the southeastern U.S., said Brian Hurley, a meteorologist with the Weather Prediction Center in College Park, Maryland.

First Sgt. Christopher Knox, a North Carolina Highway Patrol spokesperson, said that by midafternoon, the agency had responded to 300 car crashes and nearly 800 calls for service. Two people died Sunday when their car drove off the road and into trees in a median east of Raleigh. The driver and passenger, both 41-year-old South Carolina residents, were pronounced dead at the scene of the single-vehicle crash. Knox said investigators believe the car was driving too fast for the conditions, described as mixed winter precipitation.

Durham police tweeted a photo of a tractor-trailer that slid off the N.C. Highway 147 overpass in Durham. The truck's cab appeared to have landed upright on Highway 15-501 below, while the trailer came down in a vertical position from the bridge to the highway below. Police spokesperson Kammie Michael said the driver was stable with injuries that did not appear life-threatening.

Kristen Baker Morrow’s 6-year-old son made snow angels after their home in Crouse, North Carolina, got four inches of snow Sunday morning, but she said they couldn’t stay outside long because of the uncomfortable wind chill.

“It took 30 to 45 minutes to get everything on for about 10 minutes in the snow, but it was definitely worth it for him, to get our pictures and make some memories,” said Morrow, a 35-year-old registered nurse.

Outages, which had ballooned to a quarter-million customers earlier in the day, stood at around 130,000 customers by late Sunday, according to poweroutage.us. North Carolina was hardest hit, peaking at some 90,000 outages. Parts of Georgia, South Carolina, Florida, Virginia and Kentucky also lost power.

The National Weather Service confirmed a tornado with 118 mph winds (190 kph) struck southwest Florida. The weather service said the tornado was on the ground for almost two miles (3 kilometers) with a maximum path width of 125 yards (115 meters). Thirty mobile homes were destroyed and 51 had major damage. Three minor injuries were reported.

Edward Murray, 81, told the Naples Daily News that he was inside his mobile home Sunday morning when a tornado picked it up and tossed it on top of his neighbor’s home.

“That’s my house that’s turned upside down,” he told the newspaper. “The tornado took me off my feet, blew me toward the east wall and buried me under the sink, refrigerator, kitchen chairs and everything else.”

Murray and his daughter, Cokie, escaped unharmed, crawling from the wreckage.

“I was so happy when I saw the sky,” Murray told the newspaper. “I said to the devil, ‘It’s not going to be today.’”

Virginia State Police said traffic came to a standstill on Interstate 81 in Roanoke County for several hours Sunday afternoon after a tractor-trailer jackknifed and the cab of the truck disconnected from the trailer in the northbound lanes. Two additional accidents occurred in the traffic backup, one with minor injuries. “Please stay off the roads if possible. Begging again! Hazardous conditions,” read a tweet from VDOT’s Salem office.

At Mountain Crossings, a hikers’ outfitting store on the Appalachian Trail near Georgia’s Blood Mountain, a handful of hikers were trekking up the mountain in the snow, employee Julia Leveille said Sunday.

“We’re open, but it’s kind of a mess up here,” she said by phone. A tree fell along the highway about a mile south of the store, and crews were working to clear it, she said.

Despite the heavy snow and ice in the area, several hikers had already started hiking from Georgia to Maine, Leveille said.

“You’ve got to really like the snow for that, because you’re heading north and into higher mountains and you could see some nasty storms,” she said.

Most of the hikers who stopped in Sunday were ascending Blood Mountain on a day hike. At 4,458 feet (1,359 meters), it’s the highest peak on Georgia’s portion of the Appalachian Trail.

In Tennessee, there were multiple reports of abandoned and wrecked cars on snow-covered roads.

The storm system could cause hazardous driving conditions over a large portion of the eastern U.S. through Monday as the wet roadways refreeze in southern states and the storm turns and moves northward through the Mid-Atlantic states and New England.

“It’s a very expansive storm," Hurley said. “A lot of real estate is going to get four to eight inches of snow and a lot more are also going to get to get some of that ice accumulation.”

New York City was expected to be spared most, if not all, of the snowfall, but Long Island and Connecticut coastal areas were expecting gale conditions. Upstate New York was projected to get hit with up to a foot of snow along with high winds.

Six to 13 inches (15 to 33 centimeters) of snow was expected in parts of east-central Ohio and western Pennsylvania from Sunday afternoon.