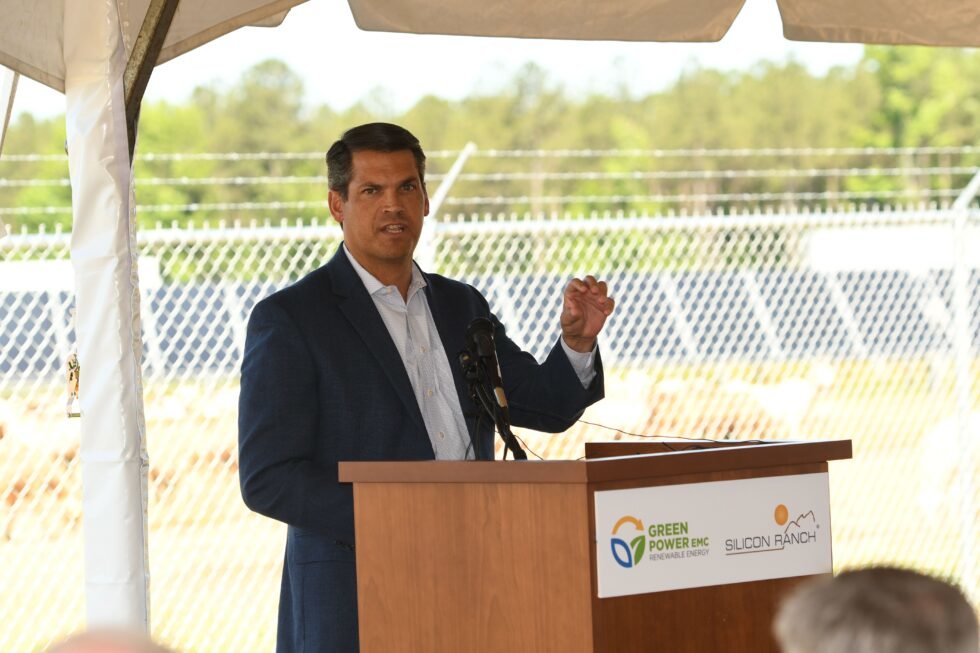 ATLANTA – State and local elected officials from Houston County dedicated one of the most visible solar energy projects in Georgia Wednesday.

“The Houston Solar project further demonstrates the commitment of Georgia’s EMCs to providing their consumers with cost-effective renewable energy that strives to meet the needs of a cleaner energy future,” Lt. Gov. Geoff Duncan said during the dedication ceremony.

“This site uses advanced technology to maximize its clean energy production, and the benefits are multiplied by creating jobs, driving economic development and delivering significant tax revenue to the local government and school system for decades to come.”

The project was announced in late 2020. Under the terms of a 30-year agreement with Silicon Ranch, Green Power EMC will purchase all the energy generated at the site on behalf of its member EMCs, while Silicon Ranch owns and operates the facility.