Sons of Jubal currently in Wales, England for Ignite Tour 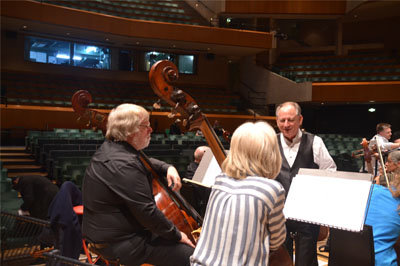 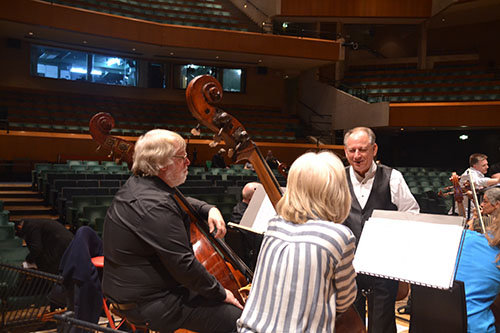 CARDIFF, Wales --- Right now the United Kingdom is getting a healthy dose of Georgia Baptists, as the Sons of Jubal perform at several historic venues throughout England and Wales on the group's Ignite Tour 2018.

That isn’t always the case, however. At times others have stepped into preaching responsibilities. Last Sunday, for instance, Sons of Jubal members traveled to seven different churches, providing music and a message at each one. 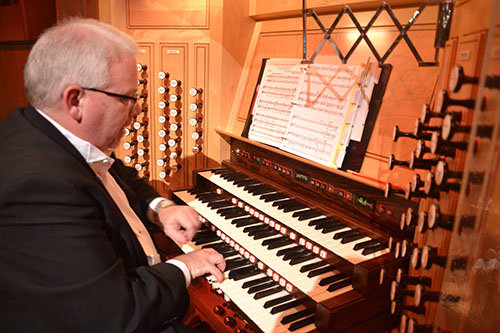 Andy Daughtry, minister of music at First Baptist Church in Thomasville, practices the organ at St. David's Hall in Wales, United Kingdom before a concert by the combined choirs of the Sons of Jubal, Cambrensis Choir, and St. David's Praise choir. EDDY OLIVER/GBMB Worship and Music Ministry

When factoring in a similar setup for this Sunday, May 6, by the end of the trip Georgia Baptists will have performed concerts at more than 20 locations.

Live video of many performances as well as pictures can be found on the Ignite Tour 2018 Facebook Group. White, alongside Worship and Music Ministry State Missionary Jon Duncan, are leading the 231-member group (including guests). Venues include churches, cathedrals, and concert halls.

They will return to Georgia on May 7.

Chinese spaceship with 3 aboard docks with space station