Squeezing Christ out of Christmas 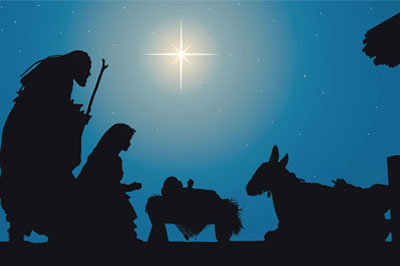 In a followup editorial Editor Gerald Harris says Andy Stanley's interpretation of the virgin birth is different, but not wrong,
Posted Tuesday, December 20, 2016 10:54 am
Gerald Harris

Christmas has been a time for buying and selling for as long as I can remember. However, as many Americans have become more affluent, the advertising, merchandizing, buying, and selling has reached epic proportions. With the meteoric rise in the stock market since Nov. 8 the buying and selling has probably out-performed the economic prognosticator’s most positive predictions.

In fact, many businesses are trying desperately to capitalize on a holiday that has no spiritual significance to them. They don’t even want to acknowledge the Christ of Christmas, but they want to use the Christmas season to pad their own bank account. They are Christmas parasites.

I am not a very good shopper. I wish I were, because I know it is more blessed to give than receive. What shopping I do is on my computer. Going to malls and department stores takes too much time. The highways are filled with an inordinate amount of traffic. The parking lots are overcrowded. The long lines to get your merchandise checked out are more than I can endure.

I wouldn’t dare attempt to battle the experienced shoppers who risk life and limb to bombard the malls and shops on Black Friday. WSB-TV in Atlanta presented a feature story on Black Friday shoppers and showed campers in tents spending the night at the Best Buy store in Henry County.

Shoppers in metro Atlanta began camping out on Wednesday. Tae Chun, who was first in line at the Best Buy in Duluth, set up his tent at 3 p.m. on Wednesday because there was a video game he wanted to buy.

You can Google “Black Friday Fights” and see just how materialistic people are. There is one website called “Black Friday Death Count.” You will be shocked to see how crazy Americans are about getting “stuff.”

Someone said, “The only reason a great many American families don’t own an elephant is that they have never been offered an elephant for a dollar down and 24 easy monthly payments.”

Warren Wiersbe tells the story about the missionary who spent most of his adult life in Africa and had grown old and was about to return home to Britain for the last time. He was describing to an old Bantu the kind of world he was about to enter upon returning to his homeland. He told him about ships that ran under the water, on the water, and even those that flew above the water. He described English houses with all of their conveniences, such as running water and electric lights. Then the missionary waited for the old African to register his amazement.

“Is that all there is?” the old man asked.

“Yes, I think it is,” the missionary replied.

Very slowly and very gravely, the old Bantu said, “Well, sir, you know, that to be better off is not to be better.”

I suppose I can be as materialistic as anyone, but I am also getting to the age where I know that I don’t need anything else that actually takes up space. I also don’t want my children to have to sort out all the junk my wife and I have accumulated over the years.

Most of all I don’t want the things, the trappings, the accouterments of Christmas to squeeze out the Christ of Christmas. Neither do I want the sweetness and tenderness of the Christmas story to supplant the virtuous life, the vicarious death, the victorious resurrection, and the promised visible return of Christ.

Here is an illustration I shared with the Executive Committee of the Georgia Baptist Convention this month that may help you keep the Christmas story in proper perspective.

A woman was Christmas shopping with her two young children in a crowded mall that had many levels. Her kids had been asking her for everything they saw on every shelf and she was tired and frustrated by the lines and pressure. She was trying to buy just the right gift for everyone on her list and soon her arms were full of shopping bags and she was doing her best to corral her two children.

She found herself on the top floor of the mall just after one of her kids had a meltdown. She punched the elevator button over and over hoping to make it arrive sooner. When the elevator arrived and the door slid open, it was jam-packed with other tired, frustrated shoppers. She wasn’t going to wait for another one, so she crowded her way in and pulled her two kids with her.

The atmosphere in the elevator was so full of fatigue and tension you could almost cut it with a knife.

As the elevator started down the exasperated mother said, “Whoever started this Christmas thing should be hung up and shot!”

There were smatters of nervous laughter that ended when a calm voice from the back corner of the elevator said, “Don’t worry ma’am. That’s already been done. We crucified Him.”