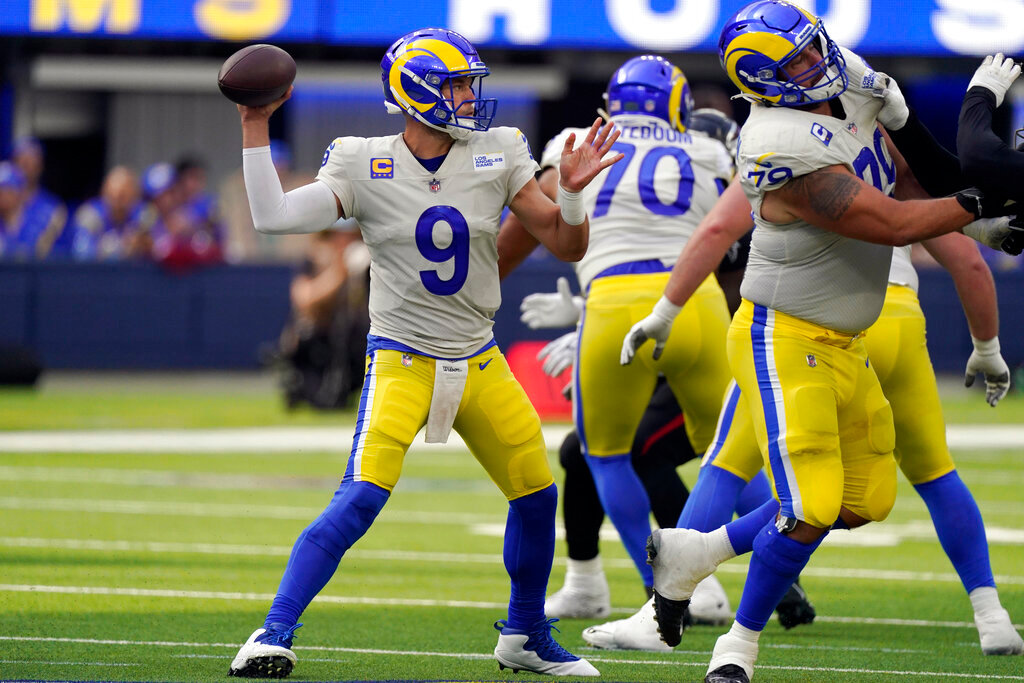 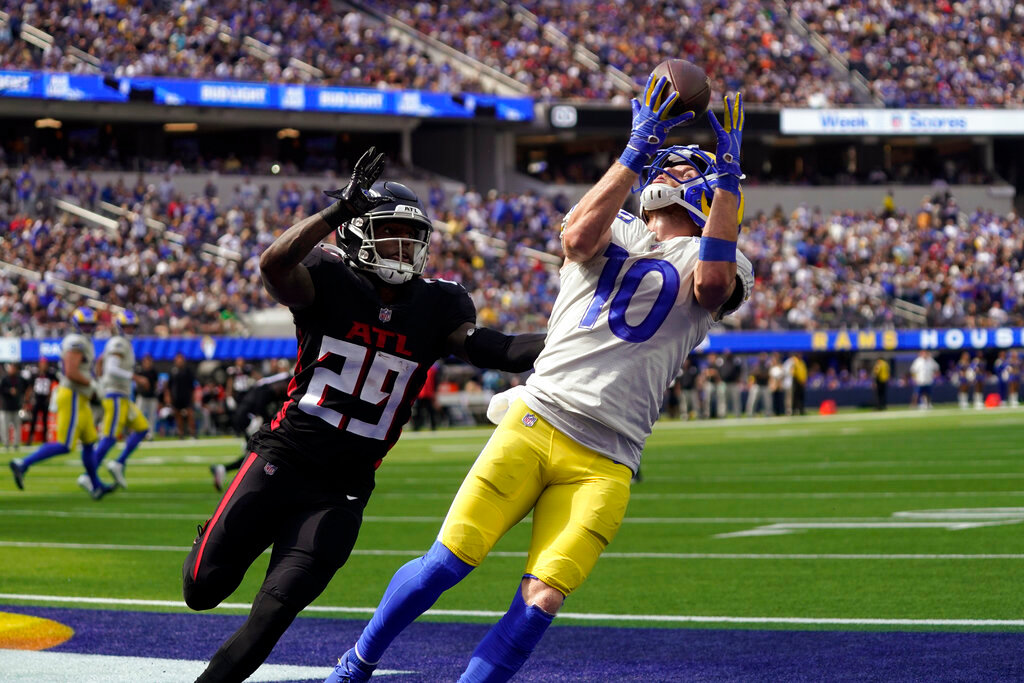 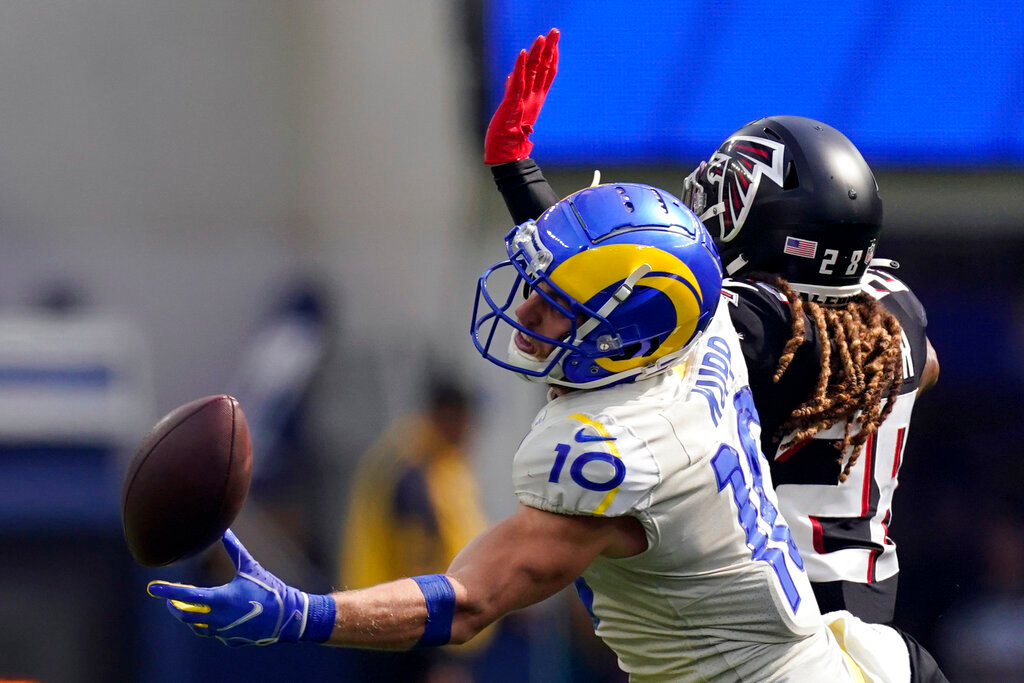 INGLEWOOD, Calif. (AP) — Matthew Stafford threw for 272 yards and three touchdowns, Jalen Ramsey intercepted a potential go-ahead touchdown pass in the end zone and the Los Angeles Rams held off a second-half rally attempt by the Atlanta Falcons for a 31-27 victory Sunday.

Cooper Kupp had two TD catches for the defending Super Bowl champions, who bounced back from a disappointing defeat against the Buffalo Bills in their season opener.

Atlanta — which has started 0-2 for the third straight year — trailed 28-3 early in the third quarter before mounting a comeback.

Troy Anderson blocked a punt that Lorenzo Carter returned 26 yards for a touchdown, and a 2-point conversion pass from Marcus Mariota to Drake London brought the Falcons within 31-25 with 5:06 remaining.

Los Angeles turned it over on their ensuing drive when Darren Hall forced Kupp to fumble and recovered it at the Rams 37. On third-and-13 from the Rams 24, Mariota tried to find Bryan Edwards, but it was picked off by Ramsey.

Los Angeles took a safety when returner Brandon Powell ran out of the end zone on punt formation after a three-and-out. After the free kick, Atlanta had one final chance at the Falcons 40, but Mariota was sacked before he could get a Hail Mary attempt off on the final play.

Stafford completed his first 12 passes en route to going 27 of 36. Kupp had 11 catches for 108 yards and touchdowns on consecutive drives in the second and third quarters.

Kupp caught a 3-yard TD with 18 seconds remaining in the first half to give the Rams a 21-3 lead. The Super Bowl MVP's first score came three plays after Rams rookie cornerback Cobie Durant picked off a pass bobbled by Cordarrelle Patterson and returned it 51 yards up the right sideline to the Falcons 9.

The Rams then took the second half kickoff and extended their lead by another touchdown when Kupp made an over-the-shoulder catch on a fade pattern on third-and-4 from Atlanta's 10.

Mariota was 17 of 26 for 196 yards with two touchdowns and two interceptions.

London, the No. 8 overall pick who went to college at Southern California, had eight catches for 86 yards, including his first touchdown during the third quarter.

The Falcons were able to move the ball in the first half, but were done in by mistakes. They got the opening kickoff and went 49 yards before Younghoe Koo was wide left on a 44-yard field goal attempt. Los Angeles would convert that into a touchdown when Stafford connected with Allen Robinson for a 1-yard TD.

Atlanta then turned it over on downs on its next possession when Patterson was stopped by Bobby Wagner and Greg Gaines. The Rams made took advantage of the short field and scored eight plays later when Darrell Henderson went 8 yards around right guard to make it 14-0 with 9:34 remaining in the second quarter.