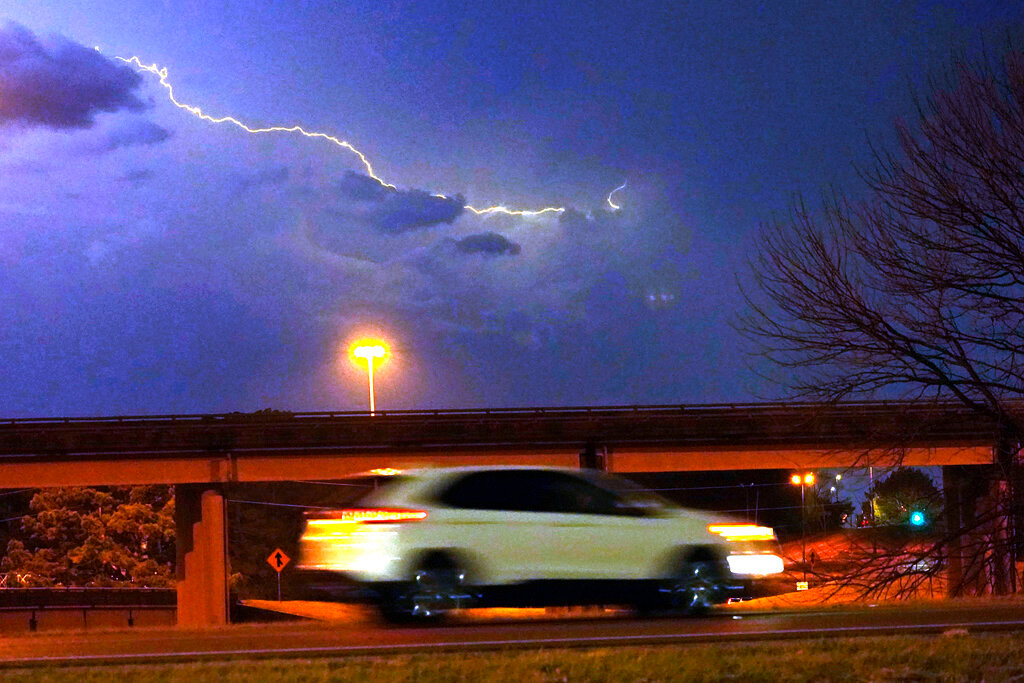 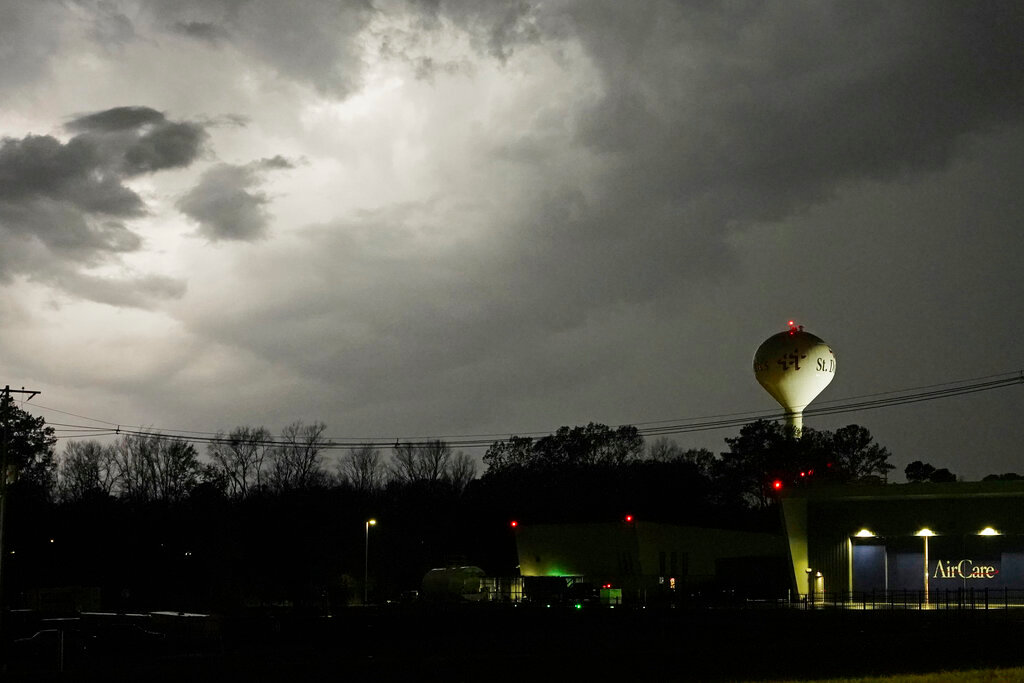 JACKSON, Miss. (AP) — Residents in several towns across Louisiana and Mississippi took cover as tornado sirens blared late Tuesday, and forecasters warned of the threat of strong twisters capable of tracking long distances on the ground as a severe weather outbreak erupted in the Deep South.

There were no immediate reports of severe damage or injuries as multiple tornado warnings were issued starting Tuesday afternoon and continuing into the nighttime hours as heavy thunderstorms rolled from eastern Texas to Georgia and as far north as Indiana. The National Weather Service confirmed that tornados hit the ground in Mississippi on Tuesday evening and Alabama was in the forecast path of the storms during the overnight hours.

More than 25 million people were at risk as the vast storm system. The national Storm Prediction Center said in its storm outlook that affected cities could include New Orleans; Memphis and Nashville in Tennessee; and Birmingham, Alabama.

The National Weather Service received reports of people trapped at a grocery store in Caledonia, Mississippi, just after 6 p.m. Lowndes County Emergency Management Agency Director Cindy Lawrence told WTVA-TV the people inside the grocery store made it out safely. Lawrence also said a family trapped in a house about a mile distant from the store escaped.

Additional reports of property damage near Columbus were received by the National Weather Service, according to Lance Perrilloux, a forecaster with the agency.

Heavy rain and hail as big as tennis balls were also possible as forecasters said the weather outbreak was expected to continue into Wednesday.

Craig Ceecee, a meteorologist at Mississippi State University, peered out at “incredibly black” skies through the door of a tornado shelter in Starkville. He estimated that about 100 people had already arrived as a lightning storm persisted outside.

Before Tuesday’s storm, Ceecee built a database of Mississippi tornado shelters. He said there are several towns without any.

“I’ve had to go through events without (shelters), and trust me, they were scary,” Ceecee said.

In the small town of Tchula, Mississippi, hail stones crashed against the windows of City Hall, as the mayor and other residents took cover during a tornado warning. “It was hitting against the window, and you could tell that it was nice-sized balls of it," Mayor Ann Polk said after the storm passed.

It’s rare that federal forecasters warn of major tornadoes with the potential for carving damages across long distances, as they did in Tuesday's forecasts. Tornado watches covering much of Louisiana and Mississippi were announced due to “a particularly dangerous situation,” the National Weather Service said.

“Supercells are expected to develop this afternoon and track northeastward across much of northeast Louisiana and central Mississippi,” the weather service said. “Parameters appear favorable for strong and long-tracked tornadoes this afternoon and early evening.”

The most intense wave of the storm was projected to move through Mississippi between 5 p.m. and 8 p.m., said Sarah Sickles, an NWS forecaster in Jackson, the state capital.

“Multiple rounds of severe thunderstorms — some capable of long-tracked tornadoes with EF3+ damage potential — will be possible this afternoon into tonight over parts of the lower Mississippi Valley region and Mid-South,” the Norman, Oklahoma-based Storm Prediction Center said.

Tornadoes with an EF3 rating on the Enhanced Fujita tornado scale can produce wind gusts of up to 165 mph.

Flood watches were issued for parts of southeast Mississippi and southwest Alabama, where 3 to 5 inches of rain could lead to flash flooding, the National Weather Service said.

Meanwhile, heavy snow was snarling traffic in some parts of the Upper Midwest.

Minneapolis-St. Paul International Airport tweeted Tuesday afternoon that its runways were closed due to fast snowfall rates and reduced visibility. Air traffic websites showed some inbound planes circling or diverting to other airports such as St. Cloud, Minnesota, and Fargo, North Dakota. The National Weather Service reported nearly 4 inches of snow on the ground at the airport by noon.