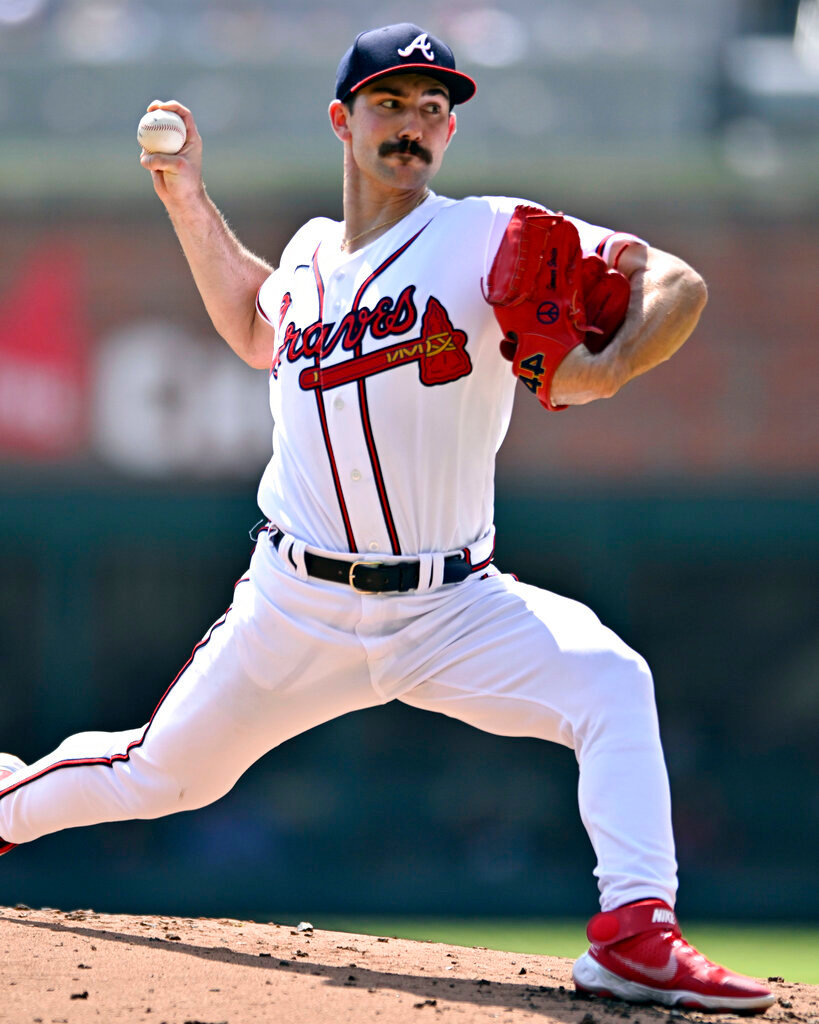 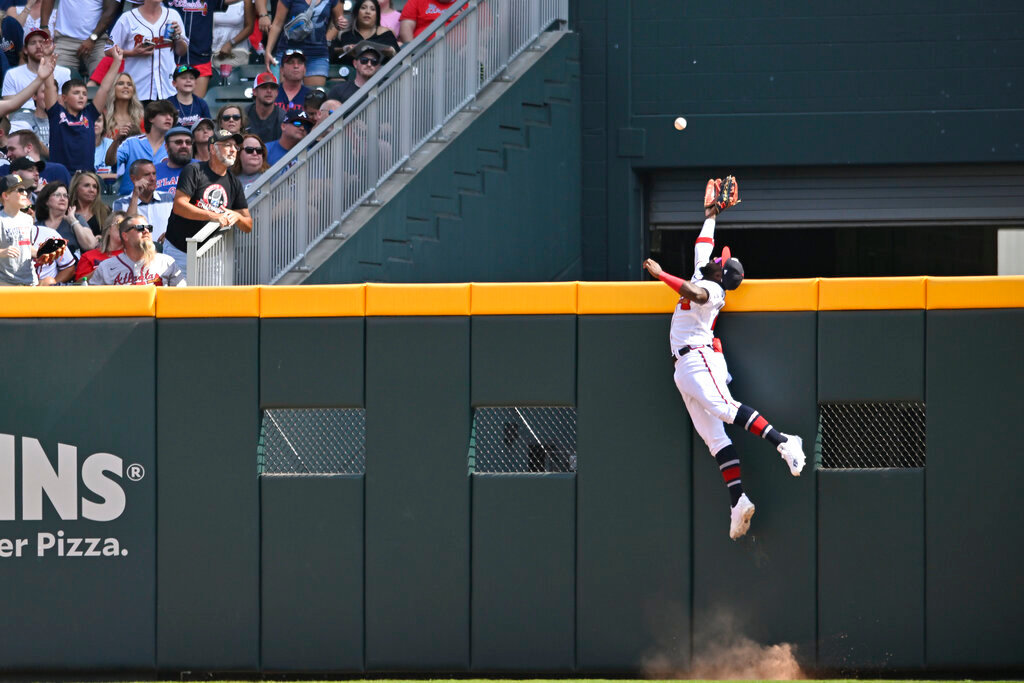 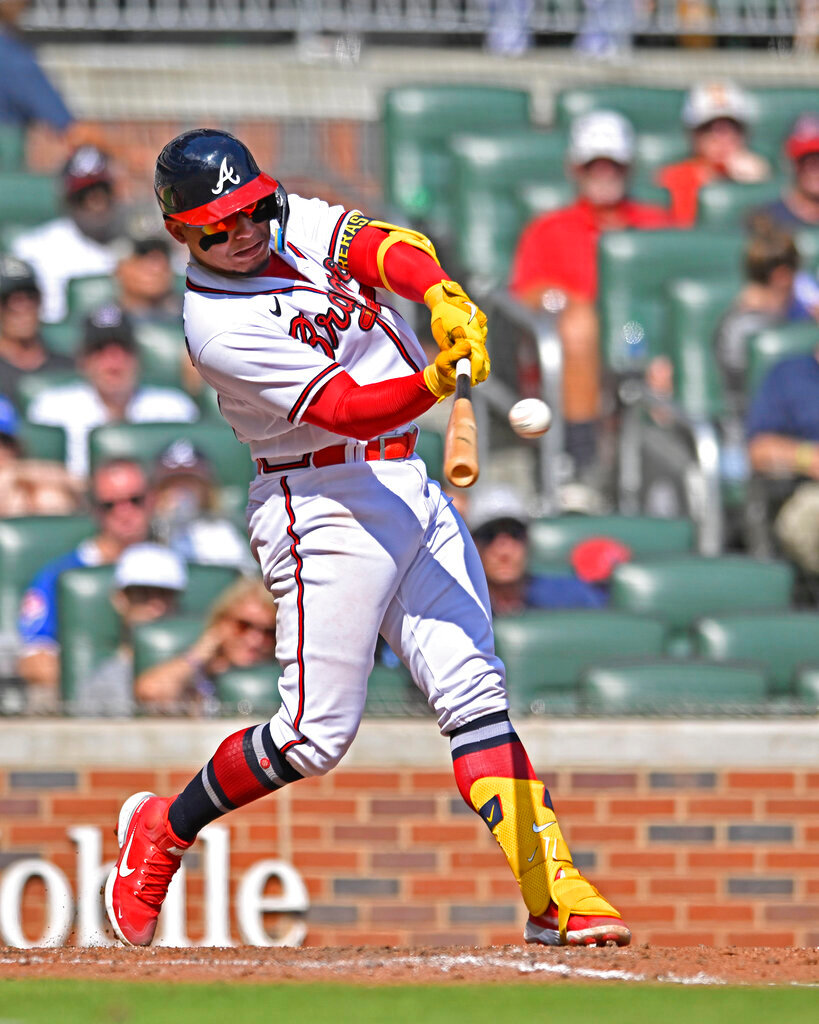 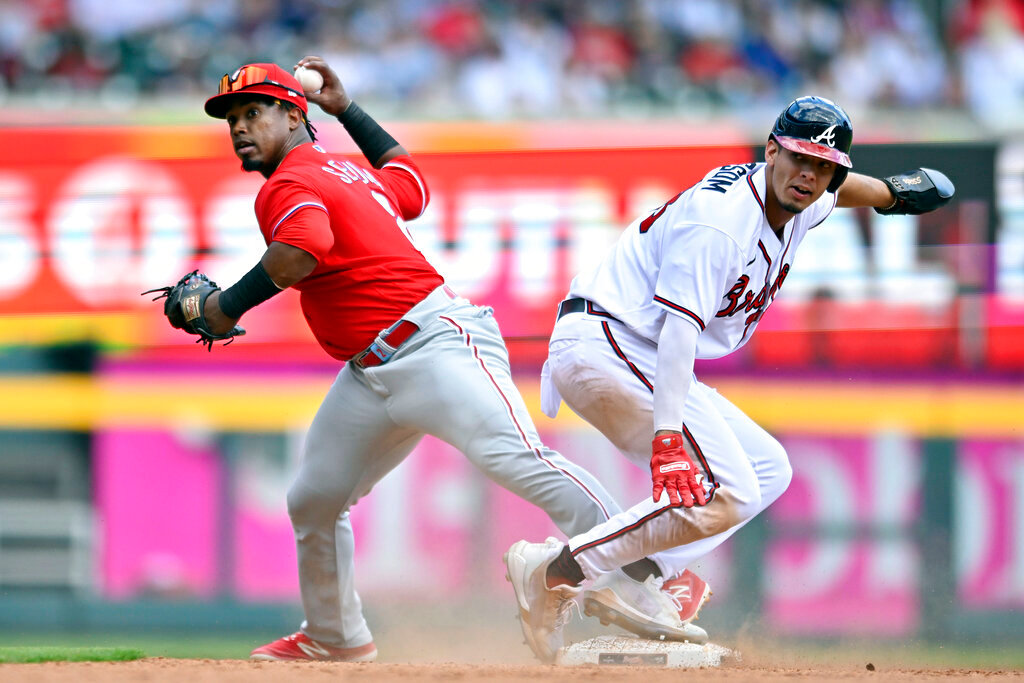 Strider is mowing down hitters, and the Atlanta Braves are locked in a tight pennant race.

“To get here in my first season, I’m lucky to be in this position and I’m very grateful that they had so much faith in me and moved me up here as fast as they did to give me this opportunity," Strider said after Sunday's 5-2 win over the Philadelphia Phillies finished a three-game sweep. “I’m excited for this next stretch here."

Strider took a no-hit bid into the sixth inning and struck out 10, and William Contreras hit a tiebreaking homer.

Strider (11-5) didn't allow a hit until Alec Bohm homered to tie the score 1-1. Rookie center fielder Michael Harris II looked as if he might catch the ball as he leapt, but it went just out of the reach of his glove and over the wall. Bohm’s 12th homer traveled 412 feet.

Contreras drove a changeup by Connor Brogdon (2-1) for a 410-foot shot into the left-field seats to make it 2-1 in the sixth.

Robbie Grossman, who drove in the Braves’ first run with a double in the third, hit his seventh homer to give the Braves a 3-1 lead against Sam Coonrod in the seventh. Austin Riley followed with a run-scoring single, and Marcell Ozuna added an RBI double in the eighth.

“I just try to do my part," Grossman said. “Every time I get a chance, I try to contribute. I'm lucky to be on this team. We played good baseball all the way around. When you have good pitching like we do, it's hard to beat us."

Atlanta improved to 68-28 since June 1, best in the majors over that span. The defending World Series champion Braves remained one game behind the New York Mets in the NL East.

Philadelphia started Sunday leading San Diego by one-half game for the second NL wild card. The Phillies were 59-34 since June 1, tied for the fourth-best winning percentage over that same span, but they have lost four straight after winning five in a row.

Strider gave up one run and one hit with three walks in six innings in his sixth double-digit strikeout performance. Three relievers finished a four-hitter.

Strider struck out Nick Maton to begin the fifth, reaching 200 strikeouts for the season and becoming the first Braves rookie with 200 in the modern era. Despite not making his first start until May 30, Strider began the day ranked fourth in the NL with 192 strikeouts in 128 innings.

“Like I said, I don’t think you can really — everybody tries to pinpoint specific checkpoints that they’re trying to achieve," Strider said. “I don’t think I was trying to strike out 200 guys in a season. That wasn’t a goal of mine. It was just to win games, keep us in games, things that I can control and have control over."

He is 4-0 with a 1.27 ERA in three career starts and one relief appearance against Philadelphia. The Phillies went 0 for 8 with runners in scoring position after beginning the game with the majors’ best average in such situations at .276.

“We just didn't score many runs," interim manager Rob Thomson said. “You know how offenses are. It comes and goes. We'll get it going."

J.T. Realmuto homered off Jesse Chavez in the ninth to make it 5-2.

The Braves have won eight straight home games, outscoring opponents 39-11 over that span, and have won 11 of their last 14 games against Philadelphia in Atlanta, outscoring the Phillies 75-44.

“I want to go deeper in the game," Falter said. “That's a good team. They battled. We battled. It just didn't go our way."