COLUMBUS and EAGLE’S LANDING – Christian education is vital because of one word – worldview. That’s the opinion shared by the heads of two Christian schools, both ministries of Georgia Baptist churches. 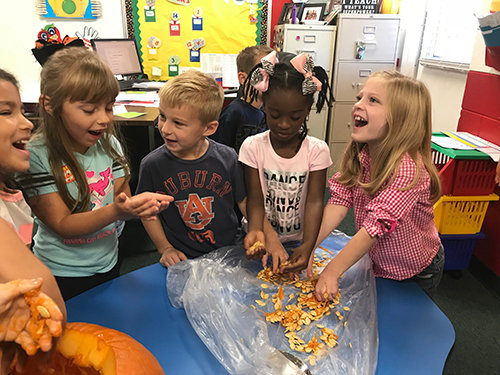 Students from Calvary Christian Academy enjoy cleaning a pumpkin for an activity. CCS/Submitted

After media outlets learned of and reported on Karen Pence’s employment and the school’s strict moral code, news spread. In response on Jan. 18, Chris Stroop, an Indianapolis-based writer and activist, shared some of the qualms he had with his Christian education. Individuals within the Twitterverse followed suit.

The criticism was only exacerbated by the initial online response to a confrontation between boys from Kentucky’s Covington Catholic High School and a Native American activist during the former’s trip to Washington, D.C. following the March for Life.

Many tweets and news reports claim the fault with Christian education is “indoctrination” of students. However, Chuck Gilliam, head of school for Eagle’s Landing Christian Academy in McDonough, doesn’t see it that way at all. The school was founded and is operated through Eagle’s Landing First Baptist Church.

“Our value proposition to our parents is that we want to train our students to have a biblical worldview,” Gilliam shared. And although Eagle’s Landing operates “with an evangelistic model as a mission,” meaning that they accept students from many faiths, “what we tell those parents is that our teachers will be professing Christians, and our curriculum will be focused on training them for all of life, every content area through the lens of God’s word.” 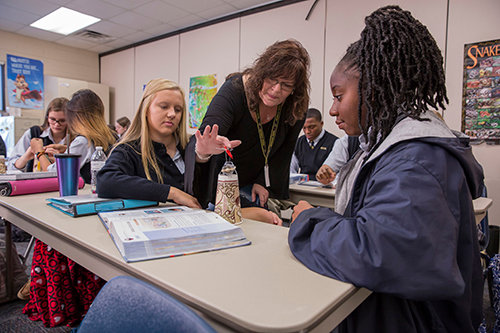 Chuck Gilliam: "...our teachers will be professing Christians, and our curriculum will be focused on training them for all of life, every content area through the lens of God’s word." ELCA/Submitted

Gilliam continued, “The overarching purpose is we believe that that worldview has eternal significance.”

And in Gilliam’s opinion, teaching worldview in the Christian school is crucial because, by and large, the church isn’t doing it.

Gilliam explained, “So you have most students today who spend eight hours a day in a public school setting and they go to church a couple hours a week. And if they have an intentional family, maybe they might get a little bit of worldview [at home]. But outside of that, they don’t get any. By the time they get to college, when you’re seeing 50+ percent of SBC kids and evangelical kids in general leaving the faith, it’s because they haven’t been trained in an understanding of Christian apologetics.”

To properly combat this trend of students leaving the church, they should be taught not only about salvation, “but also training them in their worldview to defend the faith,” he said.

Gilliam sees that a Christian school can create what the world needs right now, “a strong Christian apologist, someone who can truly go out in the marketplace of ideas and talk about what they believe. Most kids just can’t do that.”

The sentiment is echoed by Jim Kohn, headmaster at Calvary Christian School, a ministry of Calvary Baptist Church in Columbus.

Christian education aids the child to encounter the world biblically, Kohn shared. “I believe that there should always be a Christian education, so every Christian parent has the opportunity to help their child think God’s thoughts and develop a biblical worldview.”

Kohn continued, “But each of us as parents, we’ve had entrusted to us the most precious possession we can. Our responsibility is to make the best decisions for that son or daughter. And for those of us who think a kid should learn to think Christianly, a Christian school is the best way for the education to back up what is the parent’s priority.”

Both Gilliam and Kohn see that their respective schools are not only equipping students with a biblical worldview, but filling unique needs within their communities. 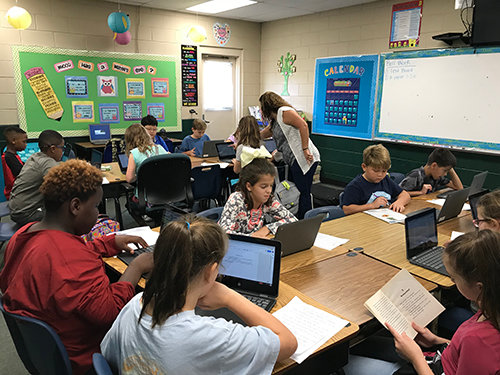 Jim Kohn: "I believe that there should always be a Christian education, so every Christian parent has the opportunity to help their child think God’s thoughts and develop a biblical worldview." CCS/Submitted

At Calvary Christian School, a K3-12 institution with an enrollment of nearly 720 in its 42nd year of operation, they’re uniquely focused on equipping each student in whatever his or her area of gifting may be.

Headmaster Kohn explains, “We are committed to offering excellence in academics, athletics, and the arts. And why that’s so important is because every kid is gifted differently. So we need to be able to have programs that stretch every kid to the full extent of their God given abilities in the arts, in athletics, and in academics.”

He continued, “So, you may not be on a track to head to Harvard or Duke or an Ivy League school, but if you are – if you have that kind of intellect – we’re committed to having an academic program that stretches you so you’re a good communicator and  a good thinker. So when you go off to college, whichever college that is, you’re ready. Maybe you’re a baseball player and have a 70 mph fastball, but you need to have a 90 mph fastball to be successful. Well that’s what we’re committed to doing, stretching every gift you’ve been given to the fullest extent.”

In addition to their “rigorous academic culture,” Eagle’s Landing is also a K3-12 institution with an enrollment of 975. Operating under different names since 1970, it is unique in the realm of Christian schools because, as Gilliam shared about Henry County, it’s “truly reflective of our community.”

With an enrollment that is around 50 percent African American and 50 percent Caucasian with other ethnicities enrolled, “we also focus energy on the celebration of diversity from a biblical standpoint.”

ECLA has adopted the acronym “G-R-A-C-E” (Gender, Race, Age, Culture, Economics). The school dedicates itself to focusing on each facet.

Joseph Evangelista sees so much value in Christian education. As someone who attended Calvary Christian Academy from three years old until his graduation in 2017 and spent his first year out of high school teaching overseas in a Christian school, he’s gotten to experience it from both sides.

Evangelista is thankful for the space his Christian education provided for him to grow spiritually. He’s also thankful that although the Christian school he attended offered shelter from the “evils of the world, they are not naïve enough to believe we’re not going to encounter it. So, they prepare us well for life once we graduate Christian school.” He felt CCA uniquely equipped him and his classmates to enter whatever stage of life they would be going to after graduation – public college, the workforce, or the military. 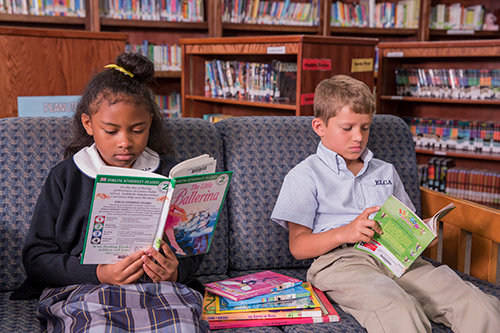 Another benefit he reaped from his Christian education was that after 15 years of Bible class each day, “biblical knowledge is kind of second nature to me.” And although “knowledge is not what we strive for, it helps build faith when we know the Bible.”

Each week, Evangelista was required to memorize scripture. “So even as a small kid, I don’t think I was a Christian yet because I wasn’t able to understand, I was still constantly in the word. And that really did help me in my walk toward becoming a Christian and even after becoming a Christian,” he shared.

But Evangelista understands that, for some students, being a “Christian school kid” gives them a false sense of security, similar to thinking one’s a Christian because they attend church, he explains. He just sees that as another opportunity for God’s grace to “shatter that complacency.” He’s also not naïve enough to think that the shelter Christian schools build always works out perfectly.

However he’s thankful for the shelter it gave him and felt it prepared for real life.

Proclaiming support from the pulpit

In the current climate of hostility toward Christian education, it’s important that churches and pastors step up and support these schools, Gilliam encouraged.

“They sometimes can be hesitant because they fear it may cause issues within their church,” he explained. “But if they see the its value and what it does for students’ worldview, I think they should be bold enough to proclaim that from the pulpit. I know that may cause some dissention within the congregation, so they’re going to have to help support it.”

Gilliam continued, “I think many pastors are doing that in the state. I think it starts with them. With churches saying, ‘We value it.’ And if they’re not going to do it, why should we expect anyone else to?”